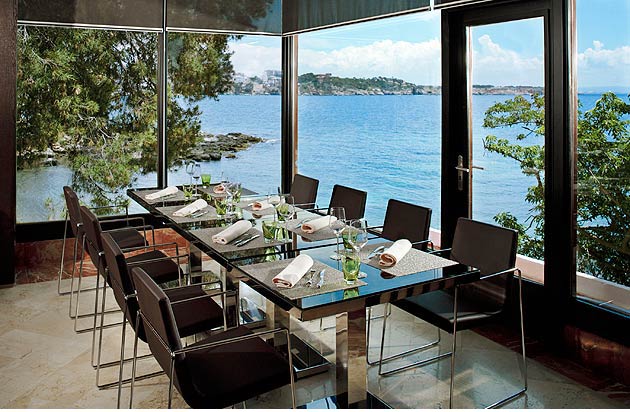 Mallorca is sprinkled with beautiful beaches and contains many tourist hotspots. But if you prefer your Mediterranean holiday to be presented with added history and culture, you should consider visiting Calvia.

Situated on the western side of the island, the town houses churches and homes dating back to the 17th century as well as the remains of a Roman villa. Yet it sits side by side with modern culture attracting the yachting crowds thanks to luxurious marinas packed with superyachts and Michelin starred restaurants. The Philippe Starck-designed restaurant and shopping village in Port Adriano is a particular highlight.

The new Mallorca is certainly transforming itself into the Med’s most richly appointed isle. It’s where the King of Spain has his summer home, and the island now has 22 five star hotels and another 25 classified as rural deluxe.

To get a really good feel for the area, we took a trip to Calvia. Just 15 minutes from Palma, we stayed at the adults-only Melia de Mar hotel. Considered to be one of the finest examples of modern architecture in the Balearic Islands, its seven floors rise over the Mediterranean Sea. My suite with a sea view with no less than two separate balconies complete with sun loungers was an attraction in itself. The room was large enough to entertain a handful of guests due to the living and dining area. But with less than two days in the resort, time was seriously precious.

One of the best ways to explore the isle is by yacht so we hired one from Puerto Portals marina. From there we were able to take in some of the luxurious spots doted around the coastline including multi-million Euro villas with spectacular views as well as numerous docked ocean cruise ships with private helipads. There’s something about being at sea that brings about a healthy appetite, so a stop at the jetsetters Mallorca beach club, Nikki Beach was welcomed. A place where Mallorca’s ‘in crowd’ can be found topping up their tans on exotic, oversized plush lounge sun beds sipping champagne. It’s also a place where you can expect to find good food in huge portions. Globally inspired cuisine in the shape of fresh fish and meat were served one after the other in the most extravagant of dishes. 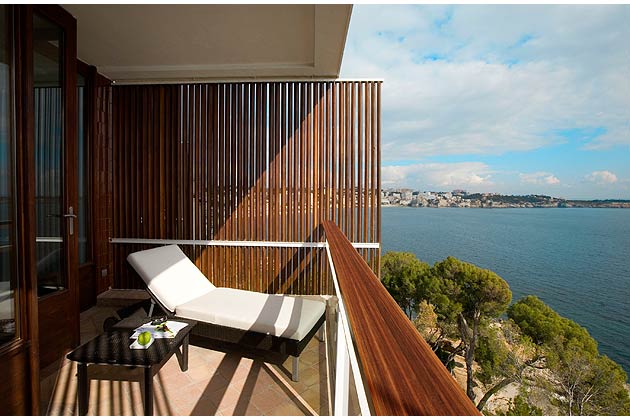 Just as well Calvia offers excellent sporting facilities to keep waistlines at bay. The area boasts some of the most favourable sporting conditions attracting golfers, sailors and cyclists alike. Bradley Wiggins’ Sky team is well renowned for training across the peaks of Tramuntana. Amateur sports enthusiasts can enjoy a number of hikes, cycling routes, or running trails. With a 11km long network of hiking trails which connect coasts with mountain ranges and valleys, fitness minded tourists will not be bored in a hurry. We took a hike along Sierra de Na Burguesa which was quite steep but totally worth it to get some great views of the island. 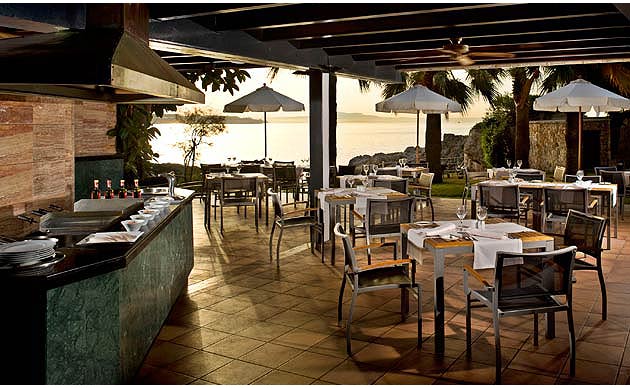 Dining in Mallorca doesn’t happen much before ten o’clock so we had time to squeeze in a pre-dinner drink at Abaco in Palma. The bar is famous for its cocktails but be warned they are strong. But sipping them slowly is no problem as there is plenty to see as you admire this gem of a place which can be easily missed as it’s situated behind big wooden gates on a cobbled street. The restaurant that was to follow didn’t disappoint either. On par with the bar, ‘Simply Fosh’ is housed in the Refectori of the 17th century Hotel Convent de la Missio in the old town of Palma. Chef-proprietor Marc Fosh is hailed as one Britain’s most successful culinary exports. In fact, in 2002, Marc became the first and only British chef to be awarded a Michelin Star in Spain.

His style of cooking focuses on combining ingredients together to produce modern yet simple dishes with clean tastes and big flavours. We went for the seasonal tasting menu which consisted of five courses. The two starters were Mango Gazpacho and Hake with a Herb Crust. The mains consisted of Black Leg of Chicken, Young Almond Rice, Elderberry and Apricot. And to finish like the starter we had two desserts. Suffice to say there wasn’t any room for a coffee. Our stay in Calvia really was far too short. The next day I just had time to squeeze in some lounging time back at the hotel’s Bali day beds by the pool followed by an hour long massage at the property’s YHI Spa, to recharge my batteries before embarking on my flight back home.  But as it’s just over two hours flight time by air from the UK with guaranteed year-round sunshine, a return visit is easy to fit in. 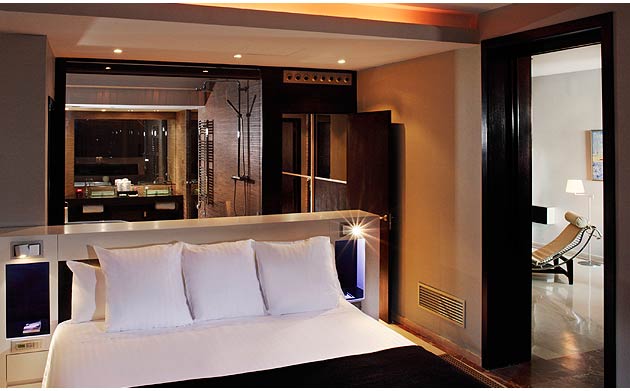