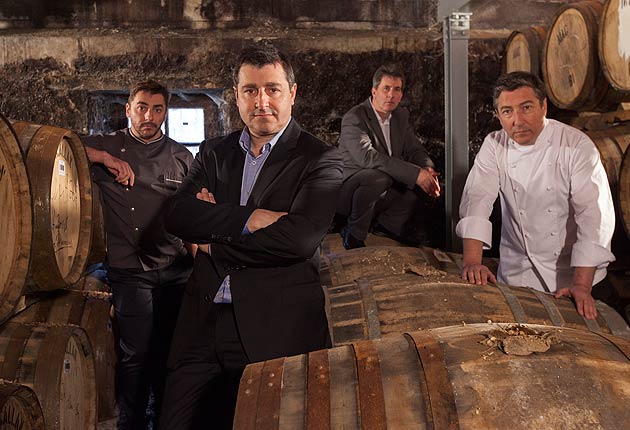 The Macallan has unveils its latest exciting collaboration “The Macallan Masters of Taste”, combining the supreme craft and innovation of two of the world’s leading masters to create the ultimate taste experience.

Sitting at the very top of the World’s Best 50 restaurants, El Celler de Can Roca in Girona, Spain, has come together with The Macallan, the world’s ultimate luxury single malt Scotch whisky, to collaborate and innovate in the field of taste and cuisine.

The Roca Brothers – Joan, Josep and Jordi – have combined their collective vision and diverse skills to extraordinary effect that saw them secure the world number one position in April of last year. A Catalan family restaurant at heart, El Celler de Can Roca’s philosophy is grounded in an evolutionary and modern approach.

The Macallan continues to sit at the pinnacle of single malt whisky, by combining a long-standing commitment to the highest quality with a passion and desire to innovate and challenge the traditions of whisky making. Together these partners share the core values of craft, mastery, skill and innovation and have collaboratively crafted a new vision of bringing the worlds of whisky making and craft cuisine together to create something totally unique.

The Masters of Taste will see The Macallan and the Roca Brothers unite their creativity and thinking to create an ultimate experience in taste. The most immediate outcome of this exciting new collaboration will be “The Ultimate Dinner with The Macallan and Roca”, six prestigious charity dinners held at El Celler de Can Roca throughout June and July 2014.

For six dates in June and July 2014, the dinners are open to a very limited number of people globally at a cost of $10,000 per head. With a key focus on charitable giving, the net proceeds from the dinners, together with a further contribution from The Macallan will go to charity.

“The Ultimate Dinner with The Macallan and Roca” will involve the most exquisite combination of gastronomy and whisky making, from exclusively designed dishes, inspired by the flavour and character of The Macallan, to an outstanding range of The Macallan whiskies from unreleased single cask malts through to M, the world’s most expensive whisky. The combination of this menu and the collection of fine whiskies served are being exclusively created for these charity dinners and will not be served anywhere in the world aside from on these six occasions.

For more information on booking “The Ultimate Dinner with The Macallan and Roca”, visit www.themacallan.com.