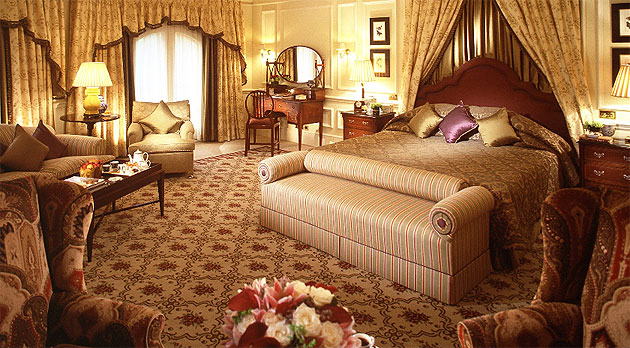 The four minute Moments Of Delight Film takes viewers on a journey around the world of Mandarin Oriental, and features many imaginative moments of delight that guests experience when staying with the award-winning brand. Filmed at Mandarin Oriental hotels worldwide, including scenes from Hong Kong, Tokyo, London and New York, the film showcases the Group’s hotels in an original and inventive format.

This edition includes footage from the Group’s most recent openings in Barcelona, Paris and Las Vegas. It also features a specially created soundtrack that has been written and performed by the powerful and sophisticated singer, musician, composer, choreographer and Mandarin Oriental fan, Sa Ding Ding.

Rising star Sa Ding Ding was born in Inner Mongolia and is a product of modern China. She melds Eastern and Western music and has created her own language where new words are formed from the emotions evoked by music.

The original soundtrack that accompanies Mandarin Oriental’s film is based on a traditional Chinese folk melody, which has been recreated by Sa Ding Ding in a unique and distinctive way. “I was inspired by my own interpretation of modern Chinese music and my particular, personal style to recreate this piece,” says Sa Ding Ding. “I hope that this rendition conveys my vision of the orient and the happiness that I feel in music.”

‘Moments of Delight’ combines the traditional and contemporary in an elegant and interesting way, and therefore fits beautifully with our brand image, We hope that the film, and Sa Ding Ding’s beautiful musical rendition of a traditional Chinese folk song,  will provide our guests with inspiration for many of their own moments of delight when staying at Mandarin Oriental hotels around the world,” said Jill Kluge, Mandarin Oriental Hotel Group’s Director of Brand Communications.

The Moments Of Delight Film was created and filmed by Ian Henry, talented Writer / Director from Campbell Kane Films.