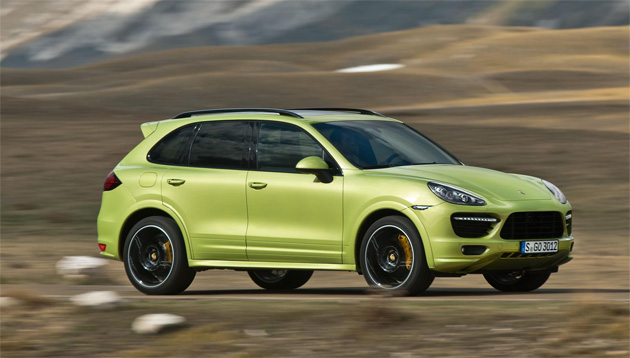 The new Porsche Cayenne GTS builds on the Cayenne model’s reputation as the most sporting SUV, offering a more powerful engine, increased dynamic power development and a tauter chassis with lower ride height. 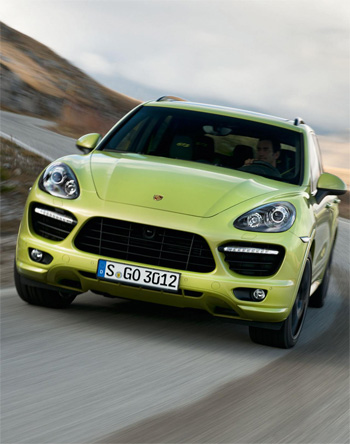 While the Porsche Cayenne GTS sits between the Cayenne S and the Cayenne Turbo in the range, its own special character enables it to be differentiated clearly from its siblings. Beneath the bonnet of the Porsche Cayenne GTS lies an uprated 4.8-litre V8 engine, with 420 hp (309 kW), based on the Cayenne S power unit. Power transmission is via the eight-speed Tiptronic S with integrated auto start/stop function. The engine and gearbox have each been tuned to deliver particularly sporting levels of responsiveness, with the consequence that the Porsche Cayenne GTS sprints from a standing start to 62mph in 5.7 seconds, reaching 100 mph in 13.3 seconds. The top speed is 162mph and the Combined fuel consumption on the NEDC is 26.4mpg.

The chassis settings have been modified to further raise the dynamic ability of the Cayenne. The suspension is more tautly tuned and equipped with Porsche Active Suspension Management (PASM) as standard, while the body is lowered by 24mm relative to the Cayenne S. As a result, the GTS is even closer to the road and handles with trademark composure and agility.

The appearance of the Cayenne GTS clearly proclaims its pronounced sportiness with eye-catching features including the front-end styling inspired by the Cayenne Turbo. Further design details include window surrounds and trims in a high-gloss black finish, prominent side skirts and wider wheel arches plus a distinctive roof spoiler with twin-wing profile.

From behind the wheel, the Porsche Cayenne GTS offers a sporting interior ambience courtesy of a bespoke interior finished in leather and Alcantara, and front sports seats with eight-way adjustment. Further standard features include a SportDesign steering wheel with paddle-shift, sports exhaust system and Bi-Xenon headlights.