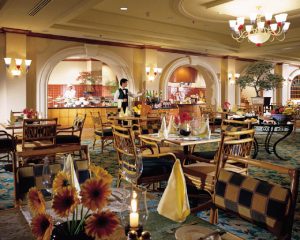 Shangri-La Asia Limited announced today the development of a new hotel in Liaoning Province, Yingkou, a coastal city located in the north-western portion of the Liaodong Peninsula, China.  The new Shangri-La Yingkou hotel will open in 2015 and join the group’s growing portfolio of north-eastern China properties in Changchun, Dalian, Harbin and Shenyang bringing the total number of hotels in the region to eight in the next few years.

The 400-room Shangri-La Yingkou hotel will be an urban resort in Bayuquan, a popular tourist destination as well as the city’s fast growing economic development district.  The hotel will be located close to the beach and appeal to business and leisure travellers alike.

Starting from 45 square metres, each guestroom in the Shangri-La Yingkou hotel will feature a spacious balcony where guests can enjoy views of Liaodong Bay.  Culinary outlets will include a Chinese, speciality and an all-day dining restaurant as well as the Lobby Lounge.  Meeting space will feature a 1,500-square-metre grand ballroom and a 1,000-square-metre multifunction space.

Recreational facilities at the Shangri-La Yingkou hotel include a health club with indoor and outdoor swimming pools, a spa and a hot-spring village.  A 1,400-square-metre family entertainment centre and children’s adventure zone with extensive facilities will also be available for guests travelling with family.

Yingkou, with nearly 200 years of port history, is about 170 kilometres from Shenyang, the capital city of Liaoning.  It is an economically important city and is a popular leisure destination.  Rich in mineral resources with one of the world’s top reserves of magnesite, Yingkou’s other key industries include textile, tourism, port logistics and seafood processing.  With its location in the Bayuquan district, the new hotel will provide a good base for both leisure and business travellers to visit the Wanger Mountain Scenic Area, Moon Lake Park or the Hejia Valley ski slopes, hot springs and golf course.  A high-speed railway connects Yingkou with Dalian and travellers will reach the hotel in less than 10 minutes from the station.  A new airport is under development and expected to be completed in 2013.