The 4th edition of the biennial charity auction ONLY WATCH closed with an outstanding result of EUR 4,563,000. The star of the auction was the Patek Philippe, Ref. 3939  achieving the magnificent amount of €1.4m

In the presence of HSH Prince Albert II of Monaco, Ronnie Wood – guitarist of the Rolling Stones ‐, Salle Belle Epoque of hotel Hermitage in Monaco was transformed into a magnificent auction room, full of smiling bidders, that contended for the 40 lots of unique watches with the buyers connected on-line or by phone from worldwide.

“With € 4.5 million, the result of the auction is more than exceptional. Only Watch 2011 is the fruit of an excellent collaboration between the watchmakers, the partners, the media, the organisers… 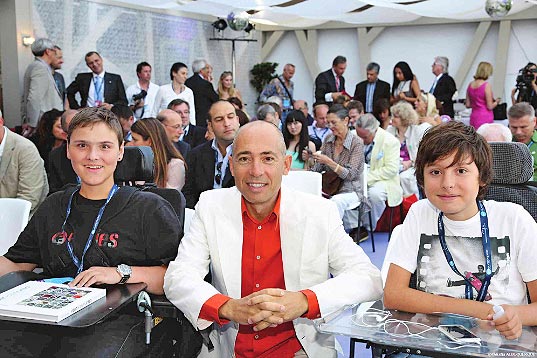 but it is first a stunning, sincere and generous work achieved by men and women coming from different horizons who joined their strong and joyful energies to create a mountain of hope in research on Duchenne Muscular Dystrophy”, declared Luc Pettavino, President of Association Monégasque contre les Myopathies and Founder of Only Watch.

His son, Paul, 15 and affected by Duchenne Muscular Dystrophy, said: “Only Watch is a fabulous event. With € 4.5 million, the amount raised today is twice more than the funds collected at last edition in 2009! But what is also great with Only Watch is that we are all united by human warmth and solidarity”.

The total proceeds will enable to continue and even increase financing research, organising the round tables of the ICE scientific project (International Collaborative Effort): “Thanks to Only Watch, we are able to finance the ICE program, started in 2008. This program gathers together 15 international teams of researchers, clinicians and scientists who work on therapeutic solutions on
Duchenne Muscular Dystrophy and specifically on the Exon skipping, the gene and cell therapies. The success of Only Watch 2011 goes beyond our hopes and will undoubtedly allow us to finance clinical tests and develop new research projects”, explained Luis Garcia, Director of Research at CNRS (French National Centre for Scientific Research).

The auction concluded a worldwide summer tour exhibited in Bangkok, Singapore, Hong Kong, Shanghai, Beijing, Tokyo, Los Angeles, New York, Milan, Geneva and Monaco. “The amazing outcome achieved today is the result of the perfect co-operation between 40 of the most prestigious and creative watchmakers united to auction an exceptional collection of one‐off pieces, an intensive world tour organized in the right locations to reach the watch aficionados and most specialized connoisseurs and the continuous and considerable efforts to increase the collectors awareness on this project”, commented Julien Schaerer, Managing Director and Auctioneer at Antiquorum Geneva, co‐organisers of the 2011 edition with Association Monégasque contre les Myopathies and the Monaco Yacht Show.

“It is just fantastic. Exceptional timepieces raising the bids just as much as lifting our hearts, because the strength of Only Watch is very much there: the communion of the most beautiful energies around an international but above all human adventure; the faithful support of HSH Prince Albert II of Monaco, the strong commitment of the 40 watchmakers, the organisers, the partners and the bidders in the room, online or by telephone. The Monaco Yacht Show supports Association Monégasque contre les Myopathies since 2001 and co‐organises the thematic Only Watch auction since its first edition in 2005”, concluded Gaëlle Tallarida, Managing Director of the Monaco Yacht Show. 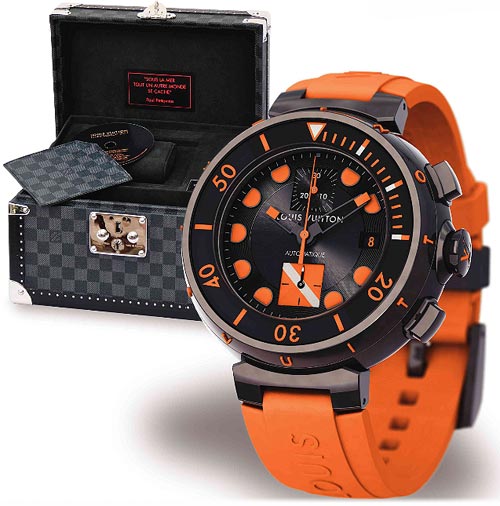