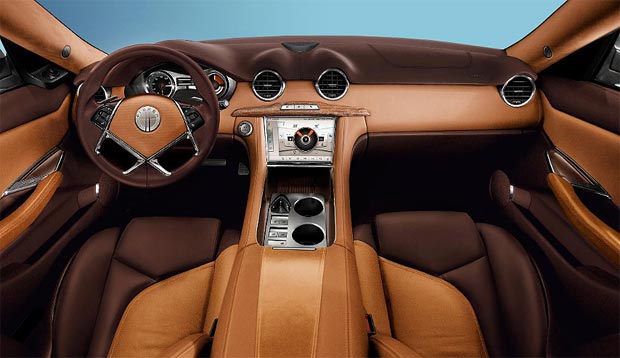 Recognised for its interior quality amongst other attributes, the Fisker Karma was BBC Top Gear James May’s personal pick, and heralded by editor Charlie Turner as the car that shows “the future is nothing to be afraid of” and that the “automotive world order is changing, and fast”.

The bulk of the Fisker Karma’s luxurious interior material on the EcoStandard™ and EcoSport™ models comes from Bridge of Weir, with seats, steering, dash, door-casings and the centre-console trim all wrapped in the Scottish company’s locally produced Low Carbon Leather™. 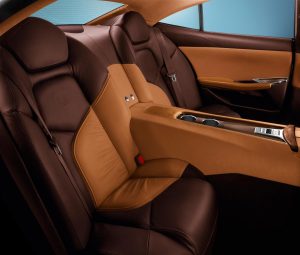 Top Gear is not a medium known for supporting things low carbon and environmentally friendly, as leading green motoring commentator Gavin Conway states in his article on TheChargingPoint.com: “Top Gear is all about powerful, beautiful, exotic, aspirational and fun-to-drive cars.  The Fisker Karma has all of these features, but it just so happens to drive its wheels with electricity.” Jonathan Muirhead, Bridge of Weir Leather Company chairman, said: “Our congratulations to Fisker on the Fisker Karma electric car’s success in the Top Gear Awards.  A success made all the sweeter coming from a high-octane, internal combustion engine-loving medium like Top Gear magazine.  We’re very proud to be Fisker’s leather supplier of choice, and like to think that our Low Carbon Leather™ interior in the Karma helped in some way secure its crown as the 2011 Luxury Car of the Year.”

Thanks to an average of just 96 kilometres travelled by Bridge of Weir’s hides from abattoir to tannery (most of the world’s leather is sourced from South America several thousand kilometres away), and the industry’s first thermal energy plant converting waste to energy, Bridge of Weir boasts the most environmentally friendly leather in the world.  It is also among the world’s most luxurious; chosen by Aston Martin, Vertu smart phone handsets, the world’s only seven-star hotel and many other names synonymous with splendid materials.

Pricing and availablity of the Fisker Karma

Like the rest of the Fisker range, the award-winning Fisker Karma heavily features Bridge of Weir’s leather, and can accelerate from 0-60mph in 5.9 seconds; yet also achieve the equivalent of more than 100 miles per gallon.  With just 83 g/km CO2 emissions in real world driving on an annual basis, the Fisker Karma is now on-sale across Europe, priced from around €85,500, Low Carbon Leather™ included.