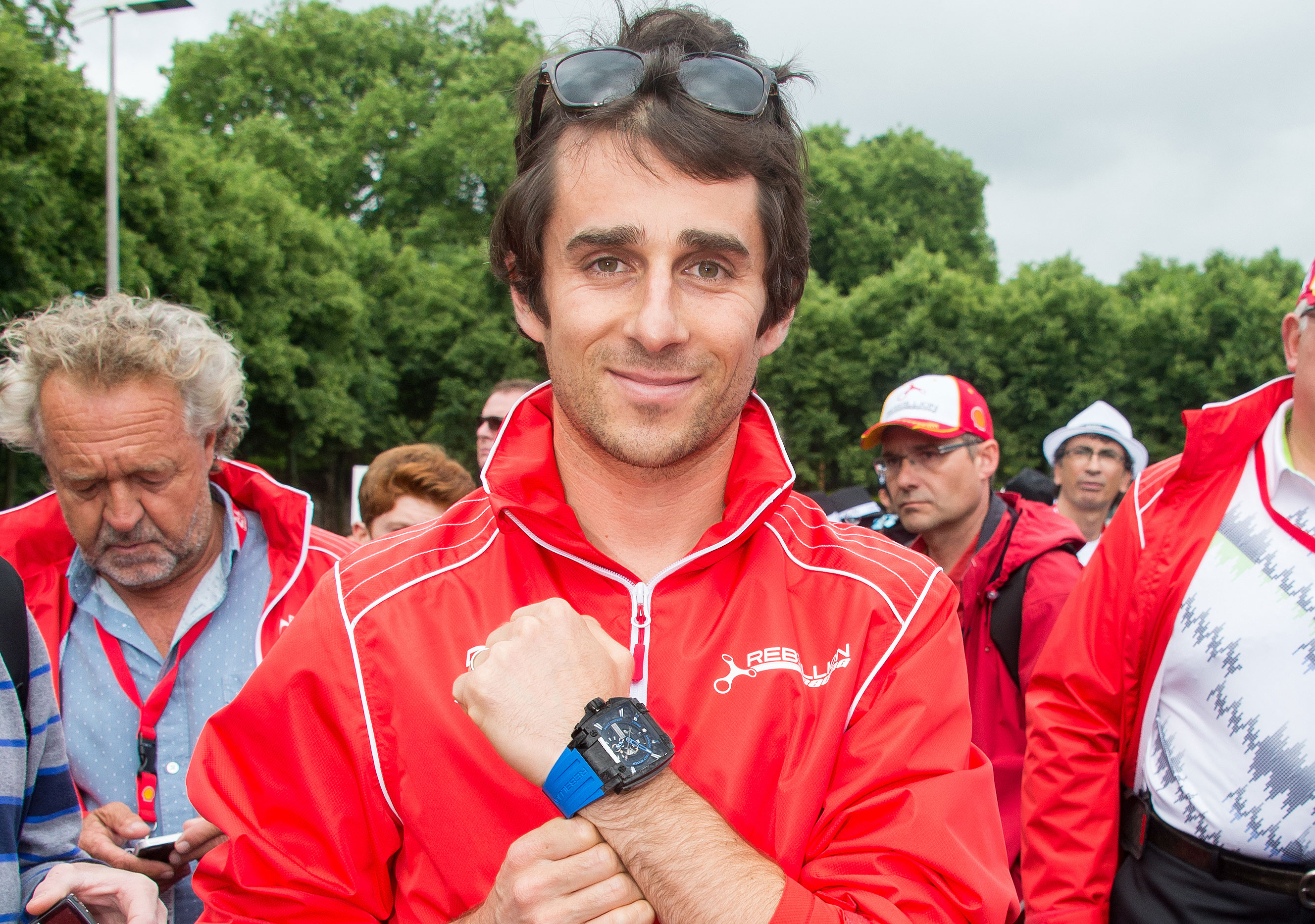 Only Watch  is a biennial charity auction, supported by the leading watch brands with the overall aim of raising funds which will go directly into supporting research into Duchenne Muscular Dystrophy (DMD), for those that may be unaware, the condition is a rare genetic illness: one birth in 3,500 and is characterized by progressive muscle degeneration and weakness. It is one of nine types of muscular dystrophy. DMD is caused by an absence of dystrophin, a protein that helps keep muscle cells intact. Symptom onset is in early childhood, usually between ages 3 and 5. The disease primarily affects boys, but in rare cases it can affect girls. 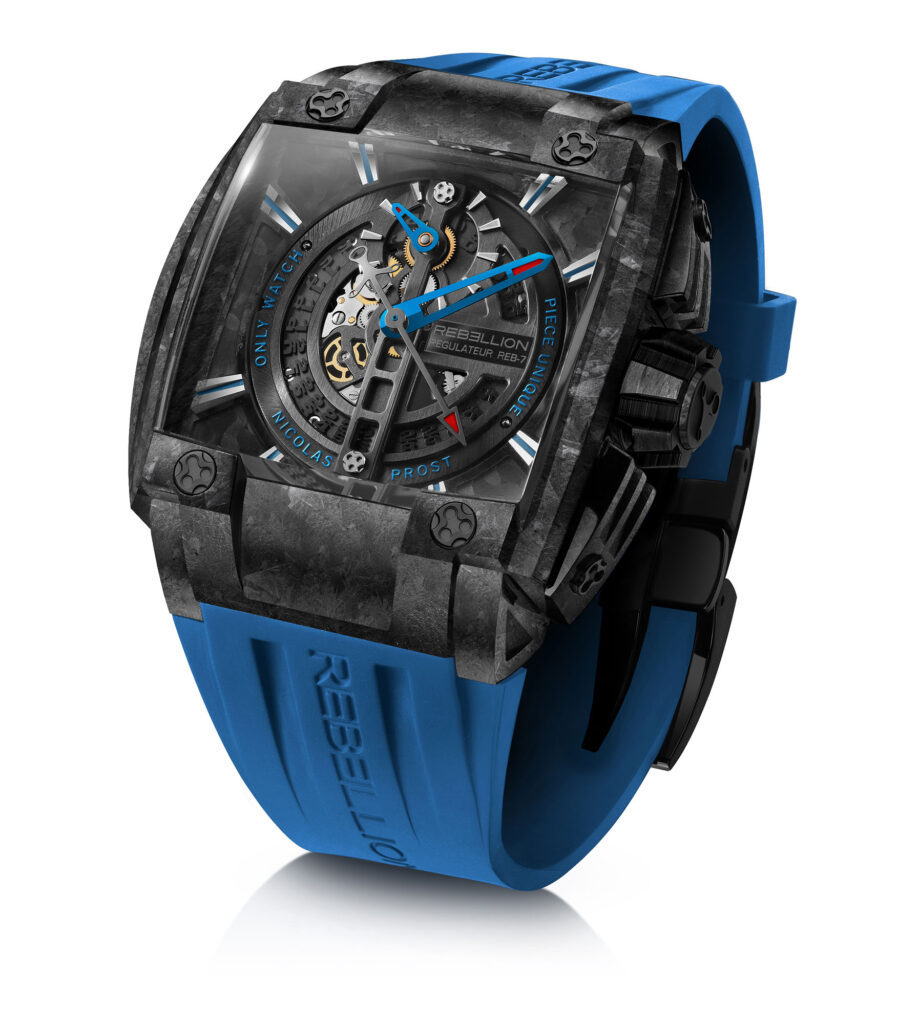 For Only Watch 2015, Rebellion is donating a unique piece REB-7 Forged Carbon Regulator, which will be delivered by Rebellion Racing driver Nicolas Prost (see image above) along with a signed helmet and gloves.

Developed to the exacting specifications of Rebellion’s master watchmaker, Laurent Besse, the movement of the REB- 7 is audacious in terms of both its technical innovation and strong aesthetics. With this unique piece REB-7 in a forged carbon case for Only Watch, Rebellion brings the historic regulator into the 21st century.

It’s fantastic news that so many great watch brands like Rebellion are supporting the Only Watch auction. Rebellion will be one of 40+ brands all of which have donated very special timepieces. Other fine watch brands taking part include Breguet, De Bethune, Chopard, Girard-Perregaux, Jaquet Droz, MB&F, Patek Philippe, Vacheron Constantin and Zenith to name but a few. Only Watch 2015 will be the sixth edition of the event and for the first time it will be held in Geneva. It will be organised by Association Monégasque contre les Myopathies, the Monaco Yacht Show and Phillips auction house in association with Bacs & Russo.

The warmth towards the Only Watch event and the charity shown by the watch industry can best be summed up by its founder and President of Association Monégasque contre les Myopathies, Luc Pettavino:

“Eternity may be here but time is of the essence. Again, Thank You” 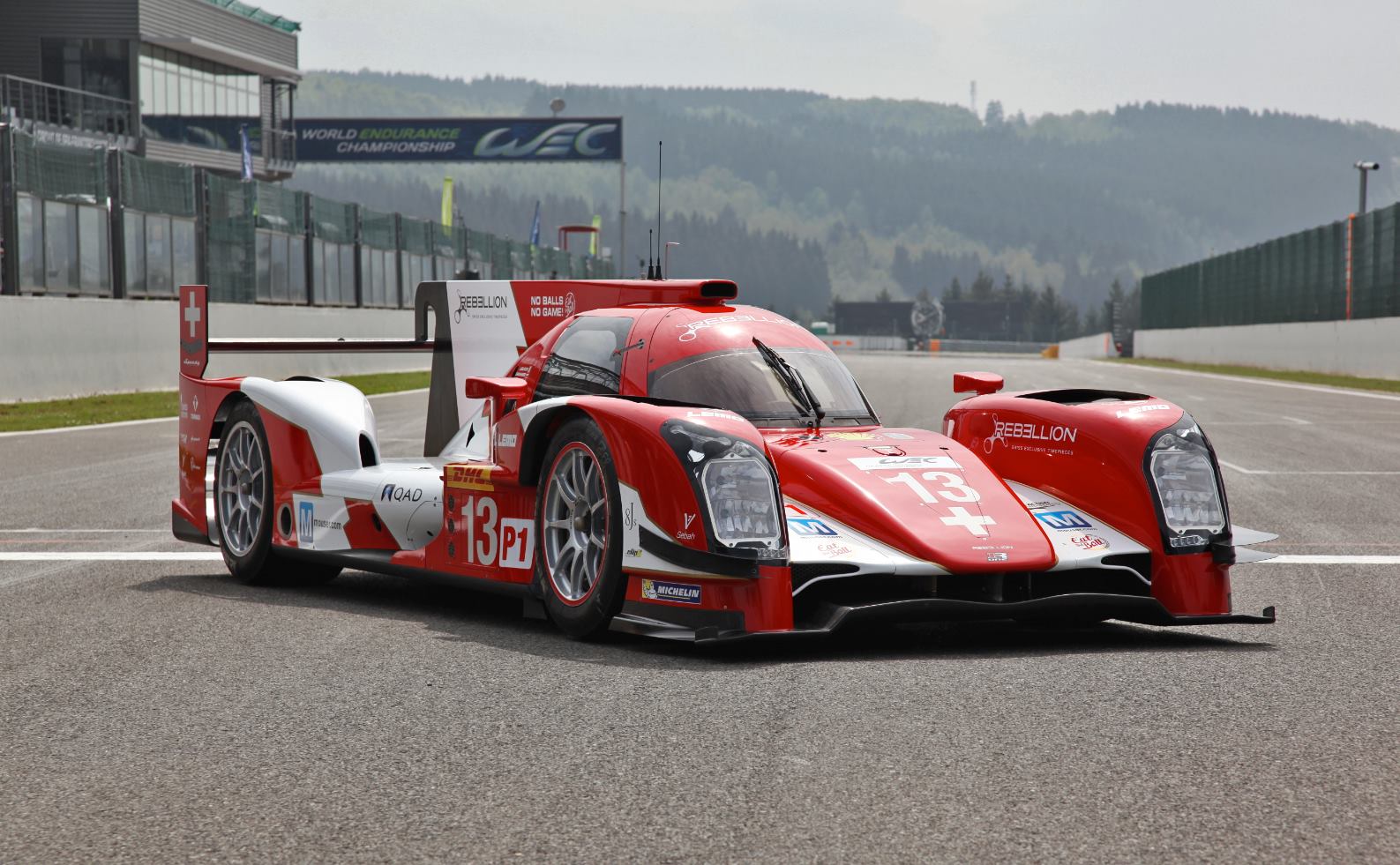