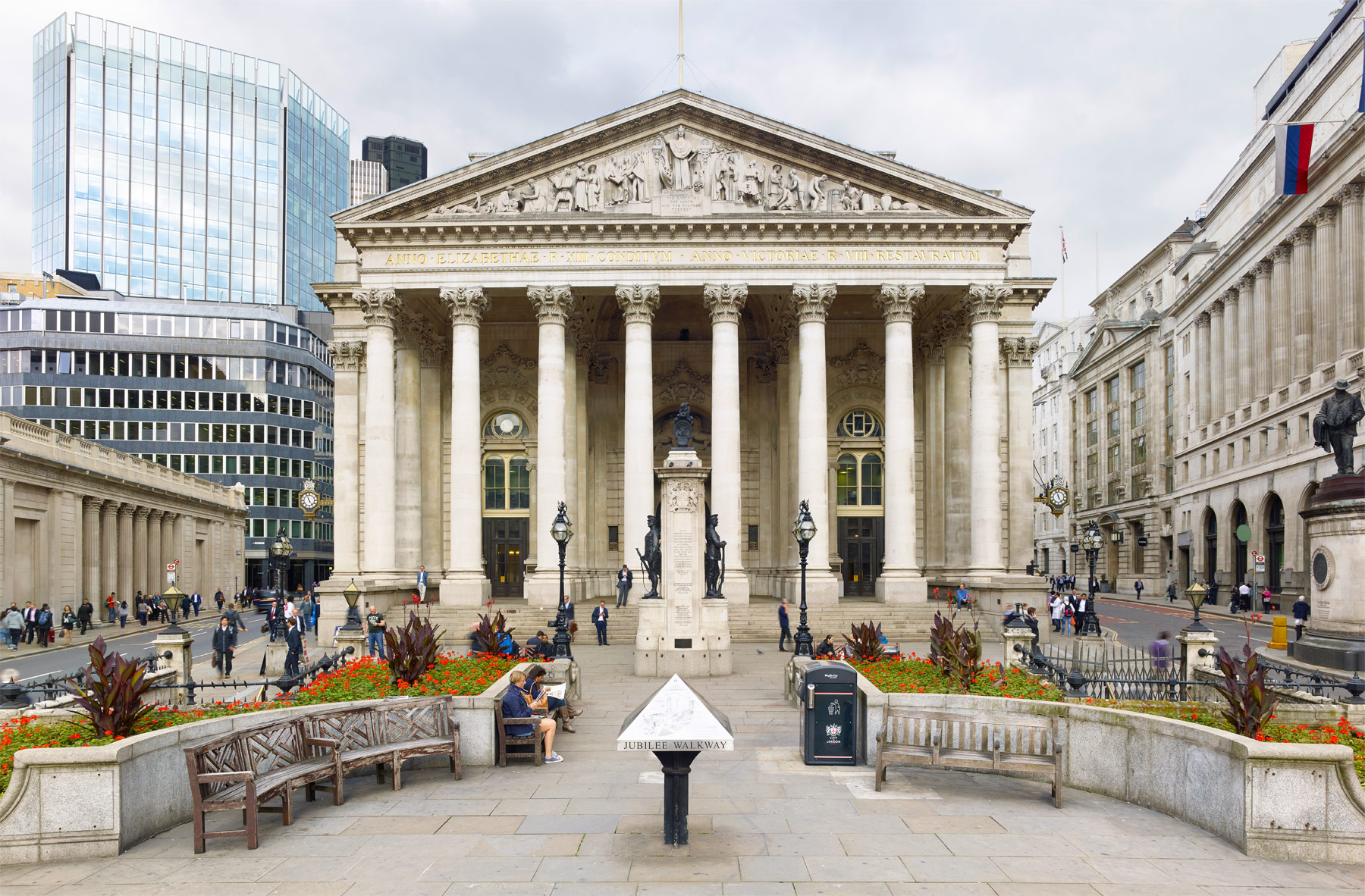 The Royal Exchange is the famous home of luxury shopping for the City of London; the imposing William Tite designed columned facade overlooking Bank station is not unlike in design the Pantheon that overlooks the Piazza della Rotonda in Rome.

The site was originally opened in 1571 by Queen Elizabeth I as a place for London to exchange goods, as both words of the name would suggest. Stockbrokers were curiously banned from the site until the 17th century, a humorous and historic note considering its location in what is now one of the financial epicentres of London. 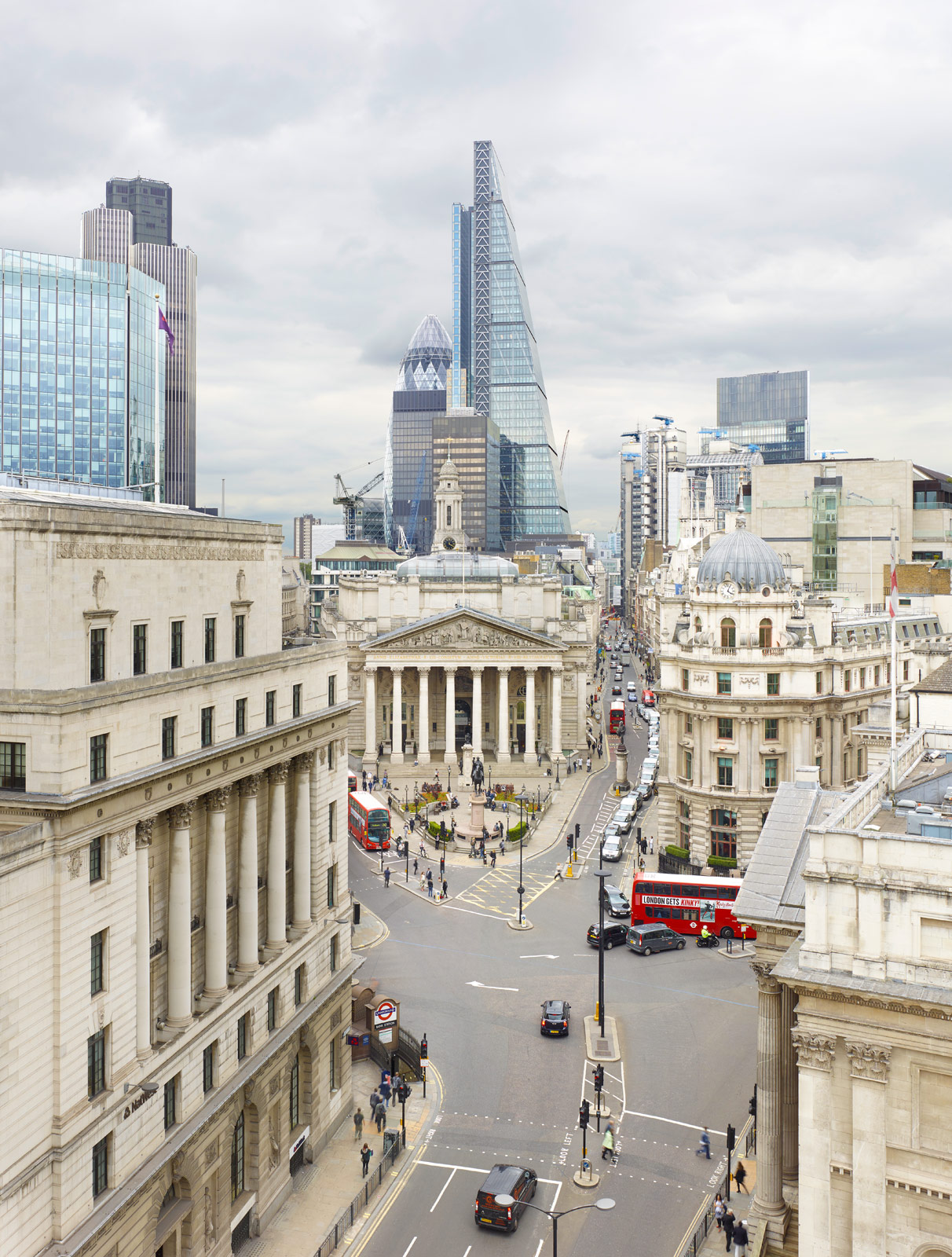 The original building on the site, founded by the then-prominent merchant Thomas Gresham, perished in the great fire of London in 1666. A replacement building, designed by Edward Jarman and opened in 1669, lasted 169 years before burning down as well. Tite’s building, which finished construction in 1844 still stands today, presumably with excellent fireproofing throughout.

Today, the Royal Exchange remains true to its retail roots, this time around with wealthier clientele in mind. The interior is if anything even more spectacular than the outside, with the internal courtyard covered by the glass ceiling 175ft above you. No quips, please.

A few of the notable boutiques that call the Royal Exchange home include Watchfinder & Co, Bremont, Tiffany & Co, Omega, Montblanc, and Boodles.

Watchfinder & Co, founded in 2002 specialises in the luxury second-hand watch market. Don’t scoff – their most expensive sale to date was £350,000 Patek Philippe Grand Complication back in 2010. They have an extensive back catalogue of watches and if they don’t have it in stock, you can be sure they can source it. 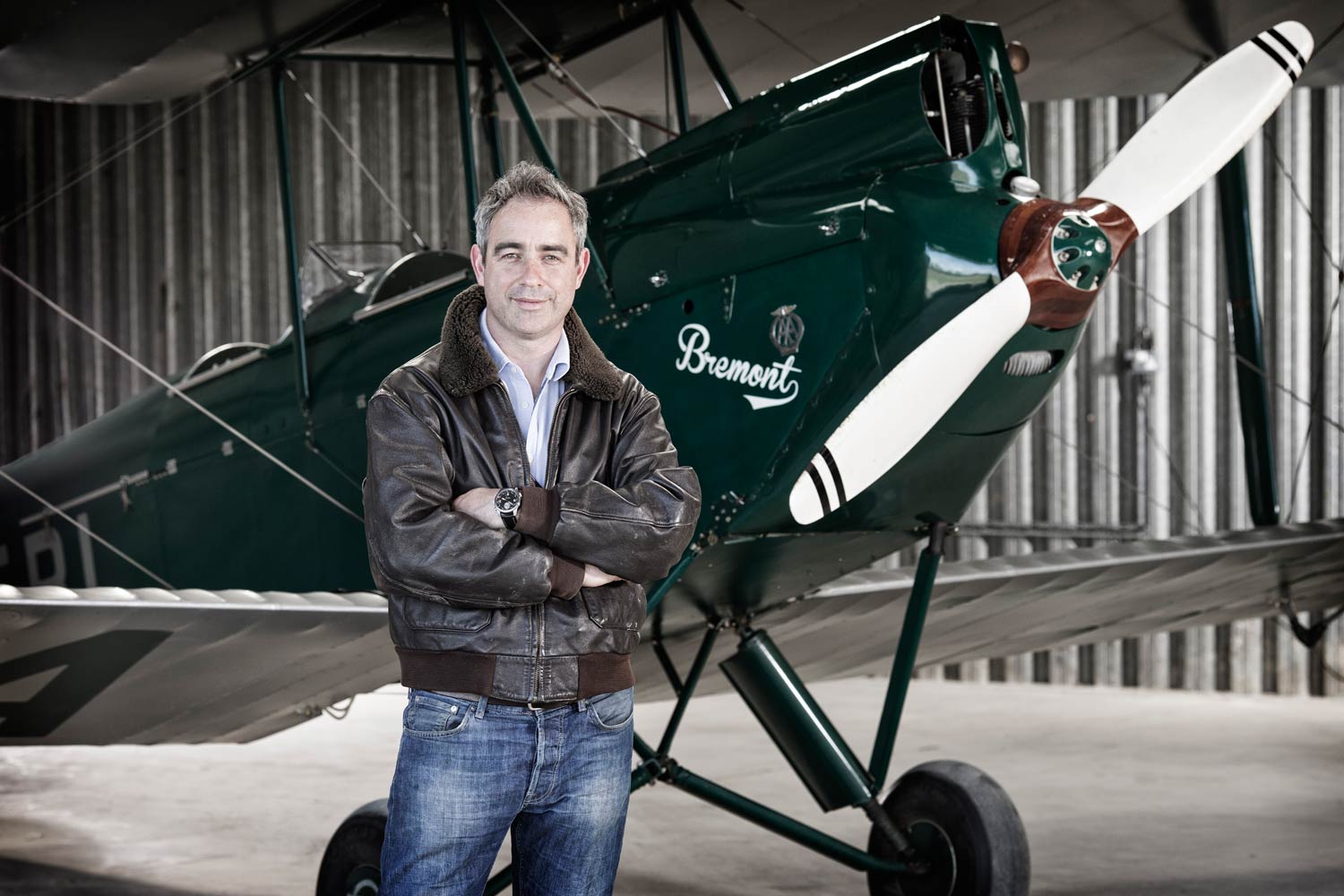 Bremont, the relatively young and proudly British watch brand taking it to the Swiss juggernauts of the industry, has developed somewhat of a cult following since its founding by the charismatic brothers Nick and Giles English back in 2002. Drawing from the brothers’ own passion for the aviation world, they have produced some notable timepieces in their history including one watch which contained part of the Wright brothers’ famous plane.

Watches of Switzerland need no introduction to you watch aficionados out there. Carrying a comprehensive stock of all the finest watches Switzerland has to offer, from James Bond’s Omega to the diamond encrusted upper echelons of the Rolex range you can be sure to find that ‘holy grail’ timepiece you have always wanted. 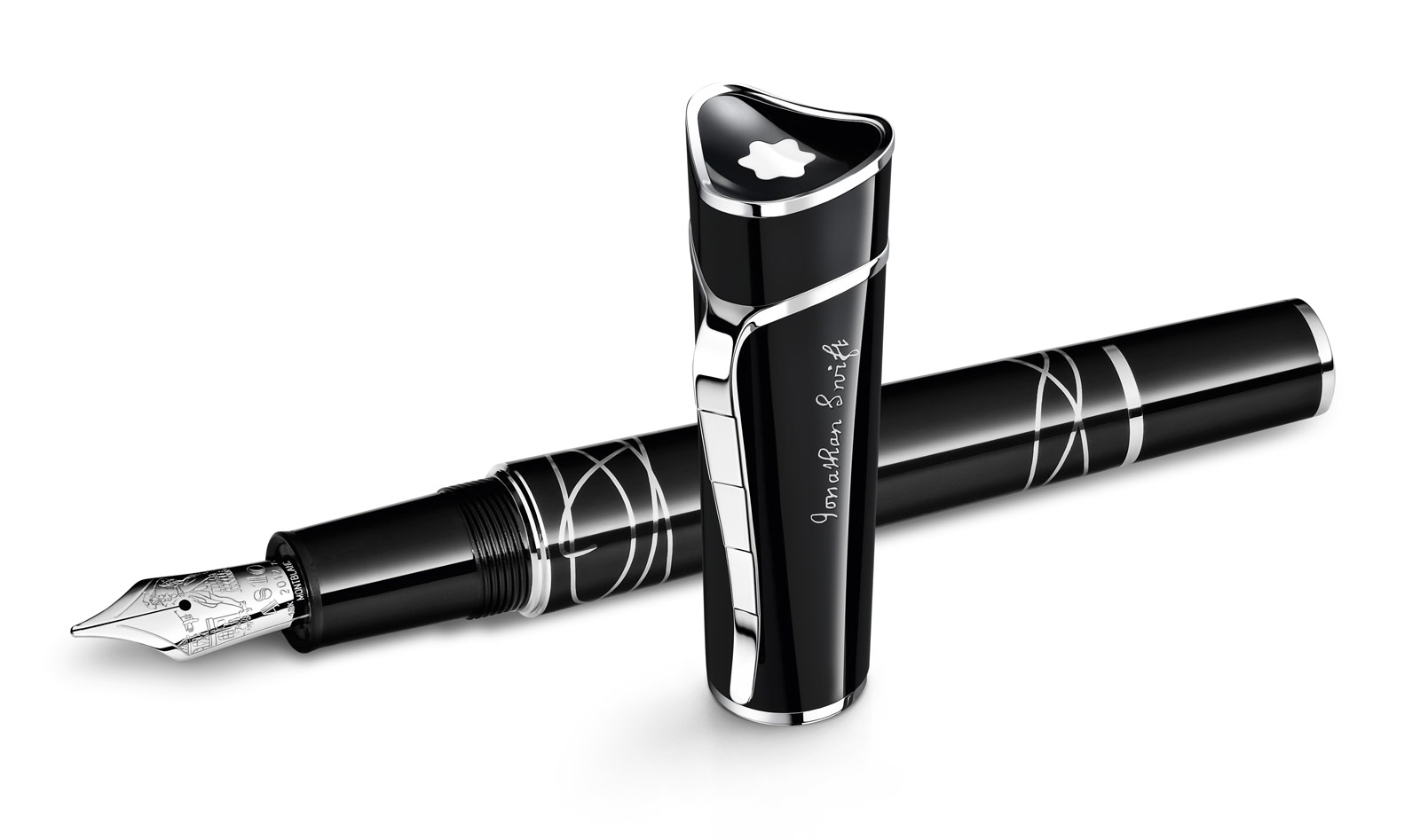 Montblanc, famous for its pens that adorn the pockets of every self-respecting CEO has recently been making leaps and bounds in the watch world. Their initial offerings featured relatively pedestrian stand swiss movement, but they have now been extensively modifying the internals and have even produced a proper world timer watch. They are definitely now worth considering for the horological connoisseurs. 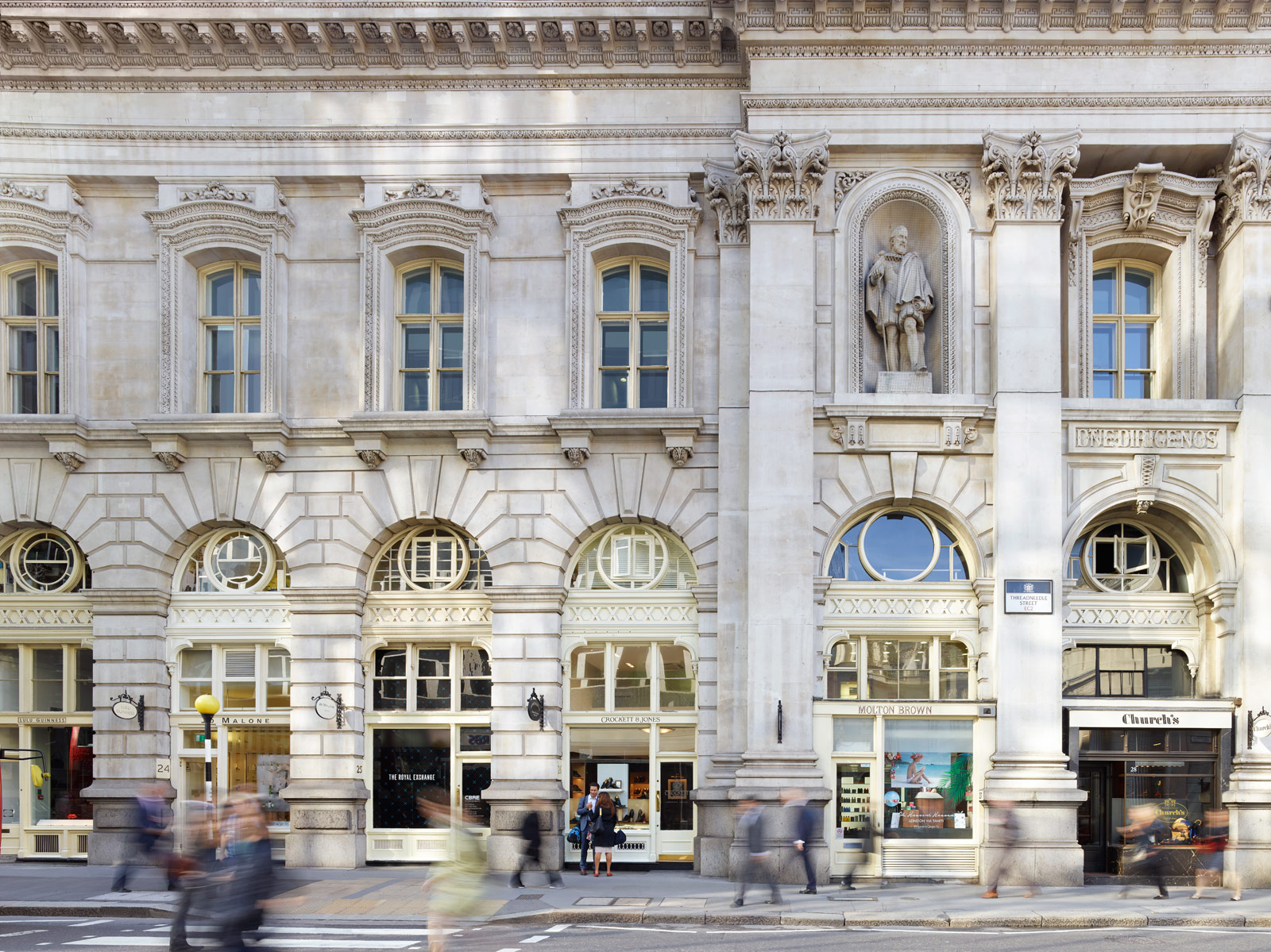 The Royal Exchange – Where and how

For more information and a full list of the restaurants and boutiques, go to www.theroyalexchange.co.uk