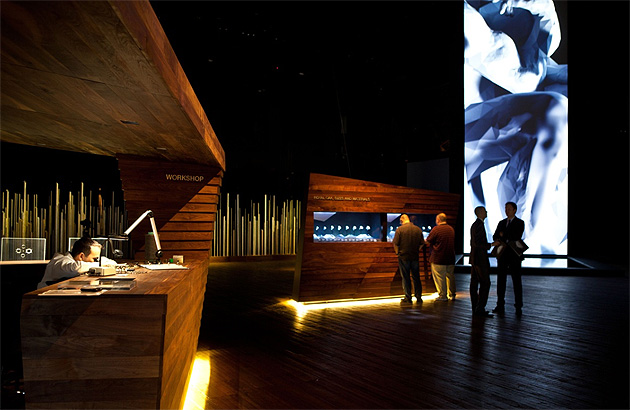 The Royal Oak 40 Years: From Avant-Garde to Icon, A Journey Through the Origins of an Iconic Timepiece. 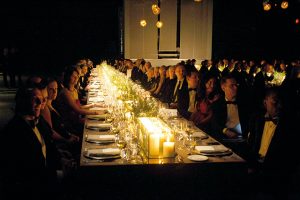 To celebrate the 40th anniversary of Audemars Piguet’s iconic timepiece Royal Oak; the world’s first ever luxury sports timepiece, the Swiss Manufacture has assembled a unique exhibition that is open to the public for four days only beginning March 21st through 24th at the Park Avenue Armory.  These rare watches, from the very first Royal Oak in 1972 to the latest models, will be revealed in an exhibition showcasing the brand’s ability to innovate and create

Using design, photography, sound and film from three unequivocally 21st century artists, Sebastien Leon Agneessens, Quayola, and Dan Holdsworth, the Manufacture has curated an exhibition of 100 exceptional timepieces set against the backdrop of a stage that underscores Audemars Piguet’s origins, mastery and artistry.  Apart from 100 iconic timepieces and invaluable memorabilia dating back to the beginning of the 70s, visitors will also have the opportunity to visit a watchmaker’s area including a brocading dial machine where they can closely observe the artistry of Audemars Piguet’s craftsmen.

The exhibition displayed images taken by photographer Dan Holdsworth and a film by digital artist Quayola. In celebration of the opening night, the Manufacture hosted an invitation-only, black tie gala for 200 guests; many of whom traveled from around the world to attend.  The Park Avenue Armory, one of New York City’s most iconic landmarks was the perfect setting for the magical evening. 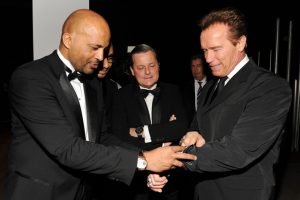 Sound, also an integral part of the evening’s program was provided by The Irrepressibles; a band Audemars Piguet selected because of its reflection of one of the brand’s core values: audacity. The band’s theatrical stage presence captured the crowd’s attention and was one of the evening’s highlights.

Renowned caterer Olivier Cheng created an exceptional 3-course menu with Swiss influences for the dinner held at 3- 60’ long tables set in the Armory’s spectacular main hall, which were dramatically decorated with glass containers holding foliage reminiscent of the landscape of the Le Brassus region where Audemars Piguet was founded.

A special thanks to Château Malartic-Lagravière who graciously provided wines for the New York City dinner as well as the subsequent exhibition events globally. The Bonnies as well as the Audemars and Piguet families share the same values and passion for excellence, mastery and artistry and embark together on this worldwide journey.  Further thanks to Champagne Nicolas Feuillatte for their exceptional Palmes d’or Cuvée Speciale 1999 vintage served during the cocktail reception and dinner.

Arfan Mohammed’s Guide to Choosing the Perfect Watch for Christmas