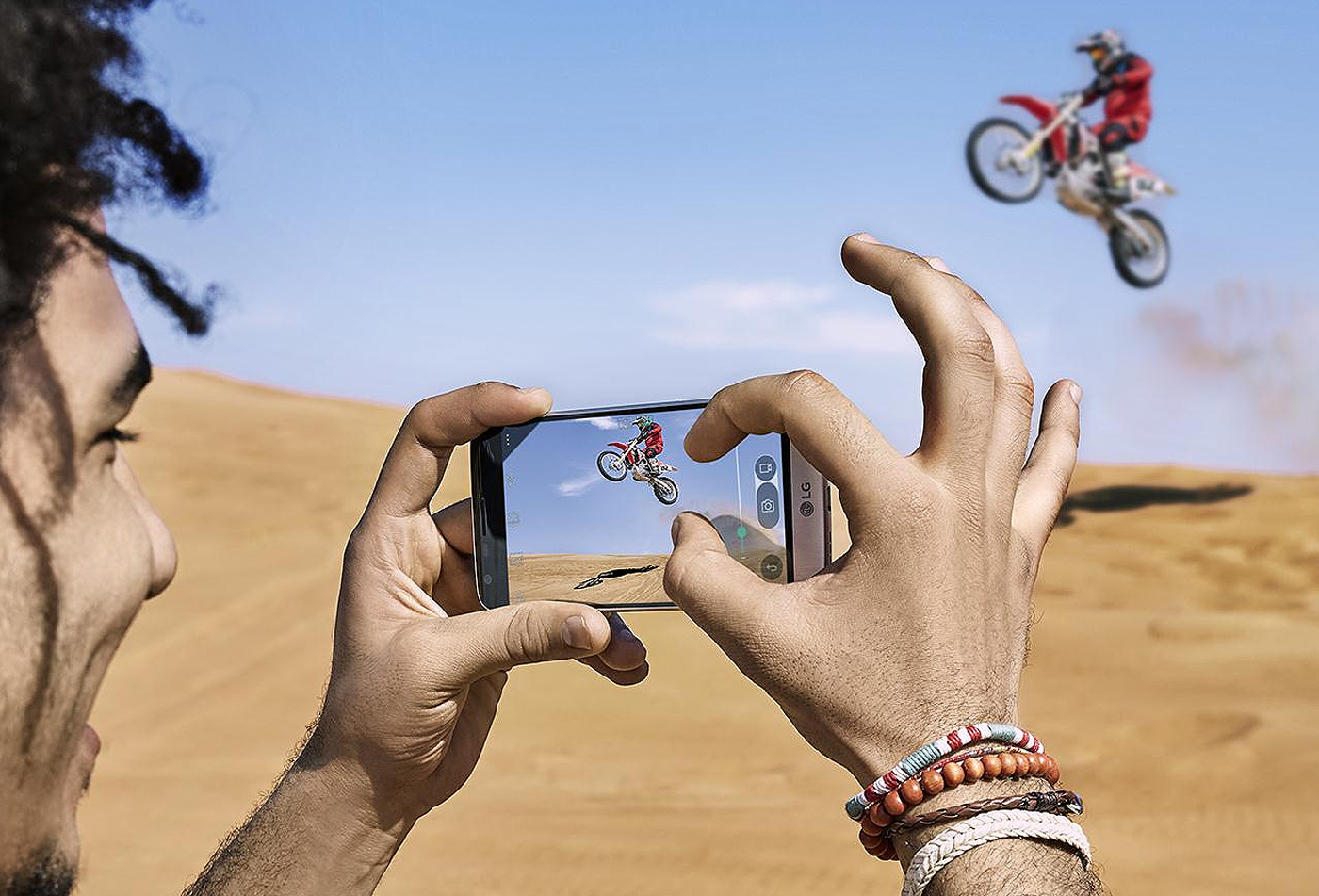 The LG G5 will debut in South Korea on March 31 and the United States on April 1 to be followed by countries in Europe, Asia and the Middle East, among others. Approximately 200 carriers and operators worldwide have committed to offer the G5 in their local markets. 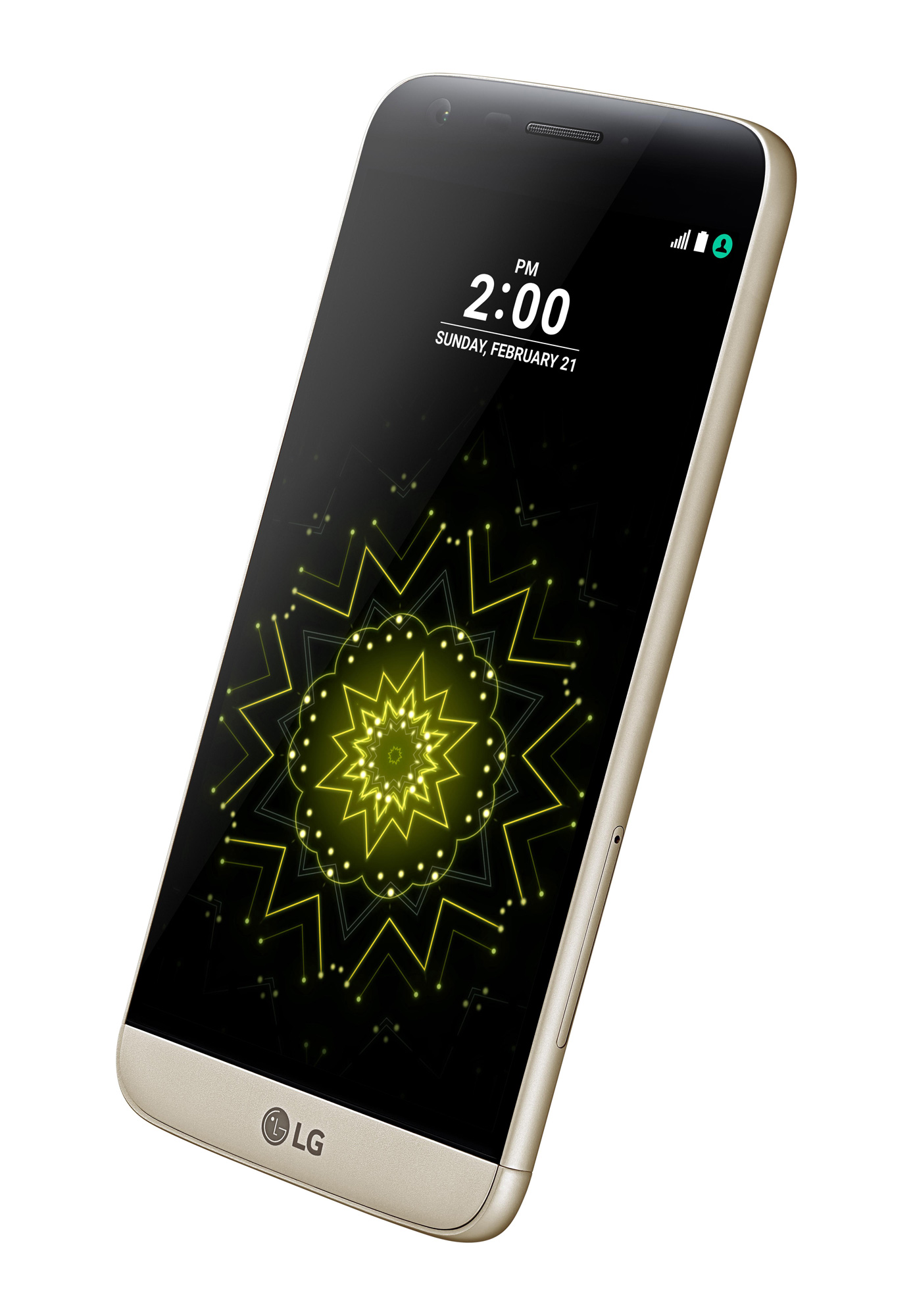 As demonstrated at its unveiling at Mobile World Congress last month in Barcelona, LG G5 is a showcase of cutting-edge technologies and rich features thoughtfully designed deliver a more playful user experience. MWC attendees seemed to agree with the philosophy behind the G5 as the device walked away with a record 33 awards including Best New Smartphone at MWC 2016 from the GSMA’s Glomo Awards, the mobile industry’s longest established awards platform for innovation, excellence and achievement.

“Since MWC, LG G5 and Friends have captured the imagination of consumers everywhere with its engaging take on mobile technology,” said Juno Cho, president and CEO of LG Electronics Mobile Communications Company. “Modularity has been talked about for years but no one was able to consumerize it until now and we’re happy to take on the mantle.”

Engagement comes in the form of dual 78- and 135-degree camera lenses for ultra wide angle shots, an Always-on Display that requires no button-pressing to get the latest information and Dolby Digital Plus and 7.1 channel audio for cinema-style sound that delivers dialogue and nuanced effects clearly even in loud environments. LG G5 also supports IFTTT (If This Then That), a smart solution that allows users to create a series of action programs called recipes to boost productivity and efficiency.

To promote the LG G5, Jason Statham, the popular high-flying, high-octane star of action movies such The Transporter and The Expendables series, will star in LG Electronics’ latest TV spot for its revolutionary G5 modular smartphone. Fredrik Bond, the creative, passionate filmmaker who has directed many global campaigns for well-known multinational brands, will be behind the camera. 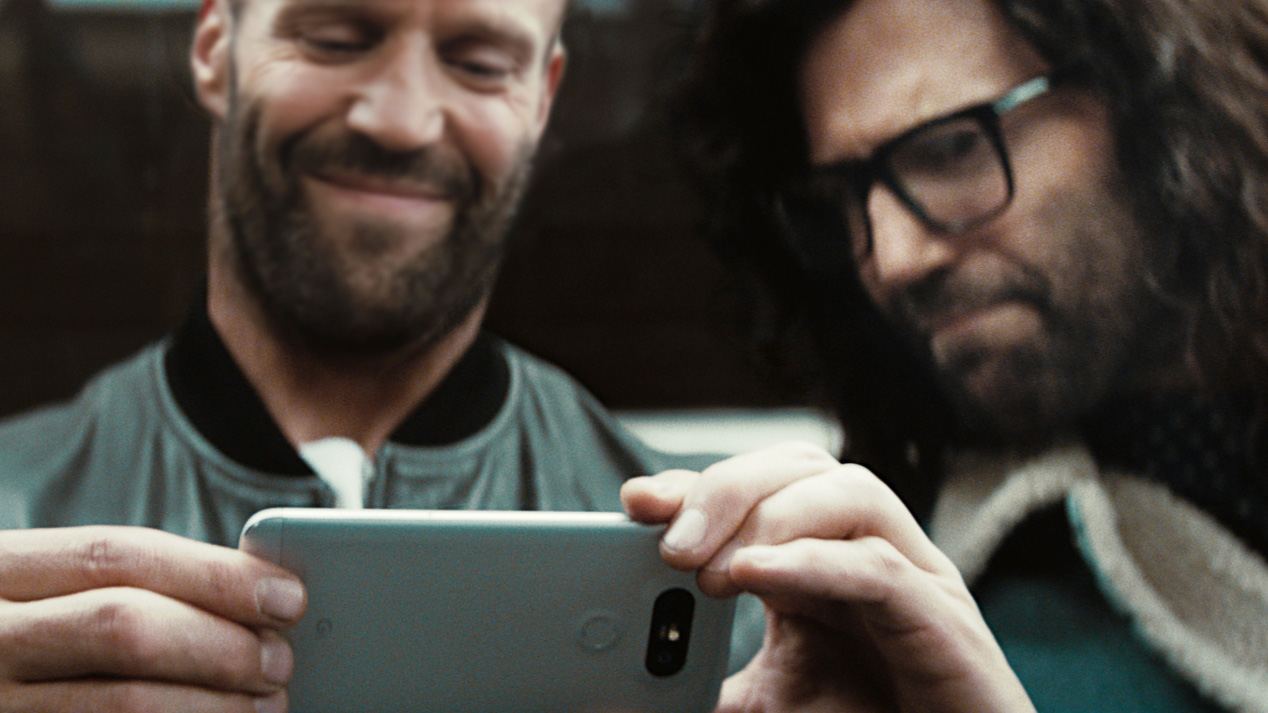 LG’s newest commercial will highlight the fun and playful experiences possible with the G5 and its versatile Modular Type design. With the ability to attach various companion devices and transform the smartphone into an easy-grip camera or a Hi-Fi audio system, the G5 is perfect for anyone who appreciates great technology and innovation that improve lives.

Produced on location in Los Angeles with creative agency partner Energy BBDO, the commercial will portray Jason Statham experiencing the G5 in exciting and fun ways. Every character in the commercial is portrayed by Mr. Statham, an amusing mise-en-scene consistent with the G5’s Life’s Good when you Play More tagline.

“I think the concept that LG is putting forward with the G5 and its modular design is going to catch on with consumers,” said Jason Statham. “I enjoyed partnering with LG and working on this commercial, so I hope that shows through in the final piece.”

“Since its unveiling at MWC, we’ve heard from many who say they’ve been waiting for a phone like the G5,” said Chris Yie, vice president and head of marketing communications for LG Mobile Communications Company. “With the G5, our intention is to show how smartphones can go beyond just being a communication device and deliver a playful mobile experience that can enrich our lives.” 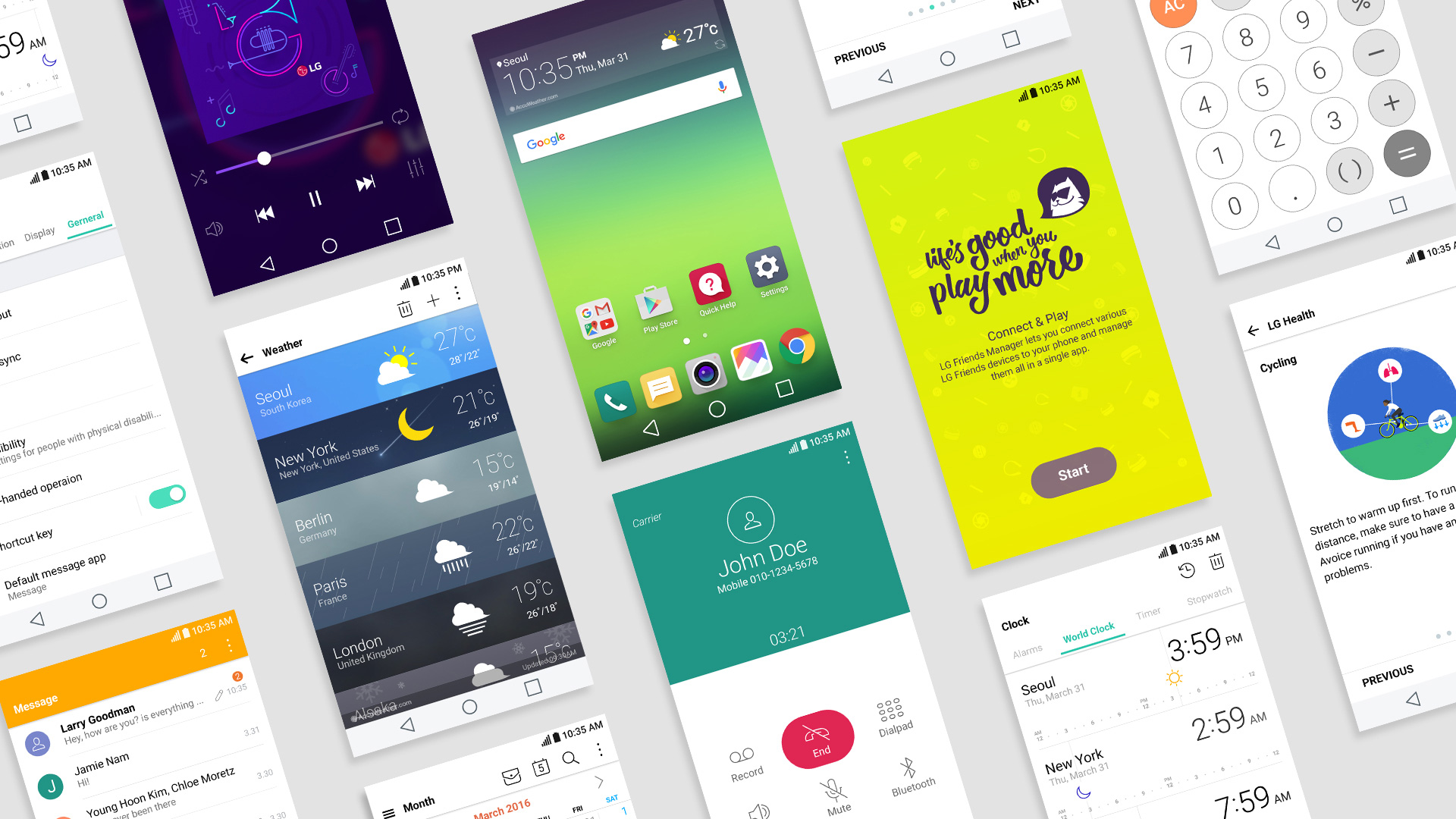 LG UX 5.0 in more detail
LG UX 5.0. was designed for a more playful and innovative mobile experience, LG UX 5.0 will offer advanced features and greater convenience not only for LG G5 users but owners of upcoming smartphone models as well.

Based on Android’s latest Marshmallow OS, LG UX 5.0 conveys LG’s philosophy on the future of mobiles. LG UX 5.0 is an enjoyable, enhanced and user-centric UX that supports easy connection for optimal control of LG Friends and delivers a more convenient and powerful experience by adding new functions that allow users to enjoy the G5 to its maximum potential.

“We analyzed the lifestyle of smartphone users to provide a superior mobile experience and greatly expanded the usability with LG UX 5.0,” said Juno Cho, president and CEO of LG Electronics Mobile Communications Company. “LG UX 5.0 and G5 were designed to provide an innovative user experience that reflects the needs of our most demanding customers.”

LG Friends Manager generates a different display for each LG Friend. When paired with the 360 CAM, the screen on the G5 will display photo previews and the available shooting modes. The Friends Camera Album in the Gallery enables users to categorize and manage images captured with LG Friends such as 360 CAM and Rolling Bot. 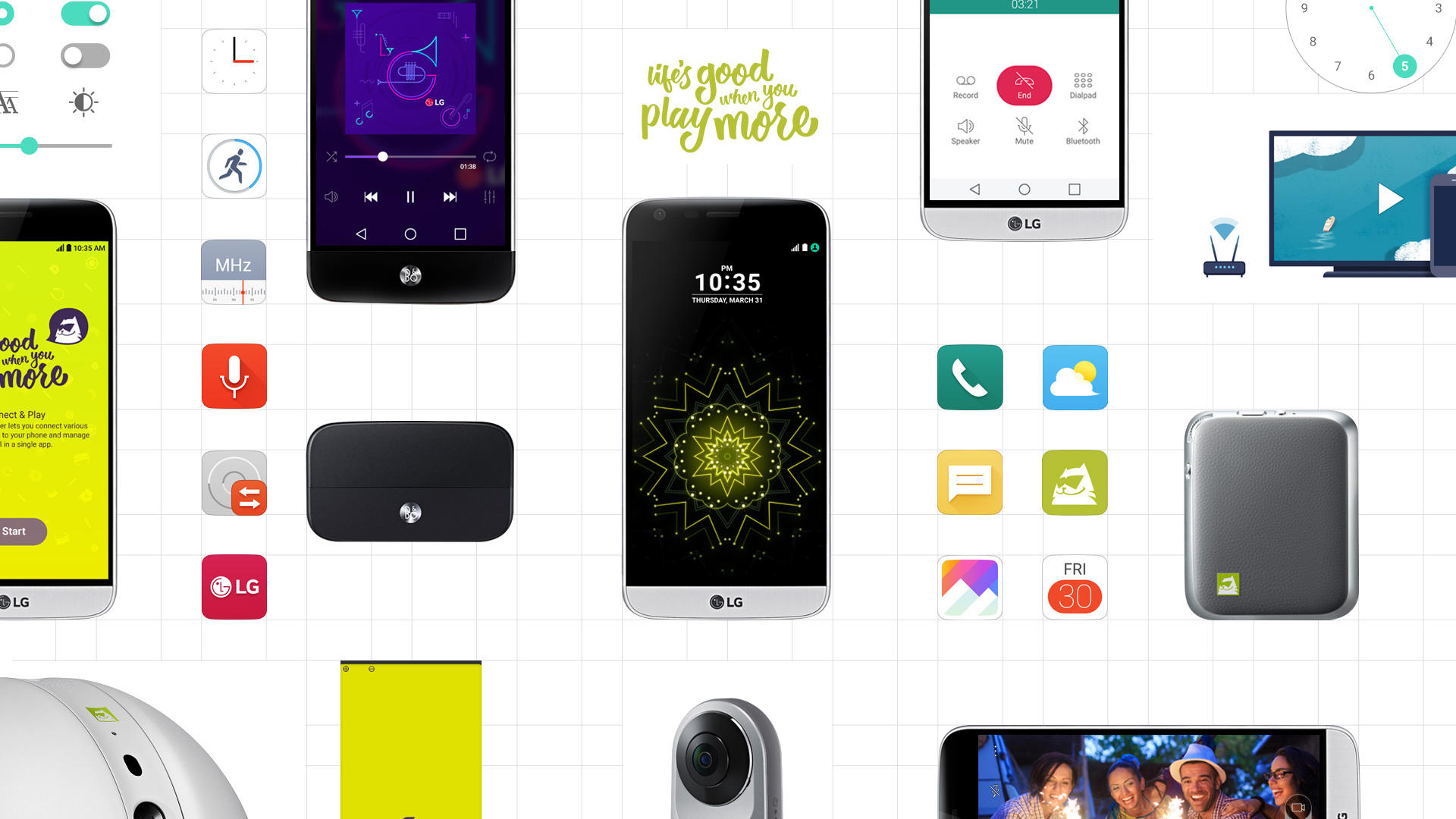 An Enhanced UX for a Powerful Visual Experience
The greatest advantage of LG UX 5.0 is its enhanced support for LG G5’s extremely powerful camera. Image and video capturing has never been so enjoyable with features such as:

Zoom In & Out – Seamlessly switch between the standard 78-degree lens to the 135-degree wide angle lens by simply pinching the screen.

Auto Shot – An enhanced version of Gesture Shot, take the perfect selfies with this smart feature which triggers the shutter as soon as the users’ face is recognized.

Multi-View – Captures different angles of images at the same exact moment using the front and rear cameras of the G5 and the LG 360 CAM.

360 Wallpaper – Images taken with the LG 360 CAM can be displayed as a 360 panorama, shifting in sync with movements of the G5.

Film Effect – Raise the level of effects with this set of filters that deliver an “analog” feel to photos. Use Camera Preview to preview and change a filter on the fly before taking the shot.

A User-Centric UX for Greater Convenience
LG refined its user interface and included several new smart features on LG UX 5.0 to enhance usability and convenience, such as:

New Home – LG combined its Home Screen with the App Drawer in LG UX 5.0 to simplify the user experience. Users who prefer the traditional style can download the Home & App Drawer directly from the settings menu on the LG G5.

LG Health – Upgraded for UX 5.0, LG Health provides a Beginner as well as Advanced mode matched to the user’s profile. Start with Beginner and switch to Advanced once your activities reach a certain level, staying motivated along the way with visual details of your progress.

Always-on – Avoid the hassle of turning on the smartphone display just to check the time. With Always-on, all your key information including the date, notifications and SMS icon are displayed on the screen at all times.

Smart Doctor – Keep your G5 performing at its optimal level with solutions and tips based on your usage habits.

World Clock – Enhanced with an attractive graphical user interface, this smart clock displays the time in selected cities around the world and immediately syncs them to whatever local time you set for easy scheduling of phone calls and meetings.

File Manager – Navigate the G5 as easily as navigating your PC with direct access to any folders or files indicated by the directory path at top. Use the new search filter to find documents, videos and images anywhere on your G5.

Quick Help – Find answers to any questions about the G5 quickly and easily or request feedback by e-mail.

LG Backup – Use LG Backup and NFC to restore conveniently from other Android phones and now record conversations from your favourite messenger app.

The following companion devices, or Friends, will be available in select markets at the time of the G5 rollout or soon after:

Prices and exact date of availability will be announced separately in each local market. 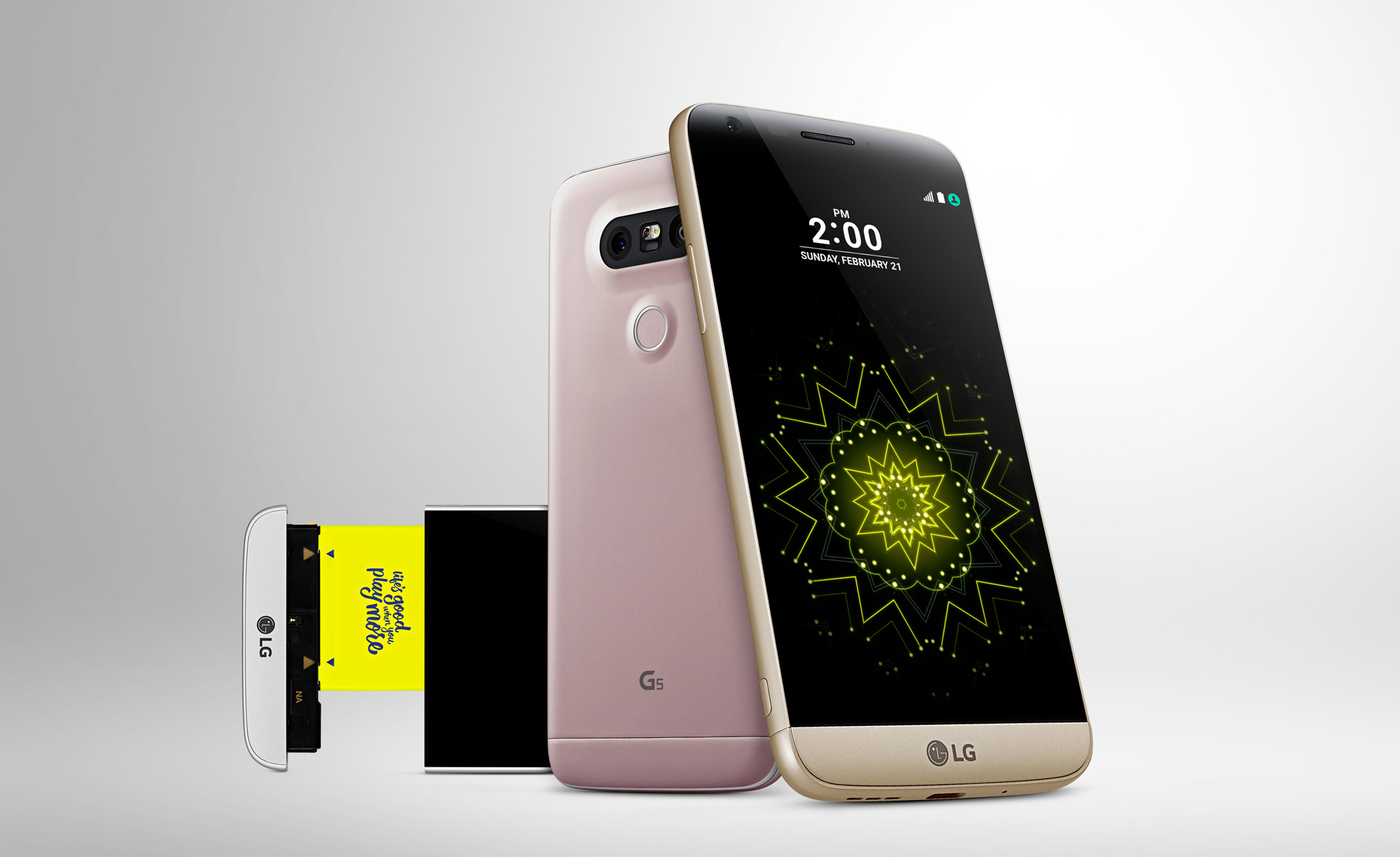