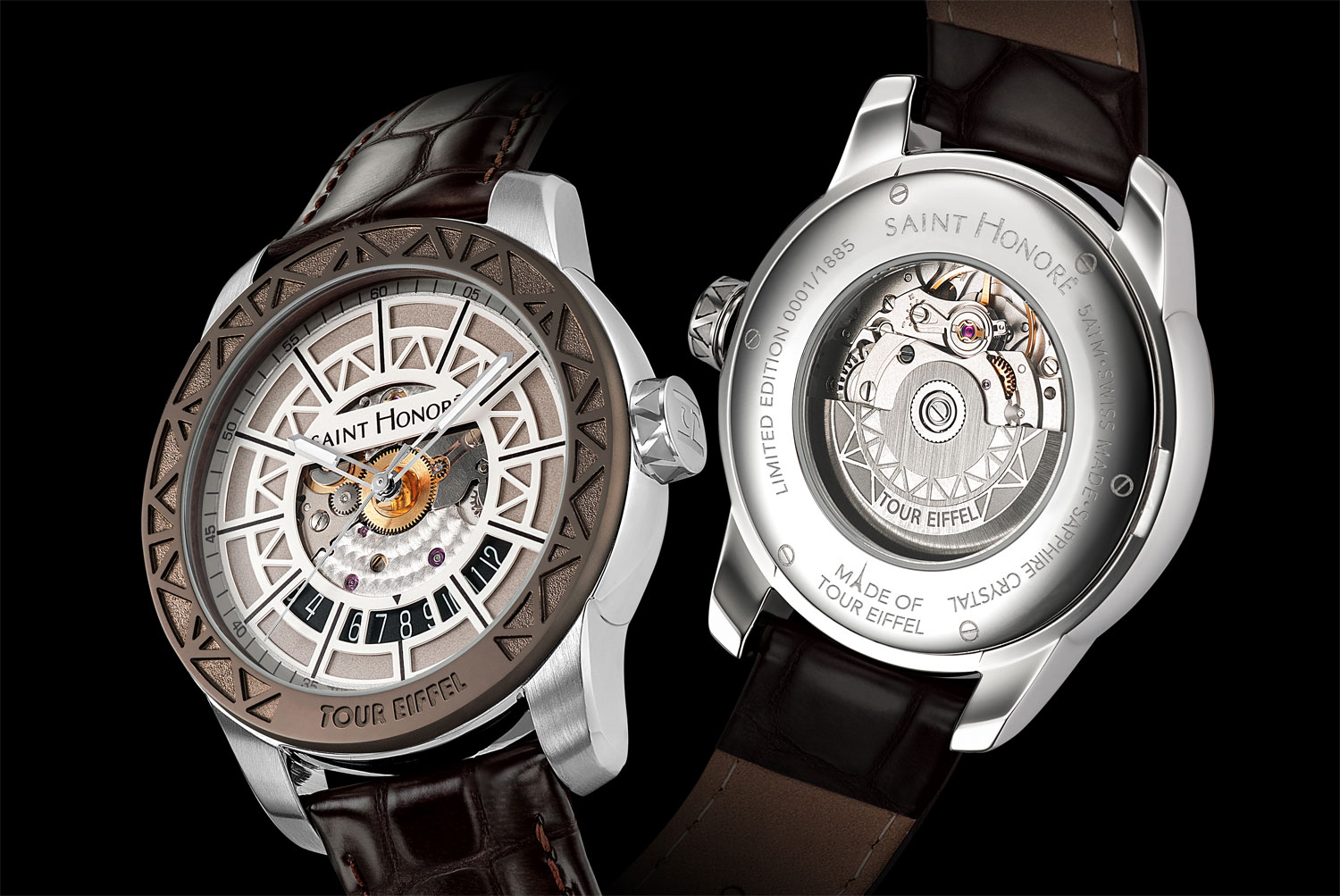 Saint Honore are launching a limited edition series titled the Tour Eiffel, and for the first time in the world of horology, a collection will be constructed using actual steel from the Eiffel Tower

On its 130th anniversary, Saint Honore has designed a collector’s timepiece: the first ever to be made from a piece of metal girder from the world’s most famous monument. The watchmakers have used this precious component to make the bezel, its decoration and brown colour an unmistakable reference to the French monument. The bezel surrounds a raised dial based on the same architecture; at its centre, it reveals the wheel train of the automatic mechanical movement specially personalised by Saint Honore. 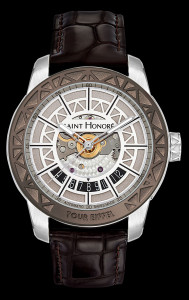 Mounted on an elegant brown “croco design” leather strap, the Saint Honore Tour Eiffel Timepiece has been manufactured in a limited series of 1,885 pieces in steel (in homage to the year the watchmaking house was established), offering a unique opportunity to wear on your wrist an exceptional symbol of France and the technological genius of Gustave Eiffel.

The Eiffel Tower – The Symbol of Paris
Standing beside the river Seine, the tower designed by Gustave Eiffel was built for the Exposition Universelle of 1889, celebrating the centenary of the French Revolution. Today, we should not be able to admire it, as the original contract stated it was to be dismantled! But thanks to its height, which can be used to transmit radio waves over a very long distance, it was saved from demolition and acquired a new role as a giant antenna.

At 324 metres high, made up of 18,000 structural metal parts and 2,500,000 rivets, its slender outline is recognised around the world (seven million visitors ascend in its lifts or climb its 1,665 steps every year), but the Eiffel Tower could have looked very different. The challenge laid down to architects was to “erect on the Champs de Mars an iron tower with a square base, 125 metres wide and 300 metres high”.

Engineers were free to extrapolate from these specifications and to allow their imagination to run free. No less than 107 projects were submitted, each one more audacious than the last! In the end, Eiffel’s project was chosen, and work began in 1887. A total of 5,300 plans and drawings were produced to enable 132 workmen to assemble the pieces, which had been prefabricated in a workshop, an extraordinary technical feat for the times.

Two years later, on 15 May 1889, the first visitor was able to admire the whole of Paris from the top of the famous Eiffel Tower.