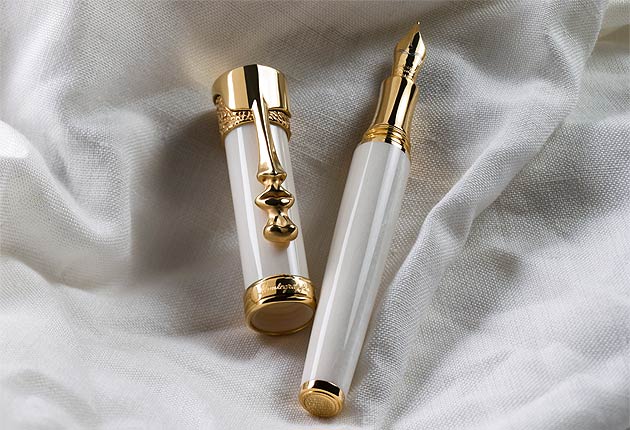 Blessed not only with technical skills and pure talent, but also with a unique visual sense, Dalí produced a number of significant works so original and startling that they have entered the global consciousness.

The first pen produced by Montegrappa to honour the Spanish surrealist was inspired by his 1944 work, Dream Caused by the Flight of a Bee Around a Pomegranate a Second Before Awakening.

This painting was the first of a number of works to contain a form which would become a recurring image in Dalí’s work: The Space Elephant.
Montegrappa’s second Dalí pen, the Surrealista, has been inspired by the painting, Apparition of Face and Fruit Dish on a Beach (1938). The picture shows fruit on or in a fruit bowl shaped much like a wine glass.

A human face, in a style that would appear again in one of Dalí’s later works, is seen below the fruit, the handle of the fruit bowl acting as the bridge of the nose.

The texture of the face is the sand of the beach, while on the sand is a cloth and a snapped rope. 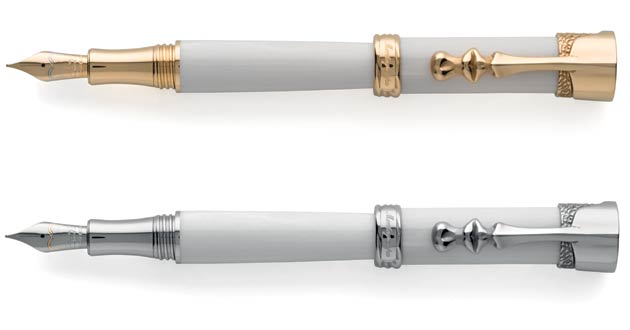 The Montegrappa Surrealista Pens
To realise the aesthetic of Apparition of Face and Fruit-Dish on a Beach in a pen, Montegrappa’s artisans used pearl-grey resin with the trim representing the elongated face and the fruit, the cap graced with Dalí’s signature. The packaging, too, recreates the face, opening to reveal the pen with the lips parting.

The Salvador Dalí Surrealista is a limited edition consisting of 1000 fountain pens and 938 rollerballs with sterling silver trim, and 19 rollerballs and 38 fountain pens with solid 18k gold trim. 1938 commemorates the date the painting was made, which is co-incidentally the date when Leopoldo Tullio Aquila, father of Gianfranco Aquila, Montegrappa’s Chairman, and the grandfather of Montegrappa’s CEO Giuseppe Aquila, started his collaboration with Montegrappa.

Montegrappa’s proud association with the works of this renowned artist has been supervised and licensed by the Fundació Gala-Salvador Dalí, the cultural institution created by Salvador Dalí himself in 1983. The Fundació runs the Dalí Theatre-Museum in Figueres, which presents the most comprehensive collection of the artist’s work, the Gala Dalí Castle-Museum in Púbol and the Salvador Dalí house in Port Lligat, Cadaqués.