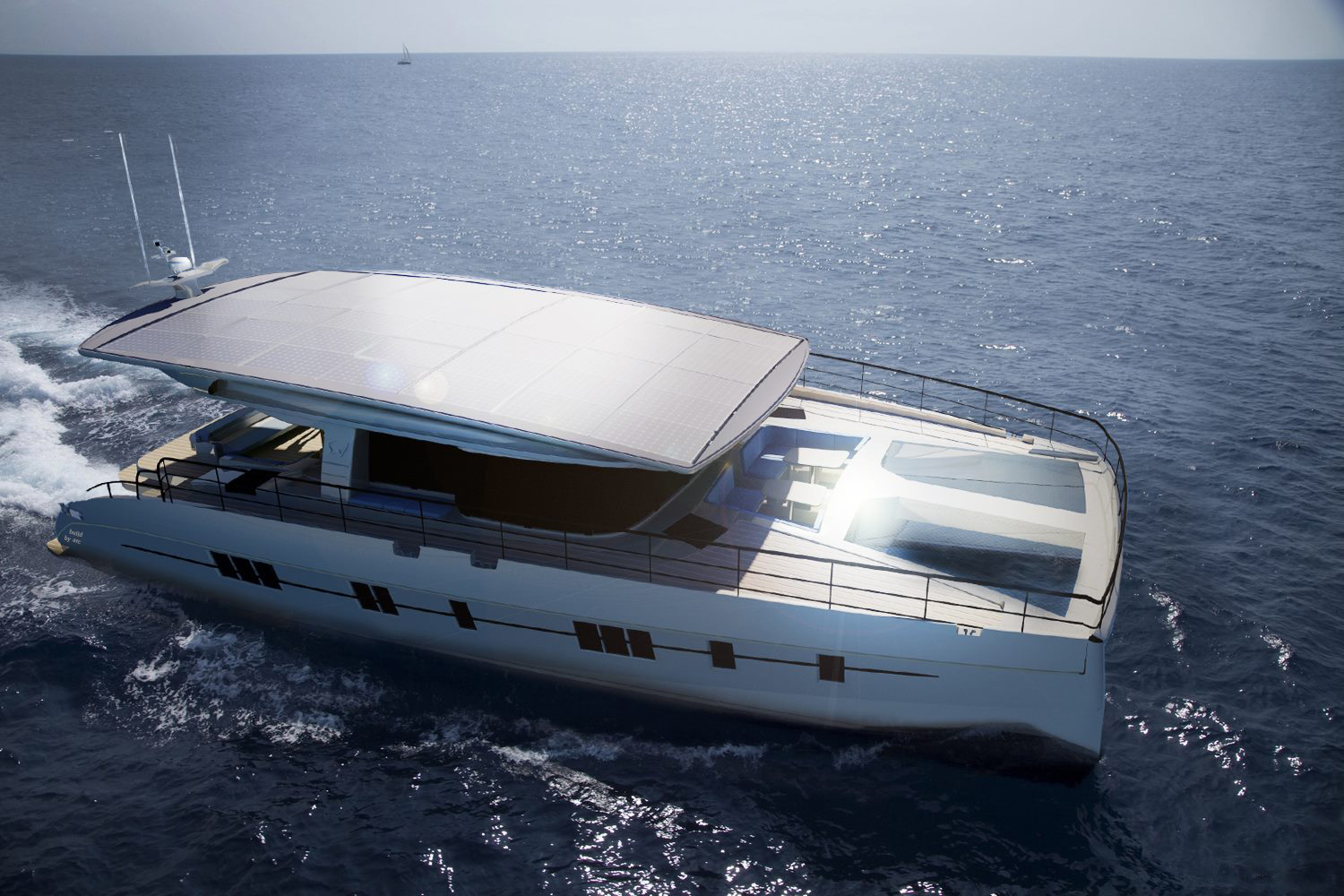 Solarwave 62′, the world’s first zero-emission luxury motor yacht or what we refer to as the Tesla of the seas is promising owners the chance to cruise forever without using a drop of fuel.

Sail-powered yachts have been emissions-free for millennia, of course, but the 62ft Solarwave is said by its designers to be the first engine-powered yacht to equal that – and, unlike sail-only vessels, it can keep going when the wind drops or they find themselves in the Doldrums.

Just like the Tesla Model S has changed everything forever in the motoring world by having an electric engine that can go for more than 300 miles between charges, the Solarwave 62 uses an electric motor, a solar-panel roof and a battery bank to make it completely independent of external power sources.

So owners won’t need to pop into port to refuel, they won’t need to hook up to electricity supplies in marinas, and they can cruise the world for as long as they like without harming the environment or waiting for the wind to get up.

The first Solarwave 62 is nearing completion and orders are being taken for the yacht that has previously-unseen features including a retractable sky roof and a 6.5m tender garage.

It’s designed to be self-sustaining to appeal to owners who like to be on the sea for long periods at a time and want a yacht that is very low maintenance. 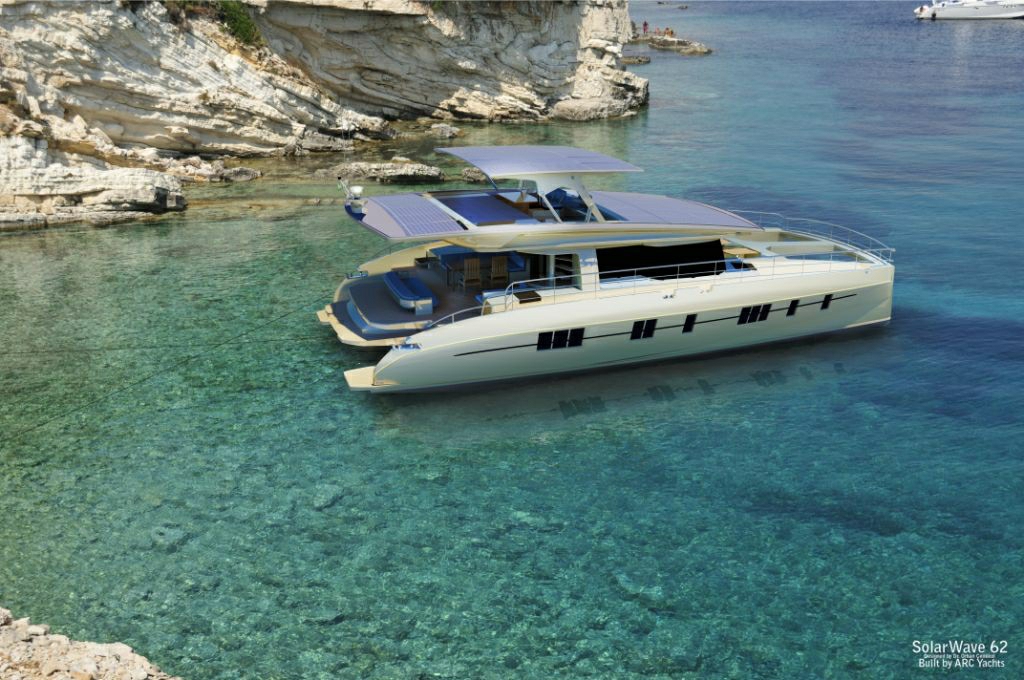