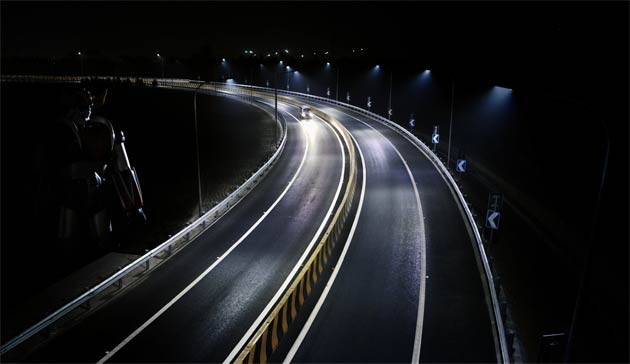 The MB&F M.A.D. Gallery is extremely pleased to present‘ The Solitude of a Machine’, an exhibition of eight large-format prints by renowned Swiss photographer Marc Ninghetto.

The Machines at the heart of the exhibition are none other than the Japanese manga robots Grendizer and Astroboy, respectively known as ‘Goldorak’ and ‘Astro, le petit robot’ in French.’ For Geneva native Marc Ninghetto, creating a surreal series of photos based on these two childhood heroes of his was something that he had wanted to do for a long time. However, as a deviation from his usual style of haute horlogerie and art photography, he had never found the platform to carry it out. Until, that is, he was asked to create something for the MB&F M.A.D. Gallery. 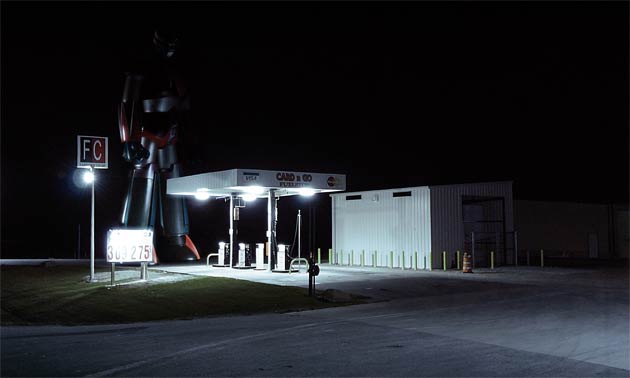 “I have known Max Büsser for over five years,” says Ninghetto. “When Max proposed that I put on an exhibition at the M.A.D. Gallery, I thought that it would be a great chance to create something totally different to what I usually do, something more playful, and a break from my traditional style and subjects.

“And so, with a large dollop of nostalgia, I revisited my heroes from yesteryear, and set about producing this collection of photos. The M.A.D. Gallery is the perfect environment for them, not least because MB&F themselves are fans of Grendizer. After all, the MB&F rotor and buckle design stake their cues from the shape of this robot’s battle-axe, known as the asterohache in French.”

While Grendizer hails from the fictional planet Fleed but ends up on Earth, Astroboy belongs to a futuristic world where robots co-exist with humans. Ninghetto has succeeded in taking them both from the environs of the graphic novel and TV animation, transplanting them into the real world – our world.

The result is a superb collection of fine art prints that subtly manages to imbue these cult robots with a sense of otherness and estrangement on finding themselves in a real-life terrestrial environment.

In order to create the artworks, Ninghetto put to excellent use a technique he calls ‘digital sampling’, which he has gradually developed over his career. In the case of ‘The Solitude of a Machine’, this involved taking shots of a three-dimensional robot models. He then subtly incorporated these with photographs from his personal databank, a repository of photos that the 40-year-old has taken and amassed over the years to form a rich palette of images that he can subsequently use to ‘paint’ with. 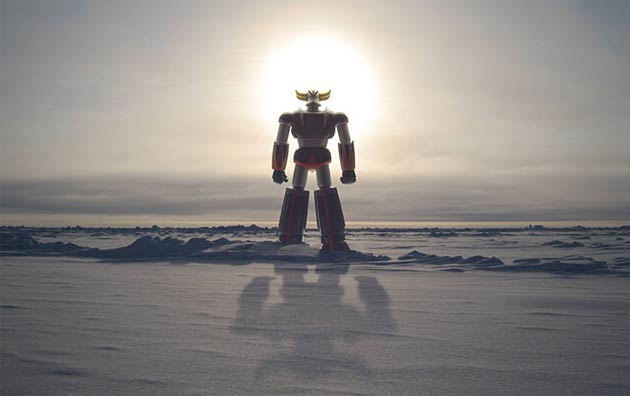 The result is a series of striking photos in which Grendizerand Astroboy are separately juxtaposed in a number of earthly surroundings: towering over big-city skyscrapers; a dot in the sky above a nexus of urban flyovers; skulking in shadows of a small-town gas station;basking in the sun of idyllic, deserted beaches. Through the deft use of shadow and light in close-ups through to long shots, the robots’ existences vary from subtle to asserted.

“I didn’t want these images to look like the cover of a game for kids. I wanted to integrate them into the real world, and endow them with sentiments, with them wondering what they are doing there.They aren’t so much sad as lost and uncertain,” adds Ninghetto. 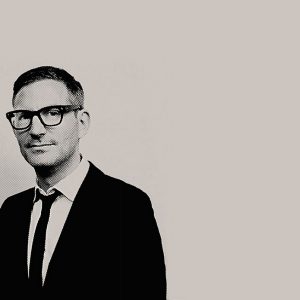 Marc Ninghetto was born in Geneva in 1972. After graduating from the Vevey School of Photography in 1995, he left for Paris to become first assistant to Dominique Issermann after the acclaimed French photographer had shown interest in Ninghetto’s work. During his year in the French capital, Ninghetto flourished under Issermann’s tutelage and gained the skill and confidence to develop his own style and technique and set up as an independent. When Ninghetto returned to Geneva in 1999, his reputation as a photographer, both in the world of fashion and the watch industry, grew thanks to his work for the likes of Studio Currat and in 2006 Ninghetto set up his own photography and graphic design agency, La Fabrique.

Parallel to his work in the high-end fashion and jewellery industry, Ninghetto has also channelled his talent into personal artwork that has seen him put on over 15 exhibitions in as many years. He has increasingly devoted his energies into these personal creations that focus on human subjects, invariably females. Thanks to the dreamlike veil that envelops this work, his sensitive eye for detail and his original style and technique christened ‘digital sampling’, Ninghetto has become one of the biggest names in Swiss art photography.