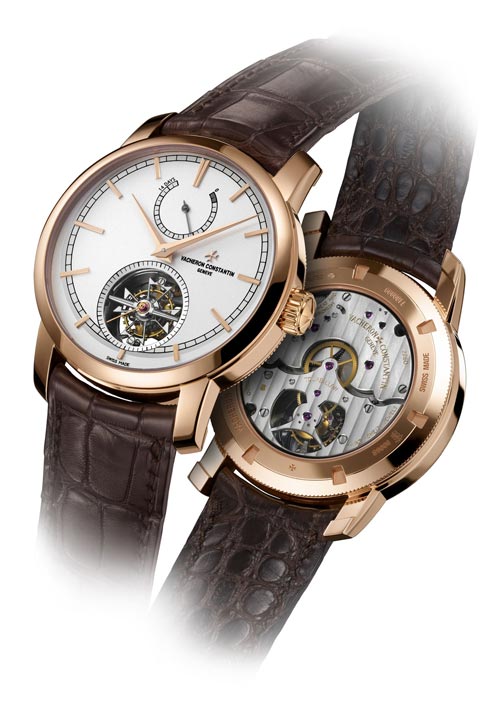 In offering a stunning new demonstration of the major horological complication represented by the tourbillon, the Manufacture Vacheron Constantin has opted for an impressive display of its skills and knowhow. The highly technical content focusing on essentials – namely performance and aesthetic appeal – is clothed in a pure, understated exterior designed to highlight this combination. The new Patrimony Traditionnelle 14 day Tourbillon is the ultimate embodiment of the watchmaking art – a status that is further accentuated by the fact that it meets the new Hallmark of Geneva requirements which are no longer confined to the movement alone, but also take account of the finished watch. This extension of its scope represents a major evolution for a label of quality that is celebrating its 125th anniversary this year and has clearly decided to respond more clearly than ever to the expectations of an increasingly well-informed clientele.

Vacheron Constantin has long since established its expertise in the field of tourbillon movements. Often associated with another horological complication, the Patrimony Traditionelle 14 Day tourbillon produced by the Geneva-based Manufacture reveals remarkable expertise and undeniable audacity. Building on this experience, the Maison has chosen to explore a new path by developing a tourbillon calibre as pure as the case housing it, while displaying performances unequalled in the realm of this complication. The Vacheron Constantin movement design engineers and watchmakers thus cooperated in developing a new mechanical hand-wound tourbillon movement – Calibre 2260 – endowed with an exceptional 14-day power reserve.

In order to provide a full 14-day power reserve, the new Vacheron Constantin Calibre 2260 is equipped with four barrels mounted in coupled pairs. They are all connected and all unwind simultaneously, but naturally four times slower than a single barrel. The four barrel-springs amount to a total length of around 2.20 metres and each enables approximately 13 development rotations, all in a calibre whose diameter is of only 12 ¾ lignes (29.10mm)! Other than the practical aspect of this power reserve, these barrels guarantee a longer stability in time. 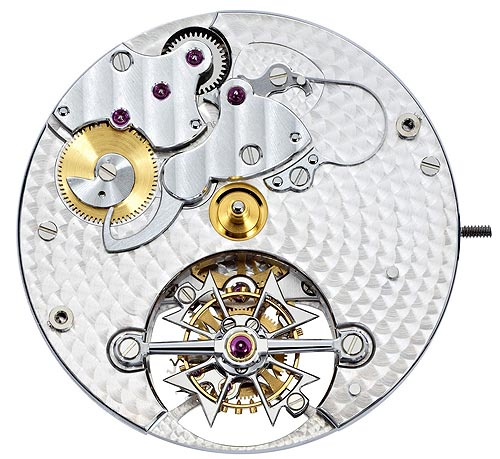 The architecture of this new Calibre 2260 within the Patrimony Traditionelle 14 Day Tourbillon features, comprising 231 components, two large bridges (instead of the three appearing on the previous Vacheron Constantin tourbillons). The large surfaces thus available serve to highlight the lavish finish of this movement, including the Côtes de Genève that are thus given full scope for expression. Having two extra bridges serves to enhance the precision in terms of assembly, but represents an additional difficulty for the watchmaker who thus has less easy access to the movement. The Patrimony Traditionelle 14 Day tourbillon carriage is inspired by the brand’s signature Maltese Cross and provides a splendid showcase for the exceptional level of finishing of each movement part, including a number of interior angles, all naturally hand-bevelled. The rounding off of the tourbillon bar alone takes over 11 hours of manual craftsmanship to achieve an optimal effect.

In addition to the tourbillon combined with small seconds at 6 o’clock, Vacheron Constantin Calibre 2260 also drives the slightly off-centred hour and minute functions, as well as a 14-day power-reserve display appearing on a 280° segment for improved readability. The 12 o’clock positioning of the latter indicator on a silver-toned opaline dial, as well as the external minute circle, are inspired by several pocket-watches stemming from the rich heritage of Vacheron Constantin.

The new Patrimony Traditionnelle 14 day Tourbillon faithfully reflects the design codes that have forged the reputation of this line imbued with a sense of purism and rigorously high standards. A slender bezel, a case middle with a fluted base, a screw-down case-back fitted with a sapphire crystal, facetted hour-markers (double at 12 o’clock), 5N pink gold dauphine hands and an historically inspired opaline silver-toned dial adorned with a variety of finishes: all these refined elements contribute to the unmistakable identity of this restrained and technical collection and serve as a reminder that tradition and modernity quite naturally rub shoulders at Vacheron Constantin.

Instated by the Grand Council of the Republic and Canton of Geneva in 1886, the Poinçon de Genève is a guarantee of origin, quality of craftsmanship, durability, and expertise. Now celebrating its 125th anniversary, the Hallmark of Geneva is undergoing a major transformation, particularly in order to take account of the evolution in the techniques and materials used in the watch industry.

As of 2012, the certification no longer concerns the movement alone, but instead the watch as a whole. Component production as well as verification of the entire set of operations leading to the finished watch are now the object of a systematic and more demanding monitoring procedure conducted by independent State-sworn agents. Once a movement has been officially approved in accordance with the Hallmark of Geneva requirements, periodic unannounced inspections will be made in the company in order to verify the compliance of production processes. The inspections will in particular serve to check that the assembly, adjustment and casing-up are indeed performed in Geneva, as well as to evaluate the quality of the components produced and the assembled movements.

Rather than just the movement, the entire Patrimony Traditionelle 14 Day Tourbillon is now stamped with the Hallmark of Geneva. The exterior of the timepiece is thus taken into account, and in particular the elements connecting the movement to the case, meaning the casing-up rings, the clamps and braces and the dog screws. All components must also comply with the production processes and finishes laid down by the Hallmark of Geneva.

The testing of the completed watch is now an integral part of the requirements of the quality label. All the technical characteristics, for example the water resistance or power reserve are duly cross checked and periodically tested by the Hallmark of Geneva authorities. . Finally, the precision of the watch as proven by a wear simulation test becomes an essential element in awarding the label. The Hallmark of Geneva authorities conduct precision measurements for a full seven days to ensure that the variation in rate does not exceed one minute per week. All these elements testify the high quality of the timepieces whilst guaranteeing the independence of this certification. 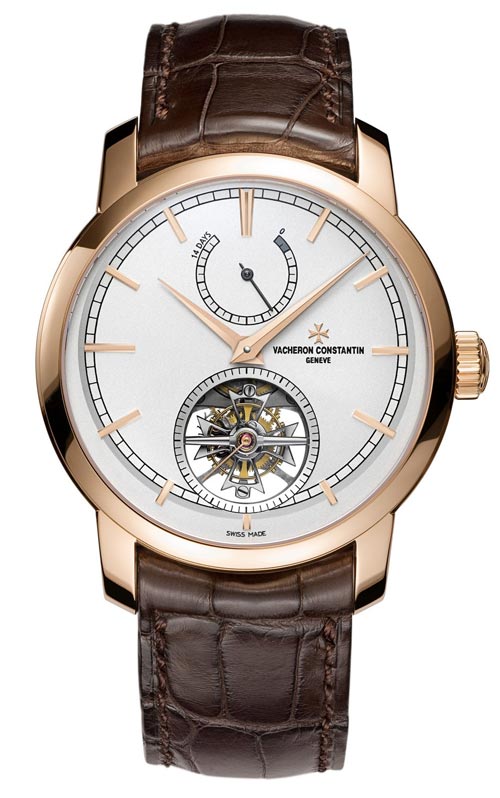 Indications
Hours, minutes and small seconds at 6 o’clock on the tourbillon carriage

Water resistance
Tested at a pressure of 3 bar (approx. 30 metres)