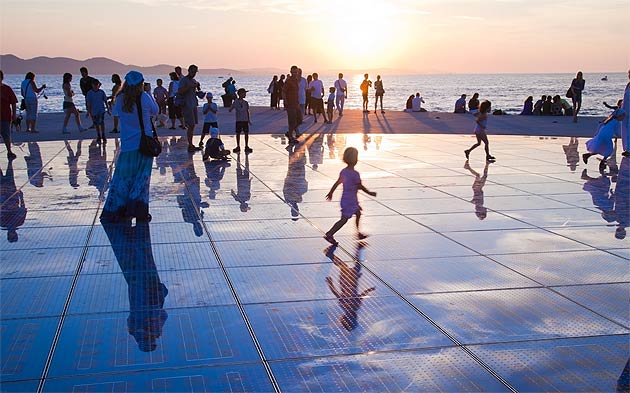 Paul Joseph gives us the lowdown on the ten most up-and-coming superyacht destinations of 2013.

1. Zadar, Croatia
Croatia will enter the EU this year as the 28th member state, and combines iconic islands to rival Greece with the historical splendour of Italy – at just a fraction of the heady prices of its Mediterranean neighbours.

In the opinion of many a luxury yacht guest, the prize for the prettiest place in Dalmatia goes to Zadar. The town’s waterfront promenade is lined by belle epoque mansions and Venetian palazzi. Within its old town, the streets are quite literally paved with marble. It’s here that Zadar’s 3,000 years of history shine through. Roman columns rise next to Romanesque churches, and boutiques purveying local wine and jewellery sit alongside branches of La Furla and Max & Co. 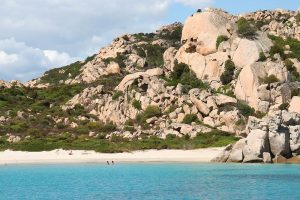 2. Maddalena Islands, Italy
Imagine a Thai-style archipelago in Bahama-blue seas, all blessed with Italian cuisine. Welcome to the Maddalena Islands, nature’s gift to yachtsmen. This seven-island chain basks in its own protected marine park, midway between Corsica and Sardinia. Its 50 beaches are ice-white, silky-soft and reassuringly private. Better still, half are accessible only by boat.

Even Robinson Crusoe needs to eat, and superyacht guests can catch tuna, grouper, swordfish and sea bass with a fishing line from their own deck. Those who prefer to dress for dinner may send staff to the colourful pescherie that surround Maddalena’s handsome old harbour. 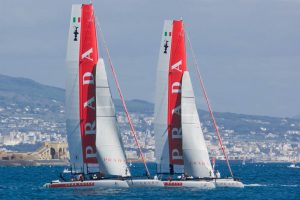 This season, the city’s seafront promenade offers a taste of Naples over an afternoon stroll. Rococo mansions mark the seafront, while knockout seafood restaurants line the quays. New eateries and bars have been added as the city hosts one of the world’s most prestigious yachting events: the European stages of the America’s Cup. 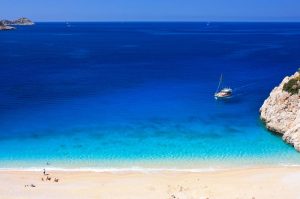 Turkey has been the economic success story of the last five years. Both GDP and tourism have increased by 10% per annum, and the country’s cultural capital of Istanbul has become Europe’s hippest city.

The same vibrancy can be seen in the southern Turkish yachting centres of Bodrum and Goçek. But it’s the resort of Kaş that embodies the best of the Mediterranean in one cosmopolitan package. It’s backdropped by Roman ruins, set with Italianate piazzas and dotted with Arabian sheesha cafés. Handsome Greek restaurants serve up grilled octopus and stuffed squid.

The only toast to modernity is Kaş’s breath-taking new marina. It’s set to pull in luxury yacht charters from Rhodes and Symi this summer thanks to its iconic white stone architecture and colossal swimming pool. 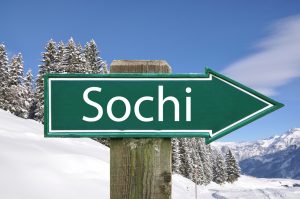 5. Sochi, Russia
Next year, Russia’s ritziest resort is set to host the 2014 Winter Olympics. This global sporting event makes Sochi this summer’s superyacht must-see. The Olympics have already regenerated the Black Sea resort with a multi-billion-Euro facelift. Its new piazzas, parks, restaurants and bars are best enjoyed on a sunny day.

Look out for the introduction of another global event in 2014. Next year, the addition of a Formula 1 street circuit will add further weight to the city’s Monaco-sized ambitions. 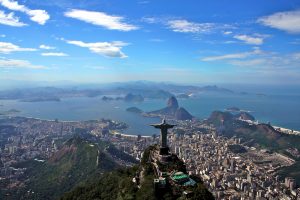 Rio de Janeiro is justifiably the most visited city in the Southern Hemisphere. It’s ringed by rugged green mountains and silky white beaches – and has secured the enviable position of hosting both the World Cup in 2014 and the Olympic Games in 2016.

And the best time to visit? In our opinion, it’s right now. The infrastructure is in place, the marinas are empty, yet the party has already started.

For a birds-eye view over Rio’s perfect port and cityscape, there’s no better way to take in the sights than by helicopter. For visitors who aren’t sailing with their own chopper, crews can organise a private sunrise tour by air or guests may wish to simply soak up the Carioca spirit from their superyacht deck. 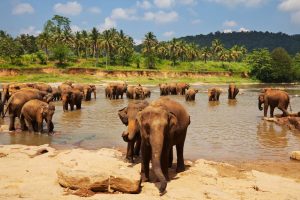 Peace has brought prosperity and a huge amount of tourism investment to Sri Lanka. It is little wonder that the South Asian island was recommended as Lonely Planet’s must-see destination for 2013. Its intoxicating blend of honey-hued beaches, dense rainforest and ethereal ancient kingdoms is now open for luxury tourism, and that includes bespoke yacht charters too. Away from the rainforest interior, Sri Lanka’s sun-splashed seas team with dolphins and whales.

Ask your captain to chart a course for Pigeon Island, one of Sri Lanka’s two marine parks and home to a stunning coral reef. Your onboard divemaster may guide you past over 100 types of local coral, as well as Hawksbill turtles and Blacktip sharks. 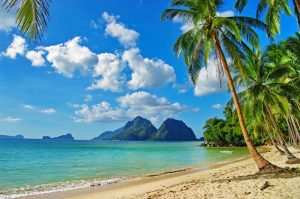 The crescendo of any superyacht voyage through the Philippines is Palawan. Here, your crew can lead a sea-kayak expedition along the underground river that flows through the world’s longest cave complex.

Nearby, arrange a private safari on the Calauit Island ‘nature reserve’. Formerly the private playground of the Marcos dynasty, the island provides a refuge not only for native species, but also for African imports including giraffe, zebra and antelope. 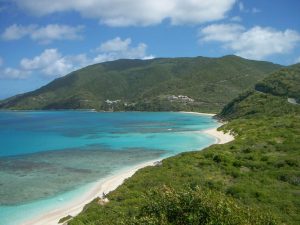 Ask a child to paint a tropical paradise and they’d likely draw Virgin Gorda. This eight-mile island is a delicious squiggle of bays, beaches and turquoise sea. Indeed, Virgin Gorda is surrounded by sand. Savannah Beach offers a blissful half-mile shoreline, which tapers off into child-friendly shallows. The Baths is a boulder-strewn bay of sand, dotted with tidal pools and watery tunnels.

In 2013 the island will host one of the largest luxury yacht events in the Caribbean. At the Loro Piana Caribbean Superyacht Regatta, over 20 vessels will line up for the race of their lives. Last year’s course weaved past Sir Richard Branson’s Necker Island, before belting up the Sir Francis Drake Channel. Breezes of up to 17 knots kept spinnakers aloft. At such speeds are yacht owner’s bragging rights won and lost. 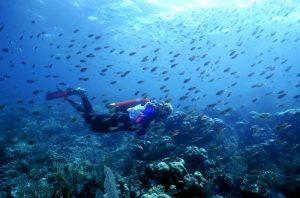 Over the last five years, Grenada’s Port Louis Marina has welcomed a strong and steady increase in yachts from 10m up to 90m. Sailboats have been particularly popular. The marina’s main event is the Grenada Sailing Week in February, and all-comers are welcome to this festival of sail, which is bookended by pirate parties and a traditional wooden boat regatta on Grand Anse Beach.

A short sail north lies the Tobago Cays National Park, the jewel in the crown of the Southern Grenadines. These five uninhabited, beach-ringed islands surround a sandy-bottomed lagoon. Reef fish trail snorkelers like younger siblings; guests can swim with turtles as long as they give them plenty of space. And if your superyacht is equipped with zero-speed stabilisers, you can literally hover above the turquoise blue.