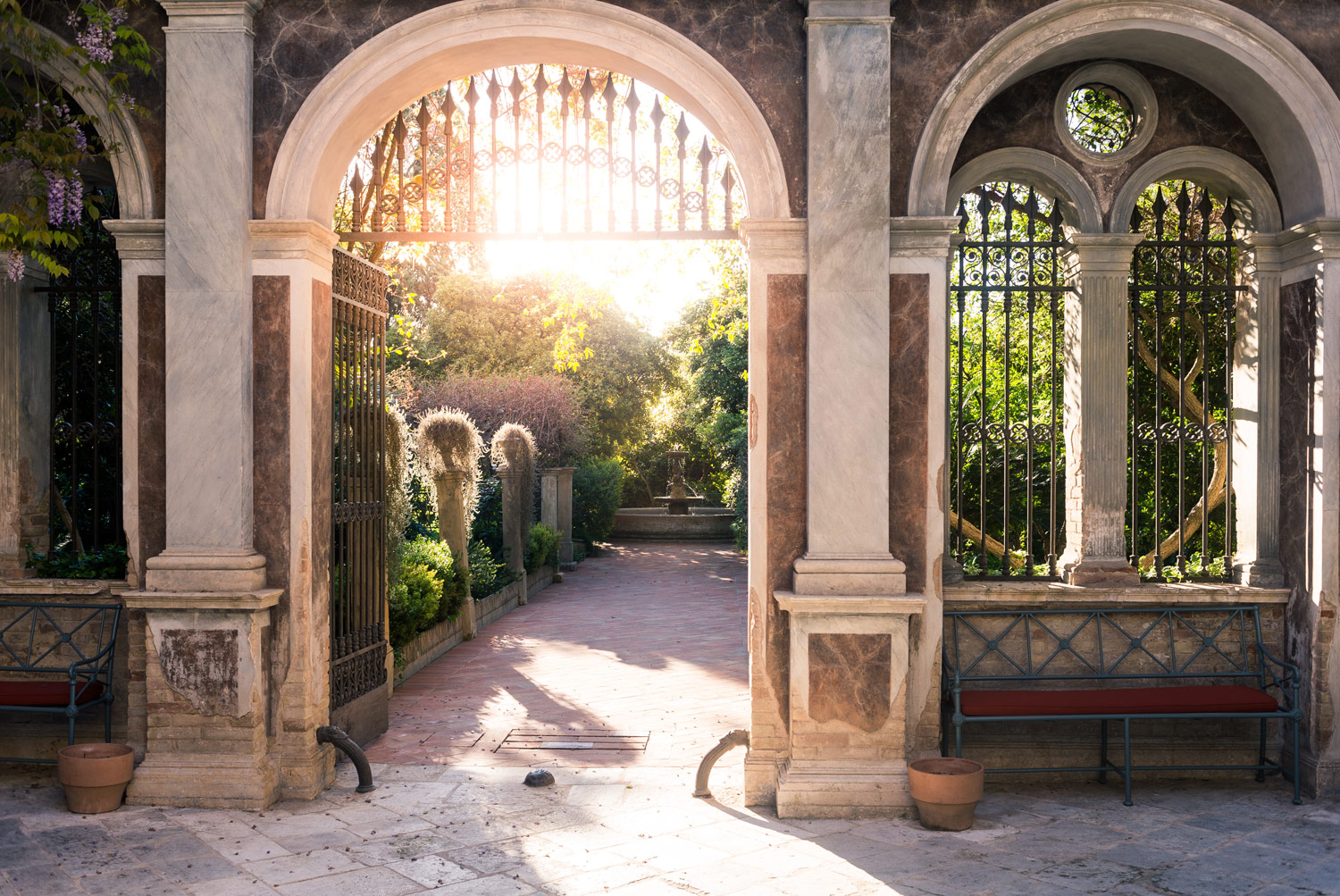 Francis Ford Coppola made his name directing a film in which people were presented with offers they “couldn’t refuse”.

But unlike the characters he brought to life in The Godfather, Mr Coppola only makes offers that people can’t refuse because they’re simply so tempting!

Take the Palazzo Margherita, for instance. 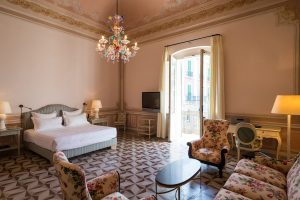 One of a string of world-class properties the great man owns in a portfolio known as the Francis Ford Coppola Resorts, it’s won plaudit after plaudit from Luxurious Magazine’s fellow luxury lifestyle publications – all of them impressed by what the resort has to offer.

Tucked away behind an almost-hidden entrance off the main street in the town of Bernalda, a part of Southern Italy unaffected by tourism, the Palazzo Margherita is a short distance away from miles of beautiful, deep, soft and sandy beaches on the cobalt-blue shores of the Ionian Sea.

It has its own private area of a beach club near an old pine forest, and you can either get there by cycling along a beautiful rural path or taking a free daily shuttle leaving at 10.30am and returning at 4pm.

Guests at the Palazzo Margherita heading for the beach can either have a picnic lunch prepared by the chefs or a characteristic lunch or dinner with fresh fish of the day, caught by local fishermen.

You can stay at Palazzo Margherita at almost any time, of course, but Mr Coppola’s people have teamed up with Butterfield & Robinson, the active travel company, to arranging cycling and walking tours across the Basilicata Region. 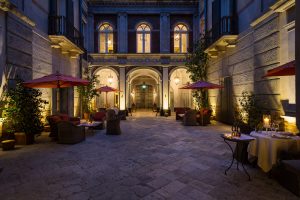 The seven-day and six-night walking trip in Puglia and Basilicata is designed by Georgia Yuill – a veteran trip designer, drawing upon her experience as a guide, hotel expert, Italian resident and above all, a facilitator of fun in designing incredibly immersive journeys in and around Italy.

Mid-day on Day 6, your guide will deliver you the short distance through the rolling countryside to Palazzo Margherita, which has bikes for hire, offers daily trips, and has yoga mats in each of the rooms.

But if all that sounds like too much hard work, you could always leave those mats unyogaed and take that shuttle to the beach!

And Mr Coppola won’t mind. As he puts it: “There are things to do at Pallazo Margherita… or just do nothing.”

It starts at Masseria Montelauro and ends at Bari airport, with the best times to visit being from mid-April to October.

Reservations are via +39 0835 549 060 or [email protected] and more information is at www.coppolaresorts.com/palazzomargherita 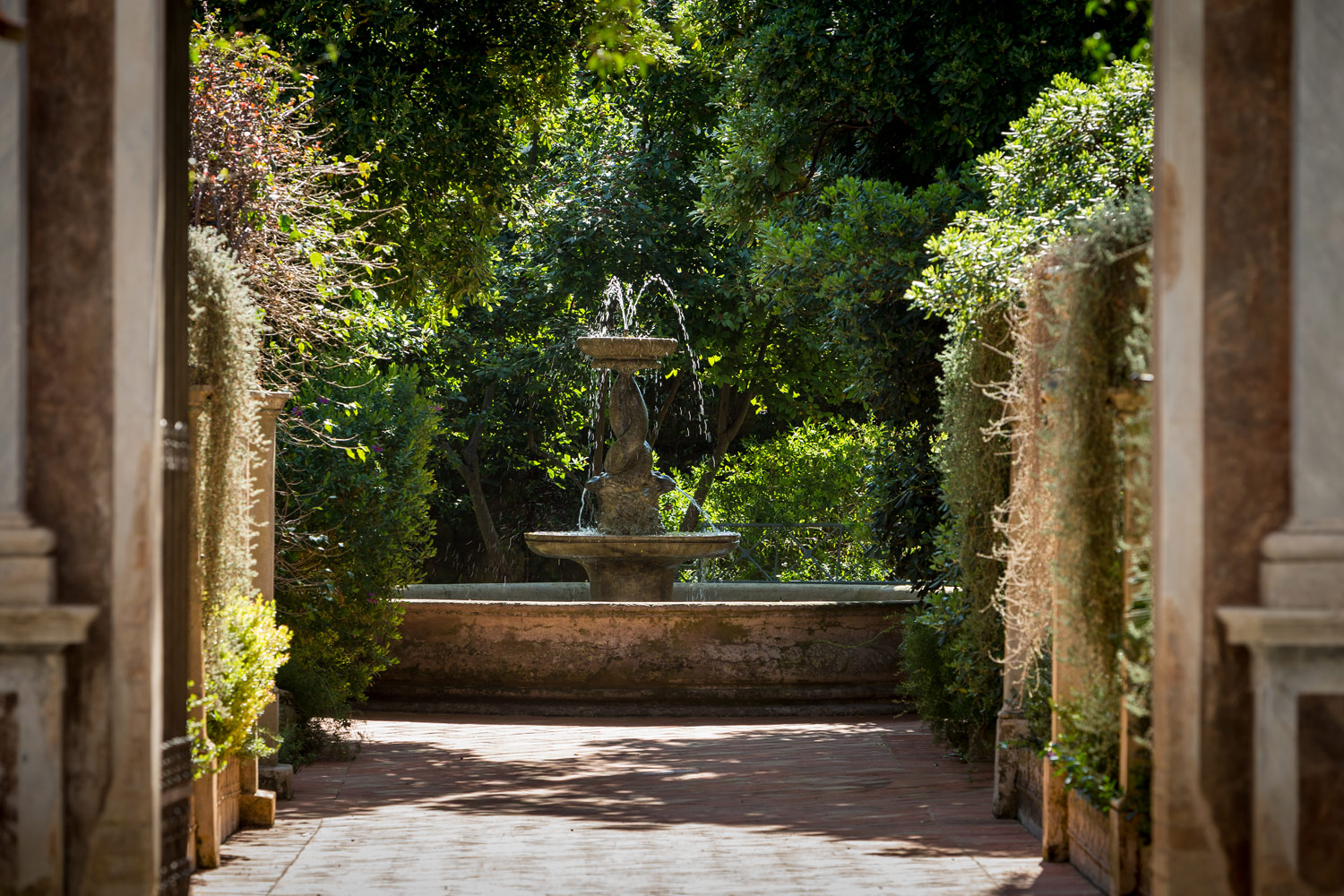