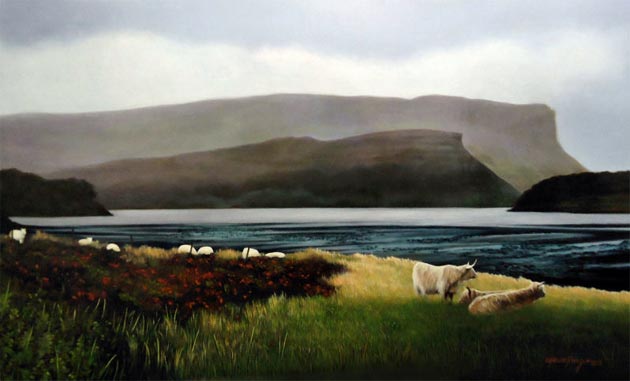 Bringing to the Las Vegas Strip a long overdue celebration of the visual arts and artists, the World of Art Showcase is holding its inaugural event at the renowned  Wynn Las Vegas Hotel December 20-22, 2012.

Presented by Jerry’s Artarama, World of Art Showcase is pleased to announce the addition of eight new, dynamic artists to the event. Receiving First Honors in the Portrait Society of America’s 2011 International Portrait Competition as well as certificate of excellence the previous year, former graphic designer Casey Childs has received notoriety and recognition for his work nationwide and is collected both publicly and privately.

Cuban-American Cesar Santos studied at Miami Dade College and the New World School of the Arts before traveling to Florence, where he rained at the Angel Academy of Art under the tutelage of Michael John Angel, a student of Pietro Annigoni. He has been the recipient of numerous accolades including a first place award in a competition sponsored by theMetropolitan Museum of Art.

Lauri Blank’s sense of “Romantic Figuratism” brings a sense of peace and reflection to the modern day world. Having appeared on numerous magazine covers, Blank in 2002 was selected as the artist for theGrammy Awards; her “Post 911” Grammy work symbolized the patriotism of a nation blended with our love of music. 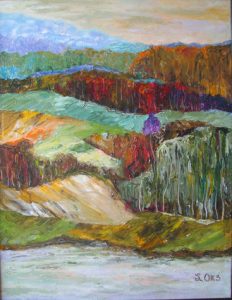 Exhibited widely across the U.S. and many international exhibitions in Europe, Leon Oks is able to retrieve the sweetness and ignore the bitterness of his years in the Ukraine, under suffocating Soviet bureaucracy. The women in his paintings are vessels of creative power and span the range of human emotions—she is Nature, Mother, Joy, Sorrow and Struggle.

Marcelo Daldoce, who once studied and lived at the Nucleo de Arte art school inBrazil, began his career as an intern in an illustration and design studio before working in advertising agencies. For six years, he worked from his own illustration studio, Macacolandia, with three partners.

English artist Mario Parga, Executive Director of the World of Art Showcase, is known equally for his virtuoso guitar music and his twenty-five years as a painter specializing in portraiture, figurative, landscapes and still lifes in the contemporary and classical realism styles. He has painted numerous high profile portraits for private collections around the world, painted murals (including all the murals at Chingle Hall, England, build in 1260 AD, as featured on a BBC documentary), exhibited with the Royal Institute of Oil Painters at the Pall Mall Galleries of London and had one of hisOld Master copies (Bouguereau) auctioned by world renowned fine art auctioneers Bonham’s of London. Mario is a member of the Portrait Society of America.

After graduating in 2002 with a BFA in illustration from Brigham Young University, Salt Lake City native Ryan S. Brown furthered his education by attending the Florence Academy of Art (FAA) in Italy. In addition to teaching at the Los Angeles Academy of Figurative Art between 2004-2006 and opening up his studio to students for several years, he was the top award winner of the John F. and Anna Lee Stacey Scholarship in 2004; won a Fellowship to the Hudson River School for Landscape; and won “Best Painting of the Year” at the Florence Academy of Art in 2007 as well as thePresident’s Award. Ryan has recently been on the faculty of the First Annual Plein Air Conference in Las Vegas in 2012, as well as the Portrait Society of America Conference in Philadelphia in 2012.

In 2005, Southern California native Tony Pro—who received his Bachelor of Arts degree in Graphic Design from Cal State Northridge and studied with famed illustrator Glen Orbik, was awarded the highly coveted Best of Showaward at the 14th Annual Oil Painters of America Show. That year, Pro, a signature member of the California Art Club as well as an honorary member ofACOPAL and an adjunct professor of art at Cal Lutheran University, was one of the Top Ten finalists of the Portrait Society of America show in Washington, DC.

The groundbreaking vision of David Goldstein, COO of Jerry’s Artarama—one of the world’s most loved art material supply companies—the World of Art Showcase is very much a cause to reestablish the arts to their rightful place within society. It is an exclusive show for professional artists from across the U.S. and around the world to sell their art and make important personal connections with art buyers, collectors and galleries. Click here to view the video promo.

Fashioned as a harmonized presentation of the finest original contemporary paintings, the exhibition is fast establishing itself as a world class cultural event. Its primary goal is to promote the most talented contemporary painters in America, with work ranging from classical to modern.

Collectors are encouraged to view, compare and reserve favorite paintings on the World of Art Showcase online gallery, and then later at the show meet the artists/galleries who painted/represent the works and make purchases directly from them. The show is also open to potential art collectors and general visitors who may have thought about investing in art but need guidance. Goldstein and Pargasee this as a completely new way of viewing and buying art, reflecting the start of a completely new age for the arts

Goldstein, a passionate art collector, and Parga, a musician, professional artist and Las Vegas resident, chose the Wynn Resort as their desired venue for World of Art Showcase for its amazing style and luxurious atmosphere as well as ownerSteve Wynn’s reputation as one of the world’s top 10 private art collectors.

The prestigious presentation of artwork on display in the two vast ballrooms at the Wynn is the centerpiece of a multi-faceted three-day “Celebration of the Senses”that includes live music, dance, boutique bourbon, fine wines, handmade chocolates, pastries, gourmet food and culinary arts.