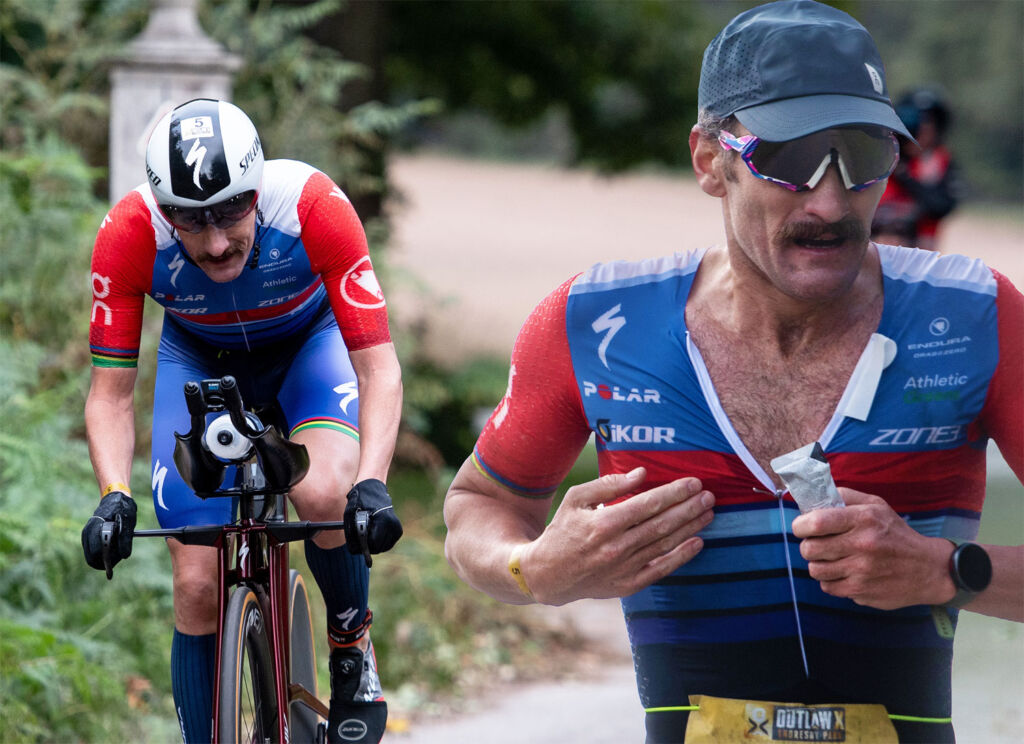 With England readying itself for a second lockdown, we (finally) caught up with multiple world champion and Olympian Tim Don to talk about how restrictions have impacted his training and preparation this year.

Anytime we have the opportunity to talk to someone considered to be one of the all-time greats in their chosen field, we’ll jump at the chance, or in some rare cases – sprint! For this interview we talk to Tim Don, a four-time world champion; three-time Olympian; two-time Ironman champion and the world record breaker for the fastest Ironman ever.

Although Tim Don sits at the pinnacle of his sport, he has experienced his fair share of challenges and hurdles, none more so than when he broke vertebrae in his neck during a training ride. Even in the face of this incredible adversity, he has still managed to return to the top of elite sport.

At the beginning of 2020, nobody without a crystal ball could’ve predicted the impact the Coronavirus would have on our way of life and in particular, its impact on all sports. The varying degree of restrictions in our country and many others have caused people to change the way they do many of the things they’ve previously taken for granted.

Tim Don on life as a professional athlete amid a global pandemic:

Tim Don: Training for three sports is hard enough. But when you have to do them in lockdown, it’s tough. I’ll be honest, the first couple of weeks I struggled mentally. Elite athletes are very goal orientated. We pick a goal, and then most of us work backwards and focus on the process to get to that goal. And then, all of a sudden, we didn’t have the same goal, but we still had to focus on a process. It did take a couple of weeks to adapt to that way of thinking.

There is no getting away from the fact that training and the ability to put in the miles is just not there during a lockdown, especially swim training with pools shut, options for athletes have been limited: 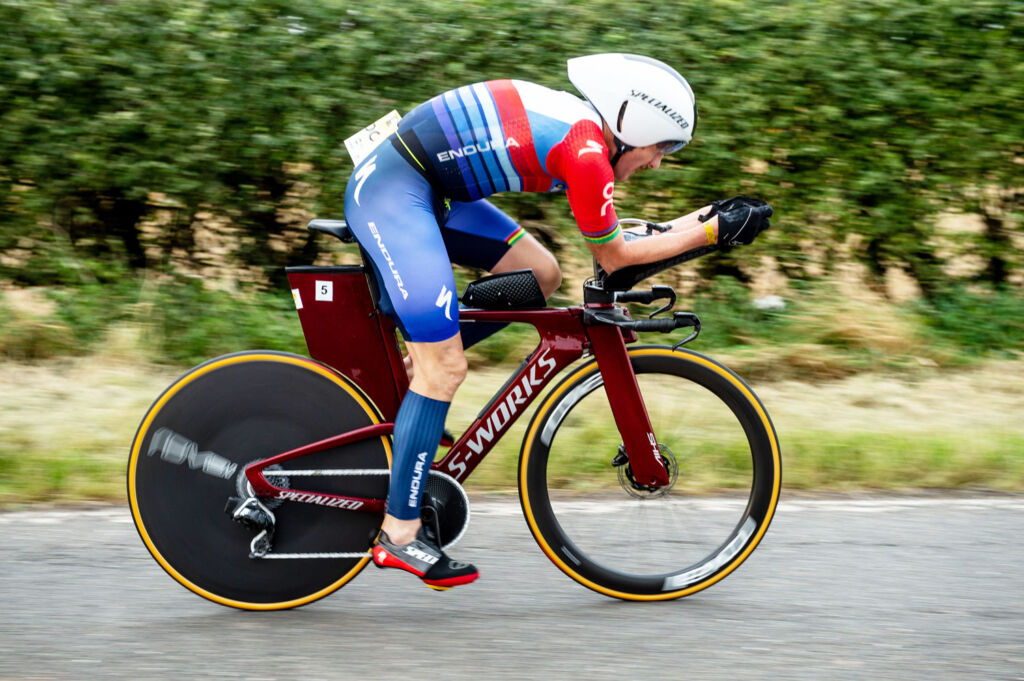 Tim: For quite a while, I’d only ridden outside twice; I’d only run outside, probably three times in the whole of the lockdown; and I hadn’t swum at all until I think it was at least the second week in May when we could swim in a lake. I was lucky that nine kilometres from my house is a lake we’re allowed to swim in, so since then, I’ve been swimming every day. I’ve been on Zwift most days on the treadmill in my garage – you have to find ways around it all.

But it wasn’t easy to know how to structure the training. Do I carry on doing the normal build training as if I’m racing in the summer? Or do I go back and do my winters training and turn the winter coming, into summer to hopefully race? Me and my coach Matt decided to hit it down the middle, keep a bit of intensity by doing some Zwift racing, but also do some longer stuff.

Lockdown has been tough on many around the country, yet professional athletes had to change the way they train and their approach training. Tim was no different. He took the time during lockdown to create a more rounded athlete: 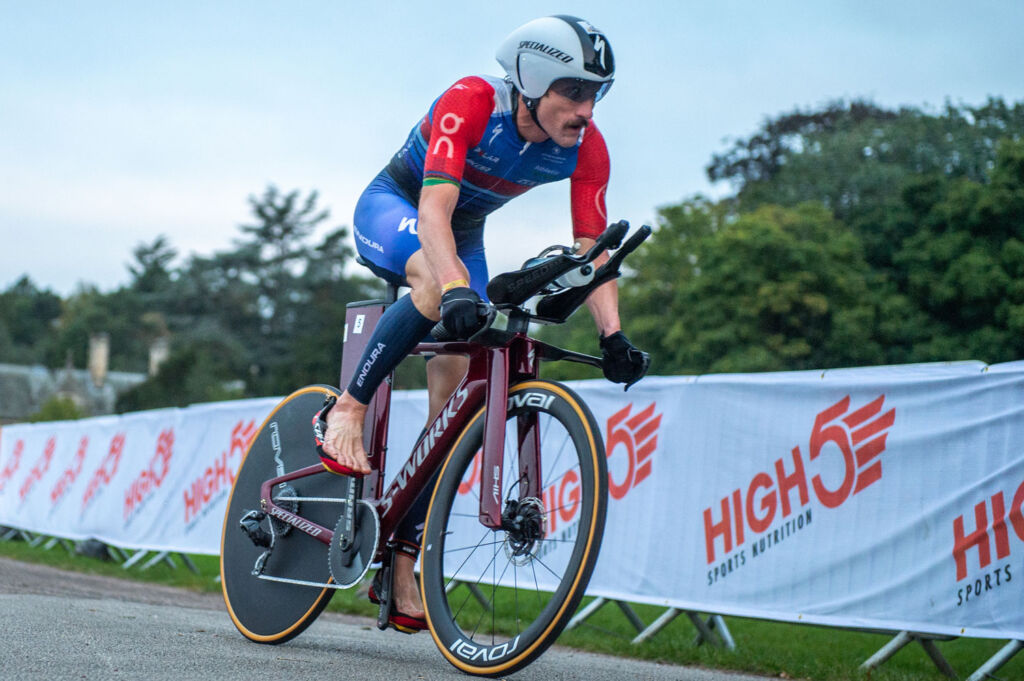 Tim: I’m fortunate that Matt, my coach, is very inventive, and we’ve spent this time to work on some of my weaknesses. Now we can go back outside were putting into practise everything we’ve worked on. And it has filled in some of my gaps on the bike and running.”

It is not only the training that suffers for athletes but the lack of interaction with the Triathlon community. After all, the world of Triathlon is like a family. This was another challenge that Tim overcame:

Tim: We’re social creatures. I mean, basically, I have worked in the same office since 1997, with most of the same people. It’s just that some days my office is in Hawaii, some days it’s in South Africa, it could be in Bolton or Brazil.

Social media has been great. I’ve been doing two online Pilates sessions a week on an online group, and I’ve been meeting up with people regularly in Zwift where we’ve had our closed rides.”

Part of Tim’s job as a professional athlete is to travel around the world to compete and represent his sponsors. With travel restrictions now starting to lift, how does Tim feel about the prospect of racing internationally:

Tim: We’re lucky enough to travel around the world, and yeah, I miss that. I think I’ve been to nearly 50 countries through my job through sport with some of these great people. Unfortunately, I don’t think the world will ever be quite the same in terms of travelling and racing, but there will be a new ‘norm’.

If airlines are flying and governments are saying we can fly, I’m a professional triathlete, so I’ll be there. We have to listen to the experts. Ironman has already done a video about how it will all look different. They are planning to have races, but they will be run slightly different.

Luxurious Magazine: So, when it comes to motivation, how do you keep in the zone for training when you don’t know if an event will be on or off?
Tim: I’ll be honest, there are definitely days when I’m like, ‘I really don’t feel like training today, what is the point?’, but for me, I love the process. A little while ago I did an hour bike session where I was holding my ‘best power’; and because of everything we’ve worked on over lockdown, it was the best power output I’ve done since 2013. That can really give you a boost. 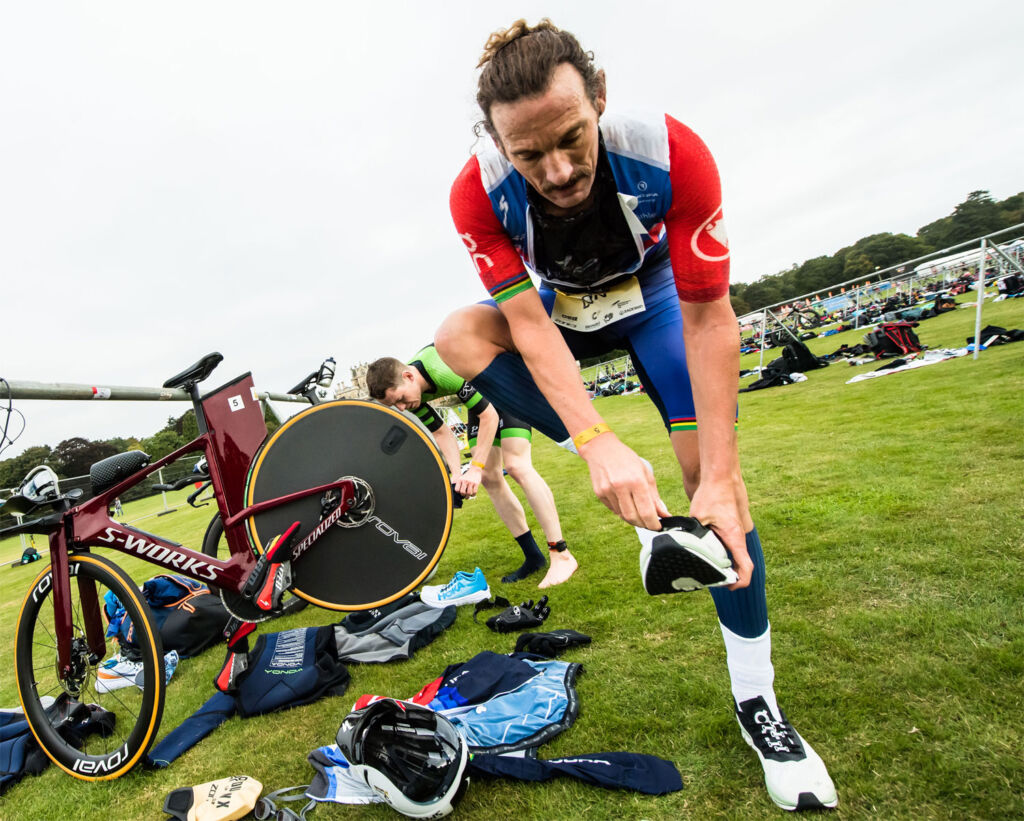 LM: With uncertainty about when, or which, races will start up again, what are your short and medium-term racing goals?
Tim: I think it really depends when we can return back to racing. I mean at the moment, Hawaii has been cancelled this year and been moved to February, so my main aim would be to qualify for that this year.

Now the conundrum is that there’s only a limited number of Ironman races between now and February. I can’t do two Ironman races and then race in February, so I have to pick. There are still so many unknowns. We can see the light at the end of the tunnel, but it is still very blurry.

LM: Will lockdown shake-up the world ranking?
Tim: No, not at all, it’ll be the same people up there. Triathlon is such a gritty sport. It’s a sport that rewards hard work. I think the people that are at the top are obviously very talented, but they also are used to working hard behind closed doors. So, I think the top athletes will still stay at the top. Sure, there might be the one or two surprises, but I think the majority will pick up where they left off.

LM: You have been working with endurance sports TV for a little while now, how did that start?
Tim: I’ve known the team there for as long as I’ve been in Triathlon. I also work a lot with Zwift, and in Hawaii, Zwift said, ‘look we’re doing these four pieces with endurance sports TV. Do you mind hosting them?’ and I said, ‘Yeah, sure I’ll give it a go’. 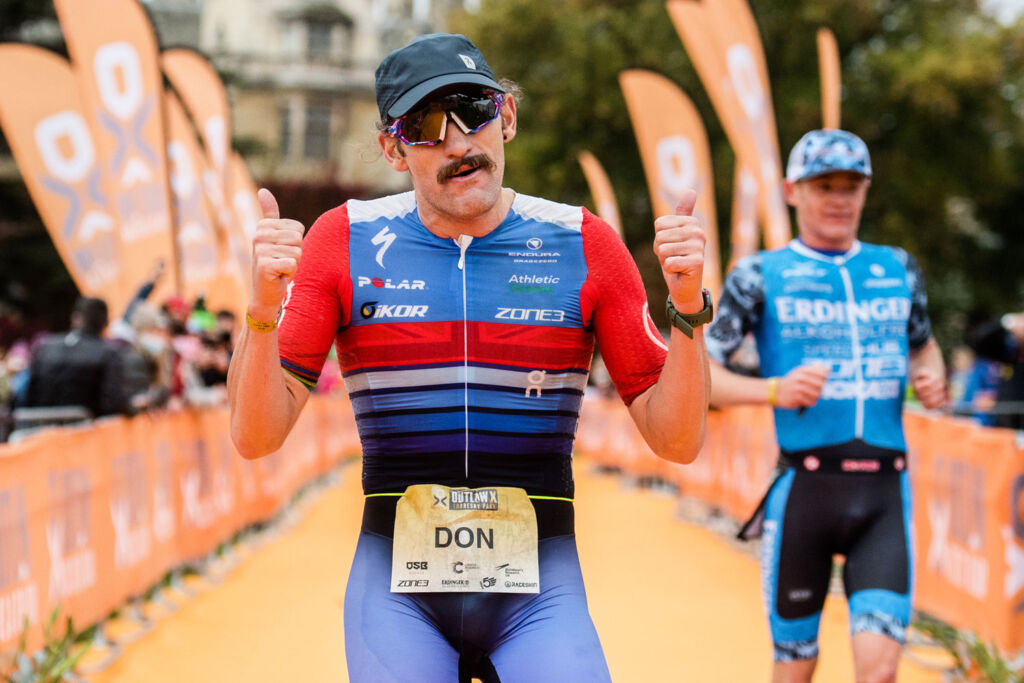 LM: How useful is it as a motivational tool to be able to see all of the content, is it a good way to motivate athletes at the moment?
Tim: Oh, yeah, I think it does. But I think the real beauty is in the variety. We’re all endurance junkies, and I follow Triathlon the most, then love watching running and cycling, but on endurance sports TV, I find myself watching all sorts. I was recently watching the Spartan races and was hooked. Lots of my friends have also done the Cape Epic mountain bike race, and you can see loads of races like that.

I was following some of the sky running series and, it’s just mind-blowing; I also recently watched a documentary about those people that swim in the crazy cold Arctic waters, it really is bringing a whole new world of endurance sport to me. I think it’s incredible.

LM: Has it inspired you to try anything outside of Triathlon at all?
Tim: It totally has but, I’m not getting any younger, and I’ve got to look after my body. I would love to do the Cape Epic one year but, you know, my body, kind of, is my job so maybe when I retire, I could do some of these crazy races.

To see Tim Don in action, take a look at endurance sports TV where there are over 400 films, including events and documentaries. Notable programmes to see Tim in action include the documentary Tim Don – The Man with the Halo; Patagon man; and the Tim Don Live from the Zwift Kona House where there are four episodes to enjoy.

To learn more about Tim Don’s journey through lockdown, endurance sports TV have recently released a new programme plotting how Tim managed the challenge of preparing for his first event of 2020, the Outlaw X. You can watch it at watch.endurancesports.tv/tim-don-processing-road-to-outlaw-x.

Read more interviews in our dedicated section here and for more articles on sports and health, click here.