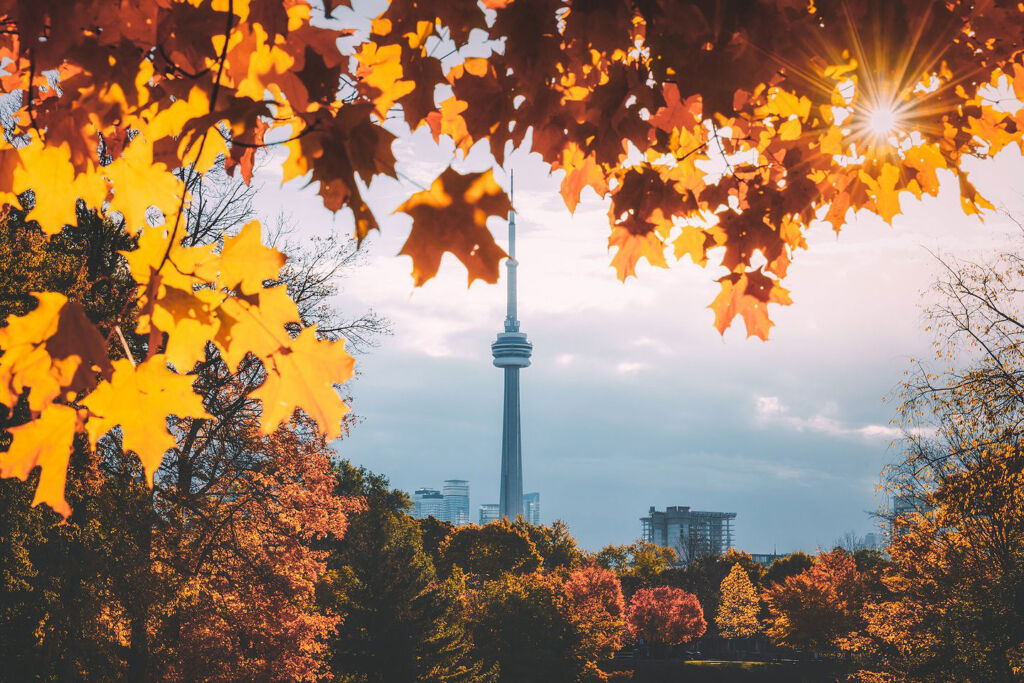 Toronto has an incredible number of things in store for residents and visitors in 2022. With the city now full re-opened, we’re looking at some of the spectacular things to experience, including the latest hotel openings, exhibitions, stage shows and more.

W Toronto, opening July 21 2022
The W Toronto will be the latest addition to a slew of new hotels in the city. Surrounded by iconic galleries, sophisticated shopping, and electric nightlife, the brand-new luxury hotel is an urban oasis of culture and style located in the heart of Yorkville. Explore what’s New/Next at the live music and DJ series in the Living Room.

St. Regis Hotel – Rhythm & Blooms Signature Rituals Pop-Up
Spring is in bloom at The St. Regis Toronto with the launch of its Rhythm & Blooms Pop-Up in Astor Lounge, open now until July 31, 2022. The elegantly Instagrammable experience provides the perfect setting to celebrate the season and return to in-person hobnobbing.

The MICHELIN Guide is coming to Toronto
Toronto is a city where top chefs want to establish a presence and where emerging chefs nurture their culinary talent – both drawing on locally produced ingredients unique to Ontario. In May 2022, Michelin and Destination Toronto announced that Toronto would be the first Canadian city to be entered into the renowned MICHELIN guide. The inaugural edition of the MICHELIN Guide Toronto will be announced in Autumn 2022, with a selection of restaurants receiving honours.

Mezcalero – opened spring 2022
An exciting new spot for tapas and tequila turned up the heat in The Annex in the spring. Mezcalero has a sprawling raised patio, supper club-style events, and delicious dining.

Soluna – 314 Queen Street West – opened in early June
Soluna, a new day-to-night restaurant concept with a rooftop terrace, opened at the iconic 314 Queen Street West address in early June. A laid-back dining experience awaits at the Soluna, where guests embark on a journey of the senses, exploring the flavours of coastal regions around the world in every bite. By day, the guests can enjoy a rooftop oasis for a perfect carefree escape from the bustling life in the city. As the sun sets, experience the indoor wanderlust space with earthy bohemian minimalism and effortless dining.

Don Alfonso 1890 – New location
Construction has begun on the soon-to-be permanent home of Don Alfonso 1890 at the iconic Westin Harbour Castle. Located on the edge of Lake Ontario, the new location will offer stunning views of the city skyline and Toronto’s harbour. Don Alfonso 1890 was voted the best Italian restaurant in the world and also came in first place for its multi-course prix fixe tasting menu.

Le Sélect Bistro – opened 24 June
Le Sélect Bistro re-opened in its legendary Wellington Street location on June 24, 2022. The restaurant has been resurrected by renowned restaurateur David Aisenstat who has long loved the authentic legacy of the celebrated, traditional French bistro.

Smorgasburg – opening July 23
This summer, Smorgasburg will launch the first-ever international weekly market in Toronto. Smorgasburg Toronto will launch on July 23 on the waterfront for eight Saturdays (through September 10), located at 7 Queens Quay East, at the foot of Yonge Street.

Many of Toronto’s major festivals have returned for summer 2022. See the full list here.

Sandbox VR
Sandbox is a futuristic VR experience for groups of up to 6 where you can see and physically interact with everyone inside, just like in the real world. Inspired by Star Trek’s Holodeck, our exclusive worlds let you feel like you’re living inside a game or movie and are built by EA, Sony, and Ubisoft veterans. See why Justin Timberlake, Katy Perry, Kevin Durant, and Will Smith support us.

2022 Tammuz Festival
The Tammuz Festival will take place from 15 to July 17, 2022, at the Meridian Arts Centre in North York. The three-day festival features an exciting lineup of well-known artists and exciting programs for all ages. Tammuz will open on the evening of July 15 with a gala, an unforgettable performance by the Rastak Ensemble, followed by dinner.

Immersive King Tut
One hundred years ago, the boy king’s tomb was discovered. This summer, celebrate the anniversary by venturing into the valley of the kings at Immersive King Tut. The ground-breaking immersive King Tut experience takes you on a mythical journey through the Egyptian afterlife. As a pharaoh, Tutankhamun is the sun of his nation. In this immersive experience, you will follow him on his journey through the underworld – will he triumph and bring his people eternal light and prosperity? Immerse yourself! Experience ancient Egypt like never before! It opens on August 10 2022, and tickets are on sale on July 17.

Summerlicious
Summerlicious, one of the city’s most popular culinary celebrations, is returning this summer from 12 to August 28.

Also on major city stages this summer are: 2 Pianos 4 Hands, a comedy about studying to become the finest concert pianist, which opened June 4 at the Royal Alexandra Theatre; and the North American premiere of London’s newest musical hit, & Juliet, opened on June 22 at the Princess of Wales Theatre. & Juliet features a hilarious script by David West Read (Schitt’s Creek) set to some of the biggest hit songs of our time that will have you dancing in the aisles.

Aga Khan – The Power of the visual, Open April – September 2022
The 62-piece exhibition explores image-making over the centuries through the lens of historic and contemporary artworks from diverse Muslim cultures. The exhibition is divided into four main sections, with each one focusing on different aspects of how images express — and, in turn, shape — our beliefs, ideals, and experiences.

Ontario Science Centre
An exciting new exhibition landed at the Science Centre, running until September 5, 2022. Celebrate the power of innovation to make dreams take flight with Above and Beyond: An Interactive Flight Exhibition. Soar like a bird with the help of virtual reality, pilot a jet, design a supersonic plane, race your friends, ride a space elevator—and much more! Plus, find out how scientists are still working on taking humans faster, higher and farther than ever before.

Join scientists to unearth a prehistoric world now lost to ice on the southernmost continent of Antarctica. The latest IMAX® film, Dinosaurs of Antarctica, opened on June 1, 2022; during the film, you’ll face fearsome dinosaurs and fascinating creatures that inhabited a lush landscape—one that looks nothing like the frozen desert we know today—while exploring the effects of a changing climate.

Royal Ontario Museum
The first gallery of its kind in North America brings the dawn of life to life with the Willner Madge Gallery, Dawn of Life. Explore one of the world’s most astounding fossil collections and journey through the wonders of the past, present and future.

The Power Plant
The Power Plant recently announced a unique partnership with curator Ala Roushan to present BREATHLESS, a multifaceted project that considers the urgencies evoked by today’s air crises, including a global respiratory pandemic, racial injustice (“I can’t breathe”), forest fires, and carbon emissions, all of which instil feelings of uncertainty for our futures. Runs until October 30, 2022.

For more information on things to do and see in Toronto, visit www.destinationtoronto.com. 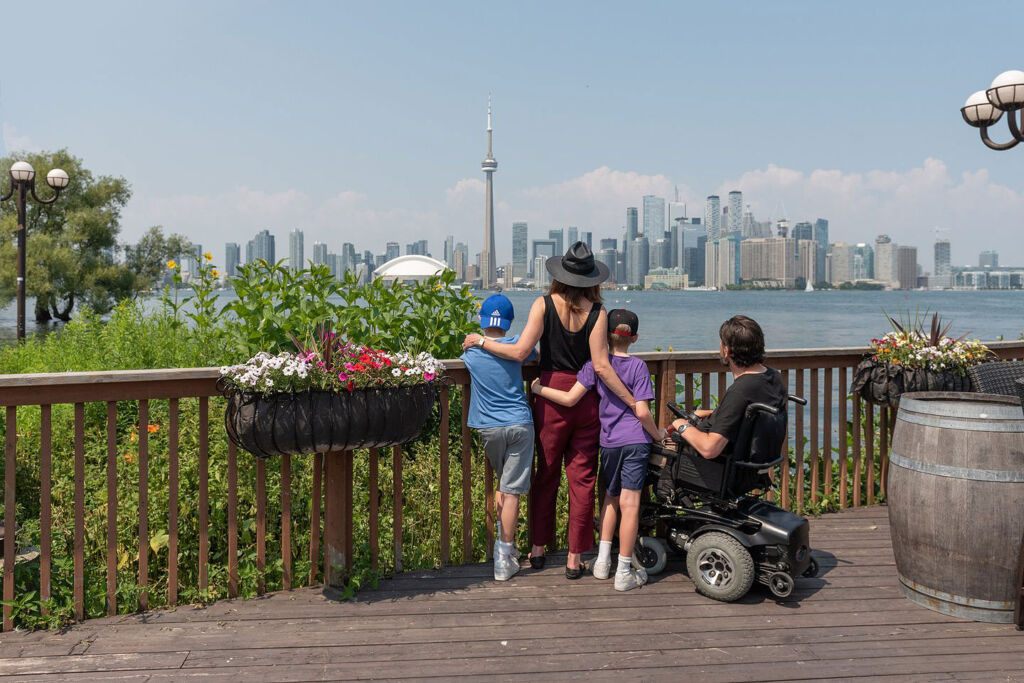