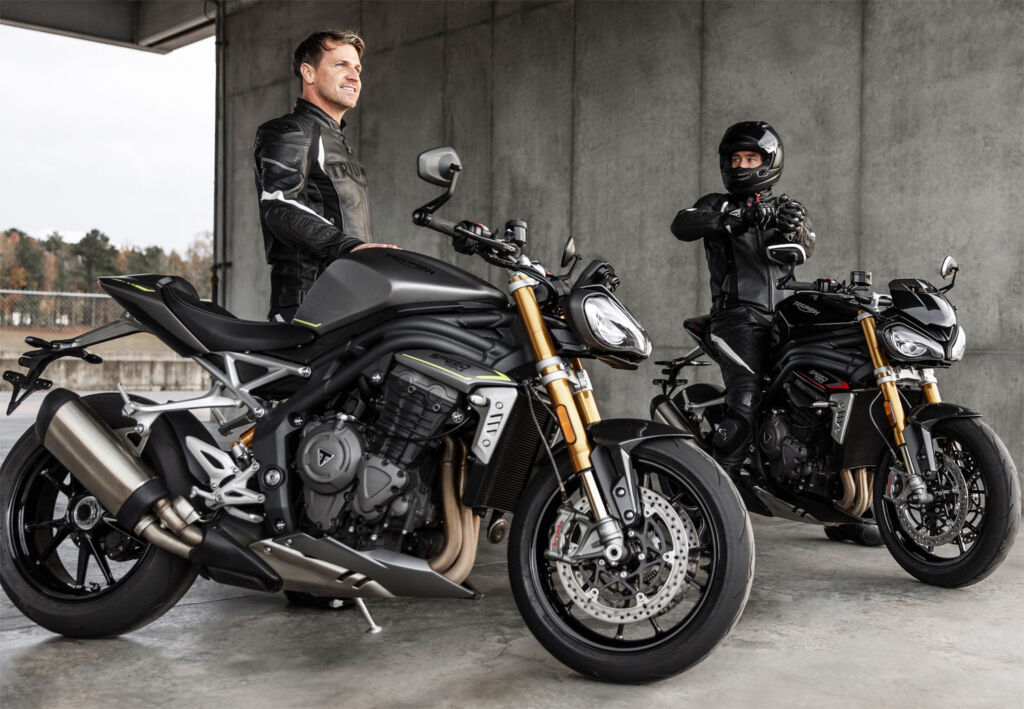 Triumph has come up with a revolution in the naked bike sector with its incredible Speed Triple 1200 RS. Jeremy Webb takes a closer look at what it is expected to offer.

The British company purposely designed the model to deliver outstanding performance and handling combined with the latest in technology. I can’t wait to review one for Luxurious Magazine, in the meantime, please have a read of what I know of the bike.

Building on its heritage Triumph has launched their latest generation of Speed Triple which is more powerful, lighter and better handling than its lauded predecessors. An 1160 cc triple engine is new to Triumph, taking knowledge from its Moto2 racing programme. A scintillating ride is obtained from the 180ps peak power produced at 10,750 rpm. 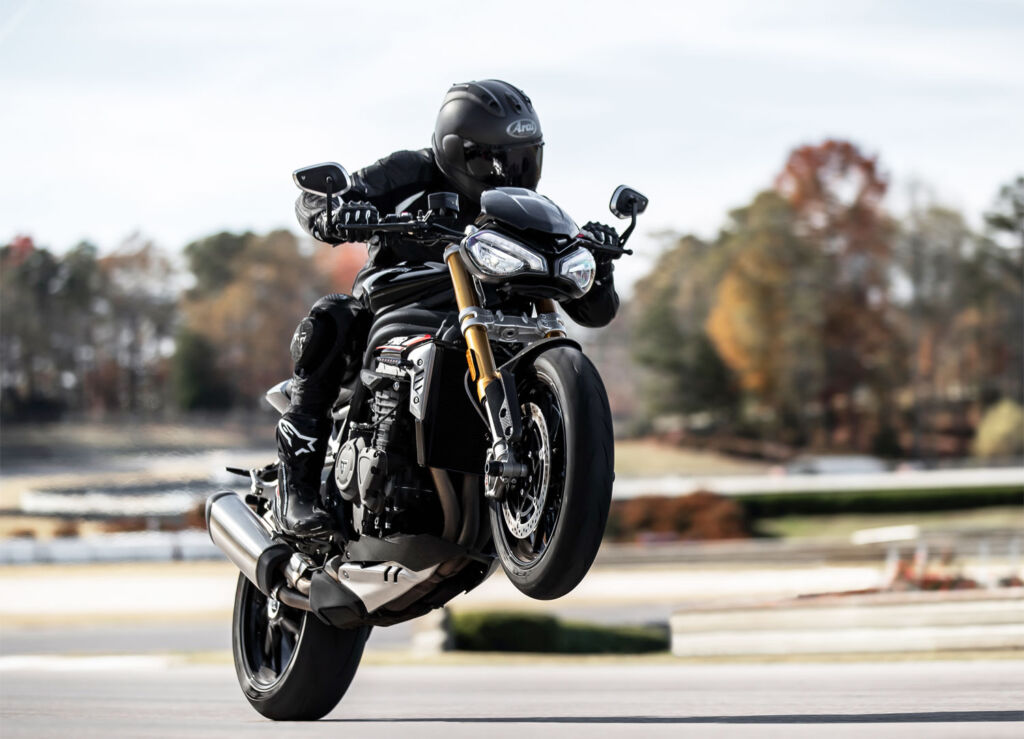 To match the performance, the chassis is lighter developed to deliver the best handling Speed Triple ever. Precise, dynamic and agile the handling has been improved from a more toned, tighter, mass centred package. The whole bike is 10kg lighter than the previous generation. 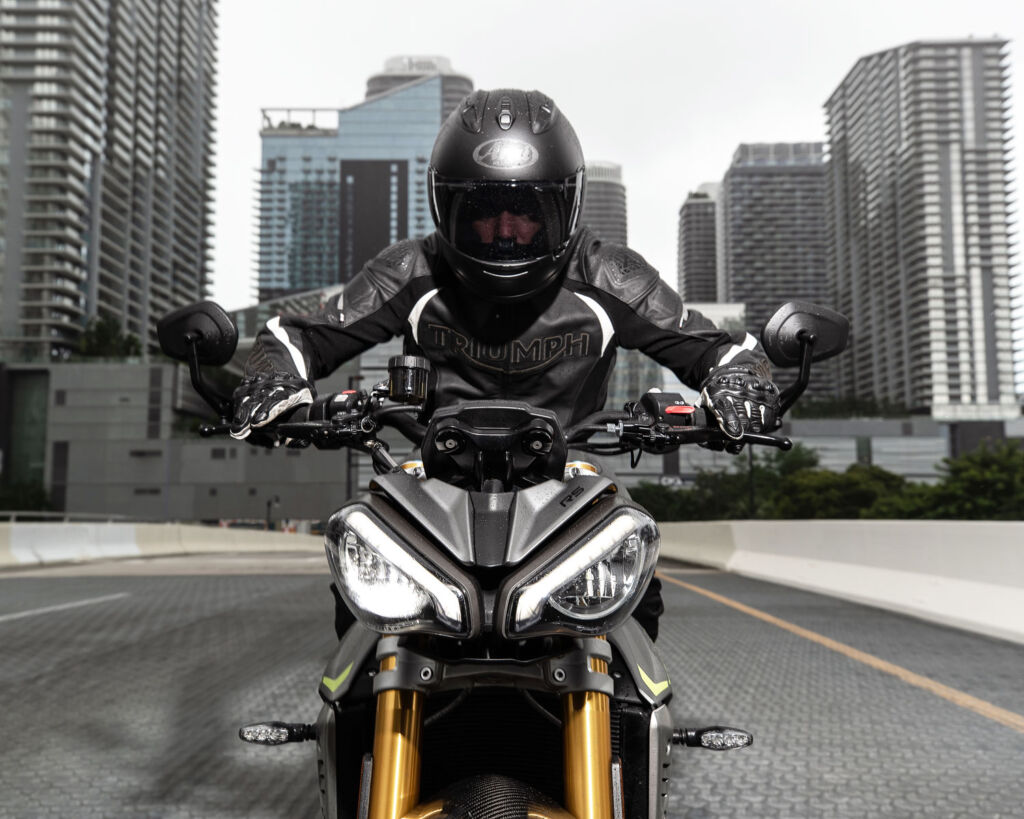 Throughout the design process, the rider has been thought of, attention to detail paid to riding position and comfort. 13mm wider handlebars give a purposeful and dominant position allowing better control and feel.

The position of the footrests has been altered, giving better ground clearance without the loss of legroom. The seat is more comfortable due to a new profile and construction, a bonus on longer journies.

The Speed Triple 1200 RS has been given the latest technology both in rider safety and information. A 5″ TFT instruments display screen enables the user to quickly obtain status information.

Owners can now integrate with their bike too due to the My Triumph Connectivity system, fitted as standard. They have access to turn-by-turn navigation via the free My Triumph app, GoPro control, phone control and music operation. 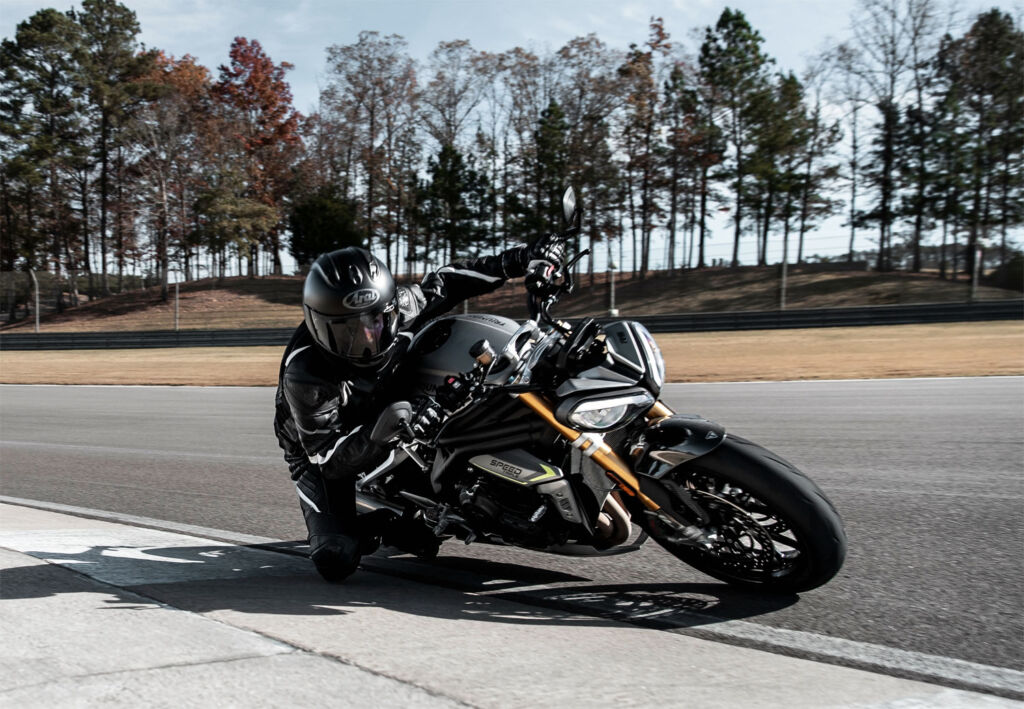 Aggressive, agile and purposeful all generations of the Speed Triple have thrown down the challenge to other makes. The original created the performance naked category back in 1994, and coined the phrase ‘factory streetfighter’.

Designed from the ground up for the road, as a naked performance street bike, the 2005 Speed 1050 then reset the benchmark all over again in a competitive class of predominantly adapted track-oriented sports bikes. 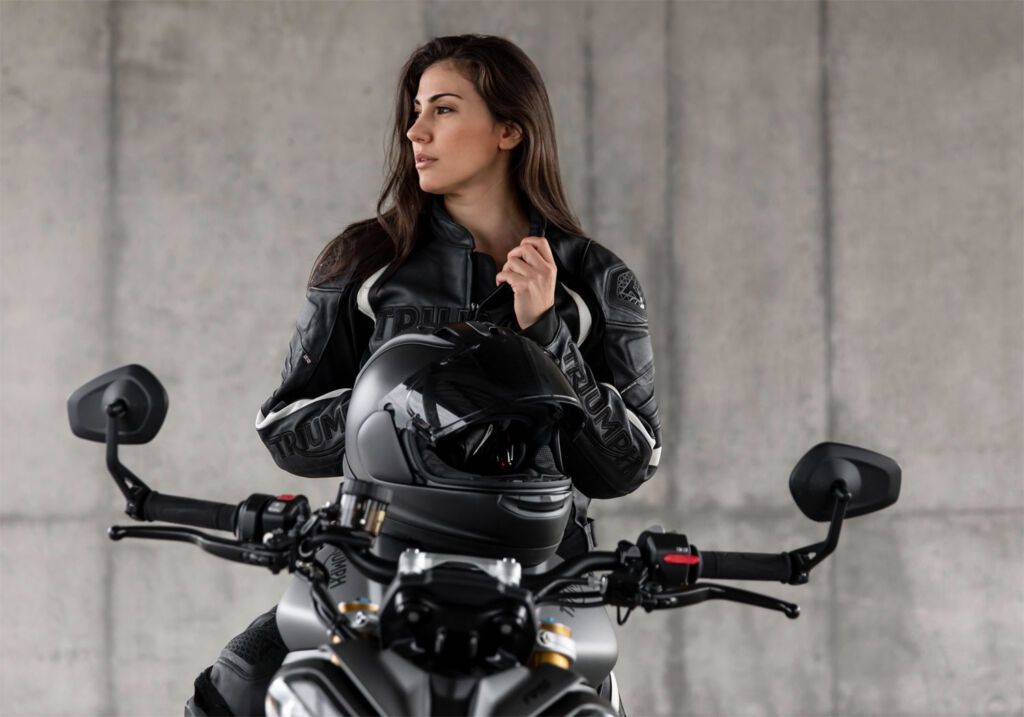 The Speed Triple 1200 RS, means Triumph stands almost alone in the category with a motorcycle designed first and foremost as a road-focused naked performance street bike. But with all of the benefits for the rider, yet no shortcomings inherent in track-focused motorcycles evolved for the road, where power, torque and handling can never be fully exploited.

Triumph’s Speed Triple 1200 RS is priced at £15,100 and has a high 10,000-mile service interval and two years unlimited mileage warranty. The bike is expected to be with dealers from the end of February. For more information, visit www.triumphmotorcycles.co.uk.