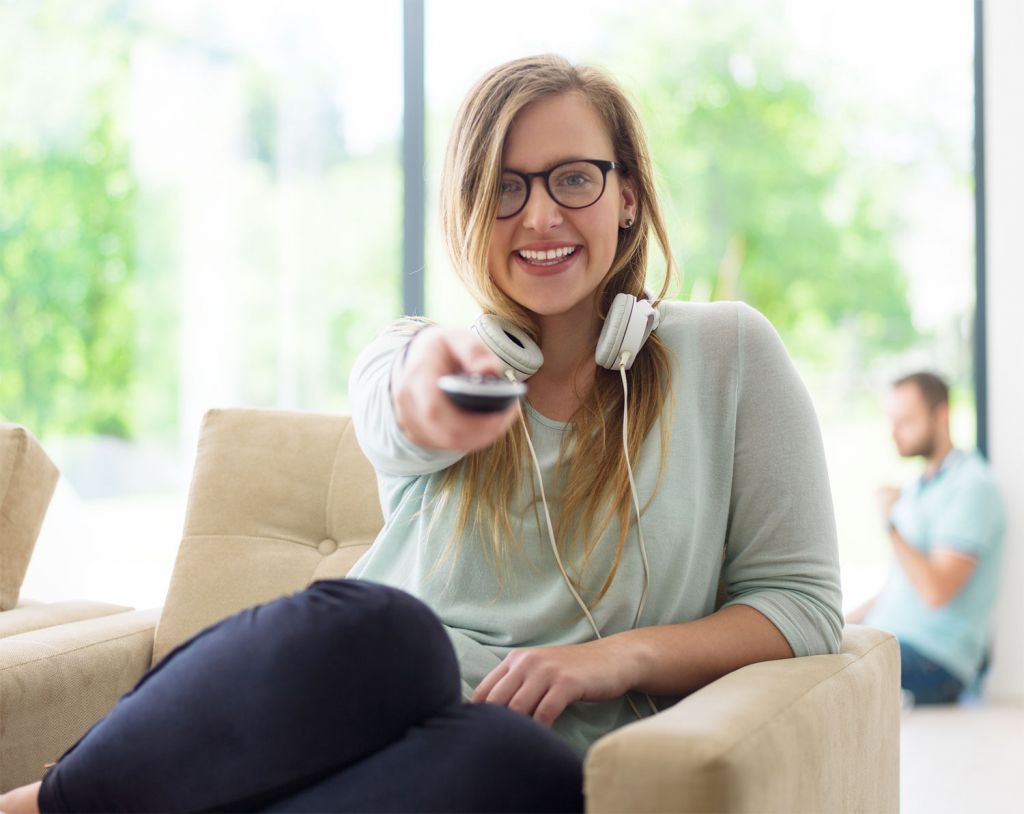 The cost for a UK TV licence is due to increase causing consternation across the nation, with some calling for the licence to be scrapped altogether. All this leads us to ask the question – “Does the UK TV Licence Represent Good Value for Money?”

It is astonishing how a well-respected institution such as the BBC can in such a short space of time partly dismantle decades of affection. Many people up and down the country appear to have lost faith and respect for the worlds-greatest national broadcaster. Given the current negativity shown in some of the national press, we must ask the obvious question – “Is the UK TV Licence value for money?”

To help us answer this question, Howsy has put together some helpful statistics highlighting what other countries are paying for their licences.

Currently, the UK is home to the fourth-highest TV licence cost when compared to 17 other European nations, and even with the impending increase, this will remain the case.

While £154.50 a year does expensive for the occasional bit of prime time Attenborough, the information following helps by breaking down how this ties in to the cost of living when compared to other European nations.

The research shows that all things considered, the UK is far from the most expensive place to live and actually ranks 13th out of the 17 nations included, with 51% of income required to cover these basic outgoing.

Only Austria, France, Germany, and Switzerland saw these costs account for a lower percentage of income, with Switzerland the most affordable of the lot coming in at just 33%.

If the planned increase in the TV licence fee is making you want to tune out, spare a thought for those in Montenegro. In contrast, the price of a TV licence is one of the lowest, couple it with rent, utilities and internet and the basic cost of renting eats up 83% of the average salary.

These costs also equate to between 70%-79% of income in Bosnia and Herzegovina, Poland, Albania, Slovakia, Croatia, Greece, and Portugal, with the Czech Republic, Slovenia, Ireland and Italy also home to a higher cost of living as a percentage of monthly income when compared to the UK.

Founder and CEO of Howsy, Calum Brannan, commented: “There is certainly an argument to be made about the relevance of a TV licence in an age where the majority of media consumed is done via additional channels to both live TV and more specifically the BBC.

However, when you consider it within the wider cost of living and what it equates to in relation to the earnings available, the UK is actually one of the more affordable places to get by.

While this still doesn’t make it easy, spare a thought for those in the likes of Montenegro where a much vast proportion of income goes on getting by despite the cost of a TV licence coming in about £120 cheaper than it does here.” 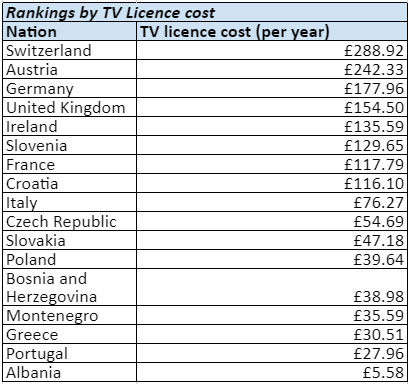 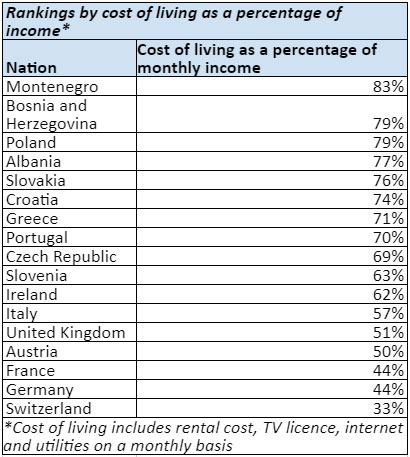 How the Data was obtained
TV licencing costs in the UK and in Europe.
Average living costs courtesy of Numbeo.

“After considering all of the above, ‘Does the UK TV Licence Represent Good Value for Money?‘ With the planned increase in price on the horizon, sadly, I think no. I believe there is a strong argument for a paid licence, but it needs to considerably less than what is being asked. Of course, a reduction in the licence fee would result in fewer programs. Perhaps getting a little smaller, consolidating and then re-doubling efforts with the whole country behind it would be more beneficial for the BBC over the long-term? – Paul Godbold.