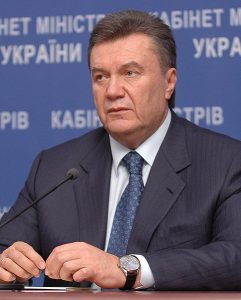 The President of the Ukraine Viktor Yanukovych believes it is his duty to create favourable conditions for investors in Ukraine, he said while visiting the JSC Eurocar that produces Skoda cars in Ukraine.

The Eurocar plant, located in the Uzhgorod region of Western Ukraine, is a $ 250 million automobile assembly project, designed and built when Ukraine has already become independent. The plant now employs 540 people, all of which went through professional training abroad. The ISO 9001:2000 certified Eurocar plant is expected to possess a full production cycle by the end of this year, after the installation of specifically designed body welding and body painting lines.

During his visit to the Eurocar plant the Ukrainian President noted the overall improvement of investment climate in the country highlighting that as the President of Ukraine he pays a lot of attention to improving the regulatory and tax policy and to combating corruption. President Yanukovych believes it is his duty to create favourable conditions for investors in Ukraine.

6 Months ago the Ukrainian leadership had identified and embarked on implementation of four key reforms, namely: tax, administrative, anti-corruption and pension reforms. The first to be accomplished had been the administrative reform designed to reduce the number of public servants by reorganizing the ministries and decreasing their number by a third.

Shortly afterwards, the Ukrainian parliament adopted the Law On Principles of Prevention and Combating Corruption in Ukraine, which required all government officials including head of the state and members of the parliament to bear criminal and/or administrative responsibility for acts of corruption, and publicly declare their income and, what is more important, any expenses that exceed their income. The adopted law will take effect on July 1, 2011, except for the article on financial control, which will be in force as of Jan. 1, 2012.

As far as financial risks are concerned, Ukraine’s issuer default rating (IDR) has improved in July, 2010 from B- to B according to Fitch Ratings. The Standard and Poors agency rated Ukraine as CCC+.

To stimulate foreign investments, in July of 2010, the Parliament adopted the law on public-private partnership which allows foreign businesses to benefit from the national regime for investment and business activities and allows for additional guarantees protecting their investment.