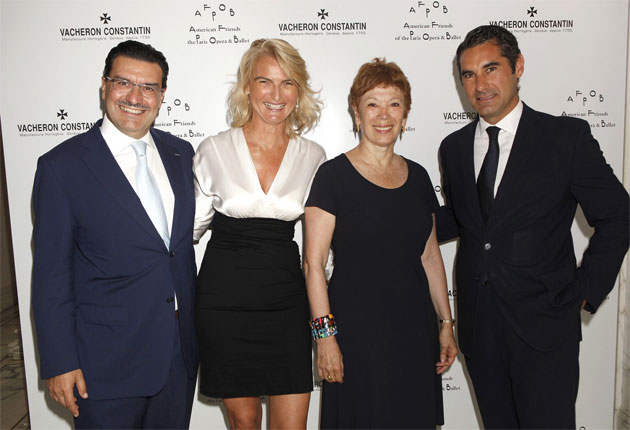 The luncheon was held at the Cultural Services of the French Embassy and attended by 80 esteemed guests.  Among the guests were Marina de Brantes, honorary Chairman of the American Friends of the Paris Opera & Ballet, Board Members Serena Lese, Carol Mack and Laura Zeckendorf, Board of Trustees, Pablo Legorreta and Steve Pesner, American Friends of the Paris Opera & Ballet President Edward Reilly, as well as Nigel Redden, Director, Lincoln Center Festival, and Christophe Tardieu, Deputy Director of the Opéra National de Paris.

In his speech in honor of Ms. Lefevre, Mr. Torres referenced Vacheron Constantin’s ongoing sponsorship of the Paris Opera Ballet and the common values both institutes share, such as the respect of tradition, the constant search for excellence, the transmission of know-how and the support of creativity.  Also, Mr. Torres formally announced that company’s sponsorship of the Paris Opera & Ballet would continue.

“We are honoured to support The Paris Opera Ballet and look forward to supporting and celebrating the 300th anniversary of the Ecole de Danse next year.”

The guests admired precious timepieces from Vacheron Constantin’s Métiers d’Art and Patrimony collections.  The Métiers d’Art – Chagall & l’Opéra de Paris timepieces were presented for the first time ever in the US on this special occasion: The “Tribute to Famous Composers,” whose dial is an exact reproduction of the famous Chagall ceiling of the Garnier Opera house, and the “Hommage à W.A. Mozart,” a unique piece and rendition of Chagall’s interpretation of this artist.

Since 2007, Vacheron Constantin has been a sponsor of the Opéra National de Paris.  This year, Vacheron Constantin chose to sponsor the Paris Opera Ballet’s US tour with performances in three cities, Chicago, Washington and New York; a month-long tour for this world-renowned company whose more-than decade-long absence from the US had been acutely felt.  Both Vacheron Constantin and the Paris Opera and Ballet have an extraordinary artistic heritage that they continuously nourish and enrich. Vacheron Constantin’s patronage also bears witness to the affinities between time and art, two worlds that echo each other and are driven by the same emotion: passion. 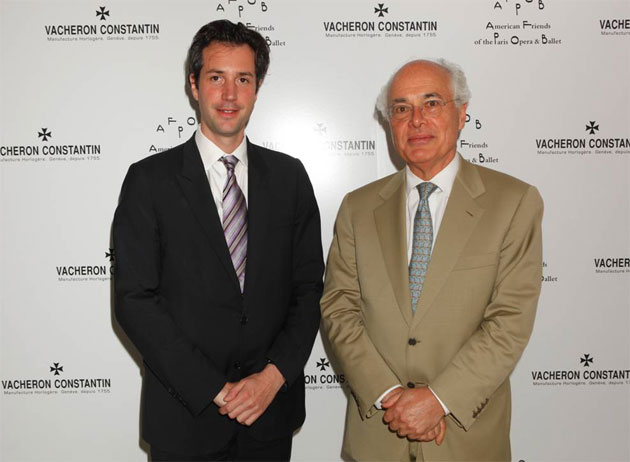