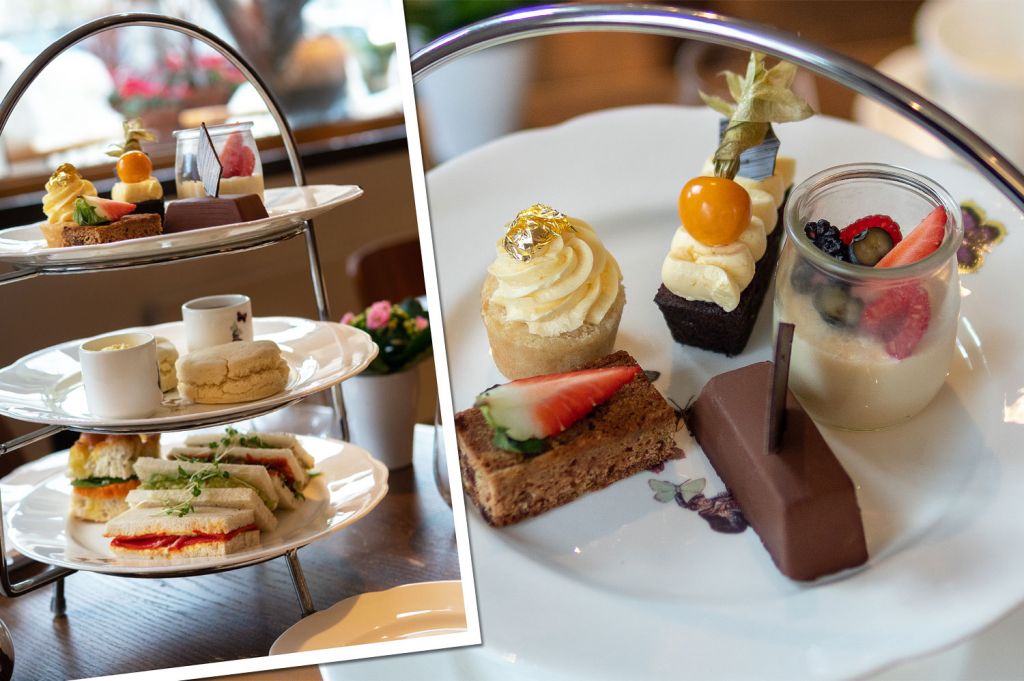 Simon Wittenberg tries out the British afternoon tradition with a difference at Galvin At The Athenaeum in Mayfair.

I wouldn’t class myself as a vegan by any means, and I know it would help save the planet if I cut down on my dairy and meat consumption. Veganism is indeed a growing movement, and there is more choice than ever for those who choose to pursue this dietary preference. 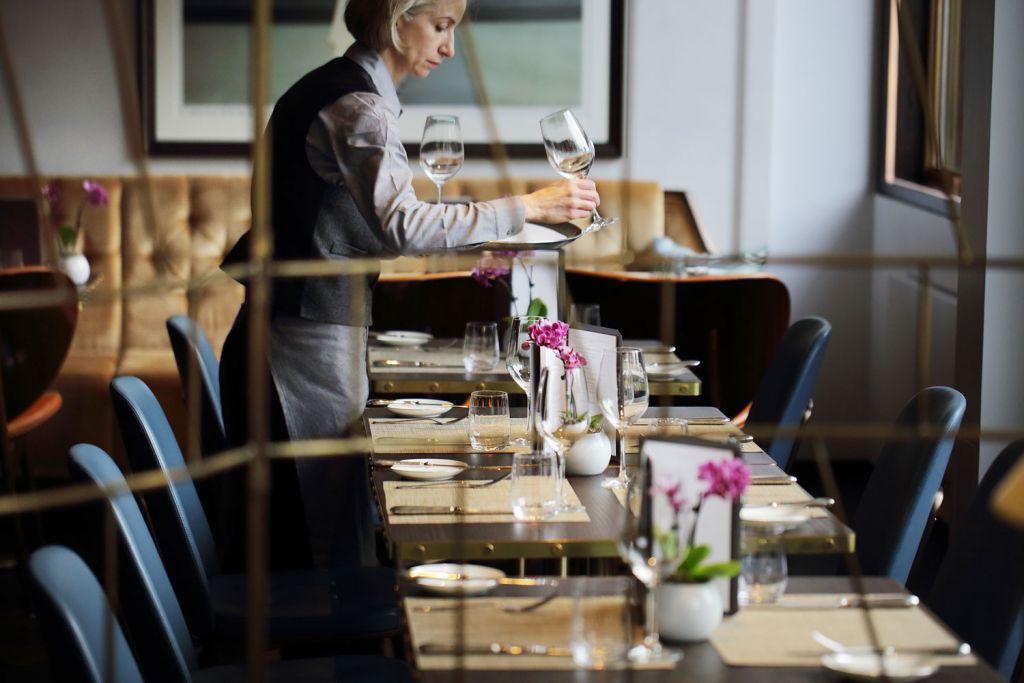 Launched last month during what’s now being termed as ‘Veganuary’, the vegan afternoon tea is the latest addition to the menu line-up at the restaurant of the five-star Athenaeum Hotel on London’s famous Piccadilly. 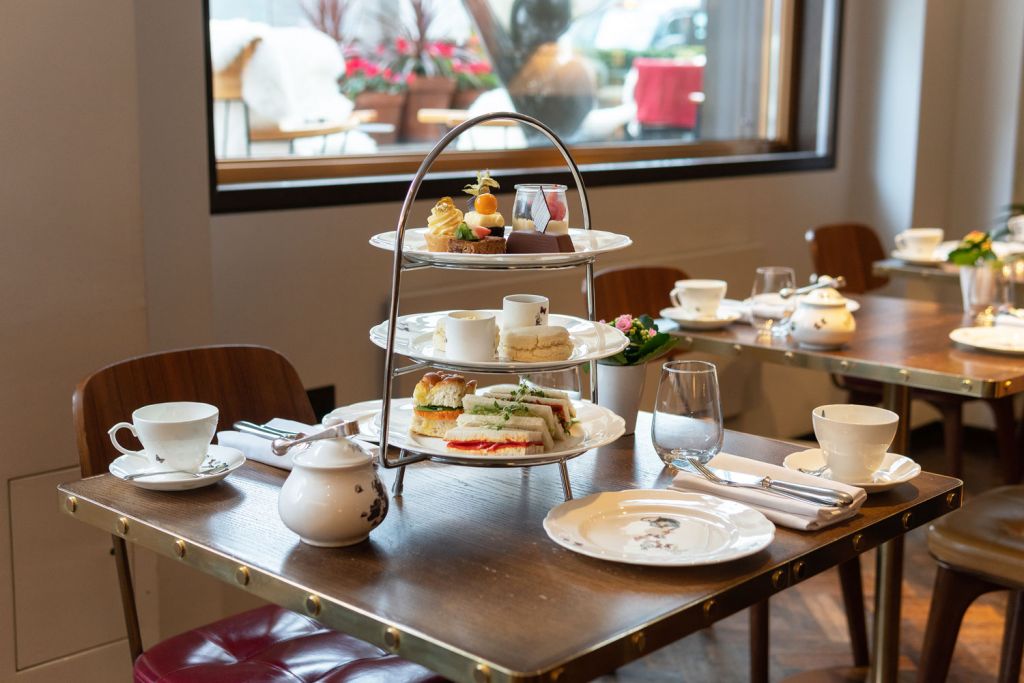 Served daily from 12:30, it is priced at a reasonable £39 per person, which includes a whole raft of different hot beverages, but a glass housing any type of bubbly (e.g. Bollinger or free-flowing Prosecco) costs a little extra (£10 to £19). In addition, the friendly and attentive staff will tailor the food selection according to the preferences of guests if something is not to their liking.

Starting with pots of freshly brewed Darjeeling First Flush and Jasmine Dragon Pearl tea, my wife and I decided to work our way up from the bottom of the beautifully presented three-tier cake stand.

First up was a selection of delicious white bread sandwiches, with a few different fillings, such as Piquillo peppers and hummus, avocado guacamole salad, grilled aubergine and toasted flaked almonds, and sweet potato and spinach (served on focaccia).

The smoked semi-dried tomato and mushroom emerged as a firm favourite.

After enjoying the savoury options, which can be topped up if needed, we had a short pause before going up to the next level – the scones.

True afternoon tea is not complete unless these are present. Joined by a couple of small pots of strawberry jam and vegan clotted cream (which resembled margarine), the white scones were made with gluten-free flour and soya milk, so were relatively powdery in their consistency but were nevertheless tasty enough once you had spread the accompanying preserve on to them.

Having conquered this layer, our eyes were drawn to the awaiting pastries on the summit of the cake stand. In the centre were two jars of sumptuously creamy rice milk panna cotta garnished with fresh blackberries – a good start. We then reached for the very rich and extremely bitter soy chocolate ganache that was topped with crystalised golden syrup to resemble honeycomb – a clever idea that proved effective. 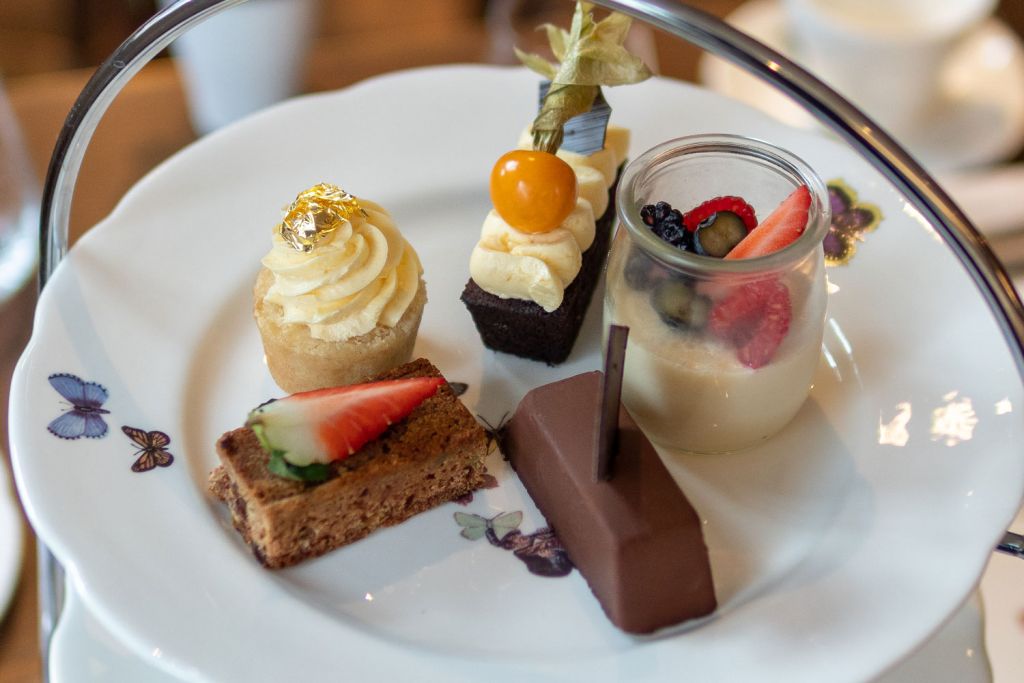 With the second round of tea to hand, this time Moroccan mint and lemon verbena, we tried the Victoria sponge, a tad heavy in consistency and less airy than what one might normally expect from a dairy equivalent. The standout sweet for us was the more crumbly apple and raisin cake, as the chocolate brownie was a little on the salty side.

In summary
I’ve indulged in many cream teas at various establishments in the past, but this was the first time that I would experience one with no animal products in sight. Therefore, I was a little sceptical as to whether it would live up to my expectations of what afternoon tea should be like. However, I was suitably impressed by the creativity of the chefs, as it’s no easy task having to find substitutes and new recipes without resorting to some of the more commonly used ingredients.

My first real foray into the world of veganism at Galvin at The Athenaeum could be heralded a success, and I would happily repeat the experience, even if it’s not spurred on by a national celebration.

Vegan afternoon tea at Galvin At The Athenaeum – Where and How?

See more pictures of our vegan afternoon tea at The Athenaeum Hotel on our Instagram page.