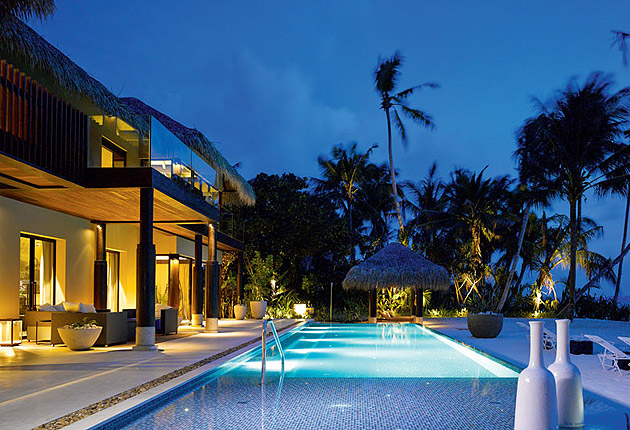 Velaa Private Island is synonymous with gastronomy, with three restaurants on the 500 metre long island guests are spoilt for choice.

Having dreamt of opening her own restaurant as a child chef Grattard began her career studying at Ecole Ferrandi and Ecole Superiure de Cuisine Francais in Paris under Yannick Alleno, Henri Faugeron and Flora Mikula. She interned at some of the French capital’s most celebrated restaurants, including the three Michelin starred L’Astrance under Pascal Barbot. Also becoming a protégé of two Michelin star Chinese chef Alvin Leung, nicknamed ‘The Demon Chef’, famed for the ground-breaking modern Chinese cuisine that he labels X-Treme Chinese. Grattard went on to work at chef Alvin’s famous Hong Kong restaurant Bo Innovation in Hong Kong for two years before returning to France in 2009, earning an immediate Michelin star of her own on opening Yam’Tchain Paris.

Providing her version of Sino-French cuisine, she plays on textures and flavours in her interpretation of the two cultures. Taking innovative cuisine and combining a twist of modernity, from the firm flesh of the Barramundi fish with its subtle flavour and light sauce to the Maldivian lobster, served in a chilli broth, egg yolk and XO sauce. Every experience at Aragu is different; it caters to an individual desire for great food, offered in a serene over-the-water setting.

Working alongside famed chef Grattard is Gaushan de Silva whose focus on research and flavour combinations means every taste becomes a new sensation for the diner. Grattard has taught him the value of personal expression, spontaneity and generosity in her food. As you step into Velaa’s signature restaurant, you can be forgiven for forgetting about food while being enchanted by the under-water theme. With a Champagne bar that boasts the largest collection in the Maldives and a selection of private over-the-water terraces for diners, you are caught in the magic of the architecture. This is not your normal fine dining restaurant, the portions are generous, the taste combinations exquisite and the quality produce is handpicked and delivered with pride.

Located on the Noonu Atoll, only 45 minutes by seaplane from the capital Male and comprised of 45 private all pool villas, Velaa Private Island takes exclusivity to the next level. Designed by award winning Czech architect Petr Kolar, an elegant fusion of contemporary luxury and Maldivian nuances are throughout. The Troon Short Game Golf Academy, a unique concept in the Maldives only found at Velaa, has been designed by Jose Maria Olazabal. The My Blend by Clarins spa offers a comprehensive range of signature treatments for a truly personalised experience. 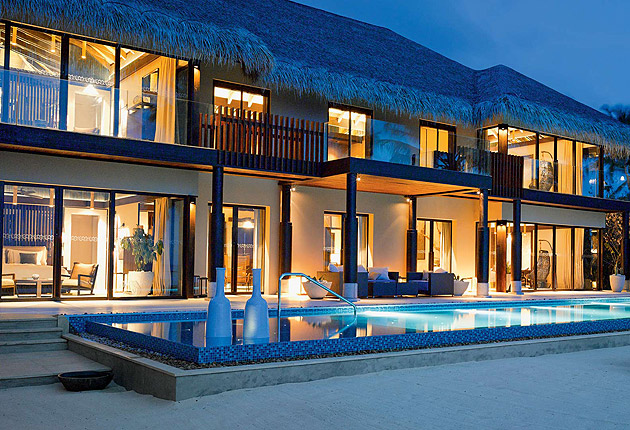