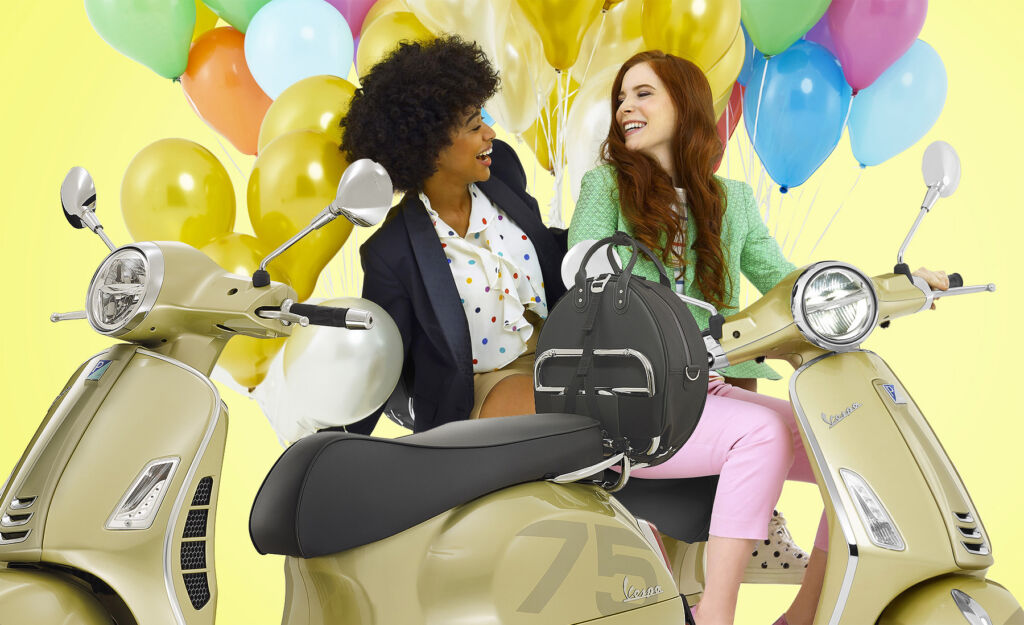 I am old enough to remember the days of Mods riding around Brighton on their scooters adorned with mirrors and badges. The riders were looking smart in their Italian suits and shoes.

I was fascinated with the machines and the names Vespa and Lambretta have been engrained into my mind. I have always wanted one, and now might be the time to purchase as scooters are currently enjoying a resurgence in sales.

When I look at the 75th Anniversary Vespa built to mark the company’s birthday, I think to myself, “I hope I look that good at seventy-five”. The Italian firm has always kept the basic design the same since it started producing machines in 1946. And why change when it has been so successful? Nineteen million sales prove, without any doubt, they know what they’re doing.

The celebratory models will be distinguished by a unique 75th-anniversary-livery and will be assembled in the Pontedera plant, where Vespa has been manufacturing uninterrupted since 1946. 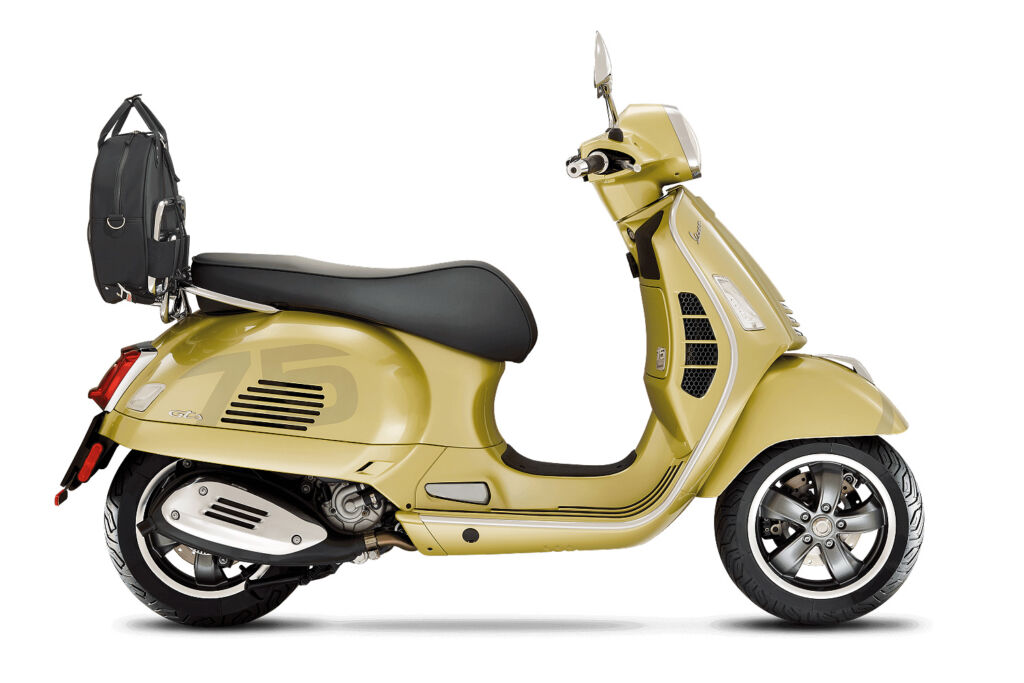 The metallic Giallo 75th colour will be exclusive to the celebratory models. This colour scheme proved to be highly popular in the 1940s. The number ’75’ has been placed on the side panels, and Vespa has adapted the paint on the front mudguard providing some extra contrast coupled with a matte yellow pyrite ‘necktie’.

A unique history of an Icon
The first Vespas were built in an age of reconstruction in a country devastated by war. The people needed an inexpensive form of transport, but there were limited resources available. Taken from an original design for transportation of military parachutists, the Vespa soon grew in popularity.

The company has never looked back, and over decades, their scooters have been enjoyed by the rich and famous.

In the 1950s and 60s, Vespa represented the joy of living and racing toward the future. This is why it soon became an icon of freedom and emancipation for guys and girls all over the World. This wealth of Vespa’s values was accompanied throughout the years by a style and technology always on the cutting-edge in the various decades of its life.

After the years of rebirth, Vespa continued to strengthen its legendary status, fortifying its identity through the decades of economic prosperity and the generational renewal of the sixties.

As cars and mass motorisation spread, Vespa offered salvation from traffic, with the versions in the smaller engine sizes catering to the legendary World of youth, which, precisely in those years, was gaining its space in society. And when, in the ’70s, the signs of a growing ecological awareness arrived, Vespa was the antidote to city pollution, able to zip through traffic and easily find parking.

In the various eras it has seen, Vespa has always represented the cutting-edge of technology. Characterised by a highly advanced stress-bearing body concept, still built entirely out of steel to this day, it marked the evolution of individual mobility.

Today, the latest Vespa vehicles, equipped with ecological engines and technical solutions to support modern riding, represent the style synthesis of an evolution that has made Vespa design immortal, ensuring it is an icon of Italian elegance the World over.

Now might well be the year I buy a Vespa and possibly the electric version which, from what I have read looks very impressive. I would thoroughly enjoy riding around Brighton, re-living my youth. The only issue would be that I can no longer fit in the Italian suit I purchased back in the early-1980s!

Vespa 75th anniversary models – Where and How?

For more information on the 75th-anniversary models and a global list of stockist, dealers and pricing, visit www.vespa.com.