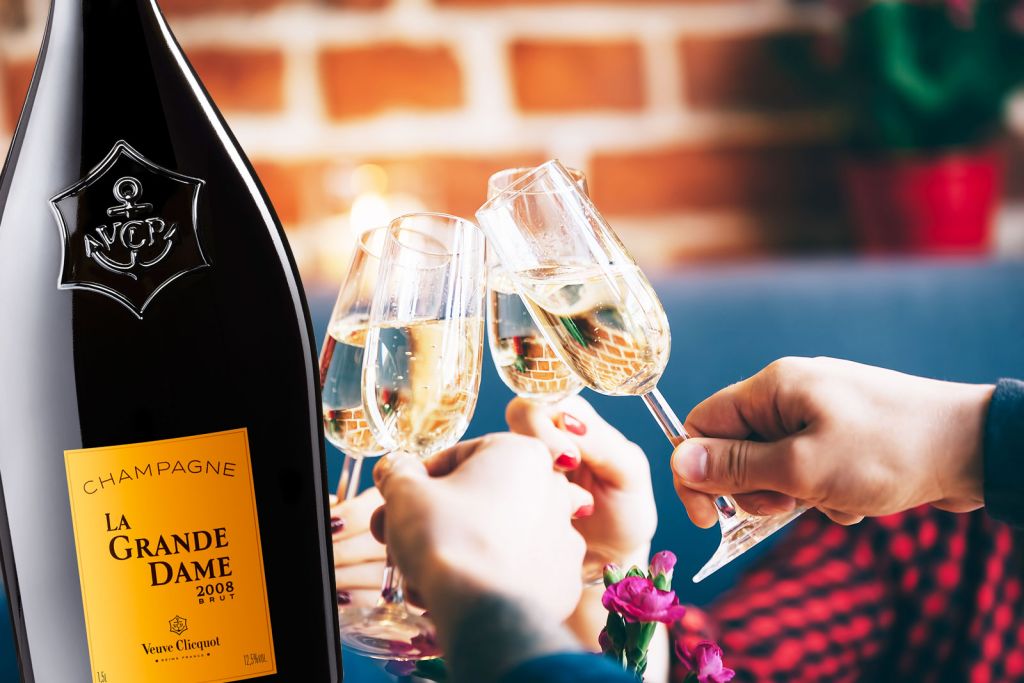 As International Women’s Day gives us a chance to shine a light on women in the workplace and the challenges we all still continue to face, be it equal pay, childcare logistics or even just being taken seriously, it’s a good time to reflect on one woman in the wine industry who smashed it even before anyone knew what a glass ceiling was.

That woman was Barbe-Nicole Ponsardin; the lady who would become the legendary Veuve (widow) Clicquot and helped turn her champagne business into the global brand that we all know and love today – and all while wearing a corset.

Born in the winter of 1777 in the city of Reims, Barbe-Nicole Ponsardin’s parents, while wealthy, were in the business of textiles rather than wine. Her father’s friend Phillip Clicquot also worked in this realm, so they arranged the marriage of their children to help consolidate the two businesses.

As such, Barbe-Nicole married François Clicquot in 1798 at the age of twenty-one and began a life with him at a time where the Napoleonic Code prohibited women from working, earning money, voting or even going to university without their husband or father’s consent. Life as a dutiful wife had begun.

As well as wool trading and banking, François’ family had a small wine-making concern of which he became a partner on the event of his marriage. In 1801, he took over as sole owner and gradually, wine became a larger part of the family’s affairs. On his watch and fuelled by a genuine passion for the business, sales grew from 8,000 bottles a year in 1796 to 60,000 bottles by 1804.

Their champagne business was beginning to show potential and François shared his love for winemaking with his wife, explaining all the various techniques; something that brought the two much closer. Frustratingly for them, the Napoleonic wars (1803-1815) were beginning to take their toll, making it harder and harder to gain traction selling wine. In October of 2005, not helped by the stress of a struggling business, François got very ill and tragically died.

There was only one solution as far as François’ father Philippe was concerned: to liquidate the business. Widowed Barbe-Nicole however, at the age of 27, had other plans.

A woman at the helm.
Tenacious and instinctive as well as a single mother to a three-year-old, Barbe-Nicole was determined to keep her champagne business alive. While French society women were not allowed to work, widows were free to run their own businesses and she intended to make the most out of this tragic twist of fate. Convincing her father in law to assist with funds on the proviso that she took more formal training and honed her craft, Barbe-Nicole made champagne the sole family business. François’ passion had translated into genuine winemaking skill for her and she shrewdly made bold choices and invented processes that are still used in champagne production today.

Three major inventions
On 21 July 1810, Barbe-Nicole launched her own company: Veuve Clicquot Ponsardin. By 1811, she was the first to make a ‘vintage champagne’; wine from a single harvest instead of a blend of many (non-vintage).

Naval blockades were stopping shipments from France to her biggest clients abroad, but she persisted and together with an old friend of the business to whom she turned for regular advice, she devised a way to sneak a ship through the blockades, sending it to Russia, despite Czar Alexander having banned all French exports. From her society life, she knew the Russian palate would fall for her style of wine. It was a huge gamble, but one that paid off because as soon as the bans were lifted, the courts of Russia began to order large shipments of Veuve Clicquot Ponsardin champagne.

Ever forward-thinking and keen to continue to increase the quality of her wine, Barbe-Nicole set her mind to finding a way to create more elegant bubbles. In 1816, she invented riddling; a process used to clarify wine, where dead yeast cells are collected in the necks of bottles and then removed, giving a beautiful, clear liquid rather than a cloudy one like her competitors.

This was game-changing for the sparkling wine industry, both in terms of increasing quality and the speed with which it could be made. It was with this element of winemaking that Barbe-Nicole helped to make the region of Champagne the most famous in the world for sparkling wine. In perhaps the best-known part of her legacy however, the year 1818 saw La Veuve create the very first rosé champagne by blending red and white wine together. Champagne is still now the only official region where this process is officially allowed to make pink wine.

In a letter to her granddaughter in later years, Barbe-Nicole, La Grande Dame of Veuve Clicquot champagne wrote “The world will always change. We must invent things for tomorrow. We must go ahead before others; be determined and challenging. Act audaciously.” Here’s a woman who could have comfortably been kept by her family but refused to conform, ignoring the pitying looks and the scoffing as she, a woman, dared to build a truly international business.

To mark their 200 year anniversary back in 1972, the house now simply called Veuve Clicquot, launched a new cuvée at the very top of their range: La Grande Dame. With a rosé version and a white, La Grande Dame is made only in exceptional vintages with grapes from the house’s Grand Cru vineyards. It is a style of champagne that blends elegance with exuberance seamlessly, just like the lady herself – the ultimate homage to everything Barbe-Nicole had done not just for the business, but for the whole story of Champagne. 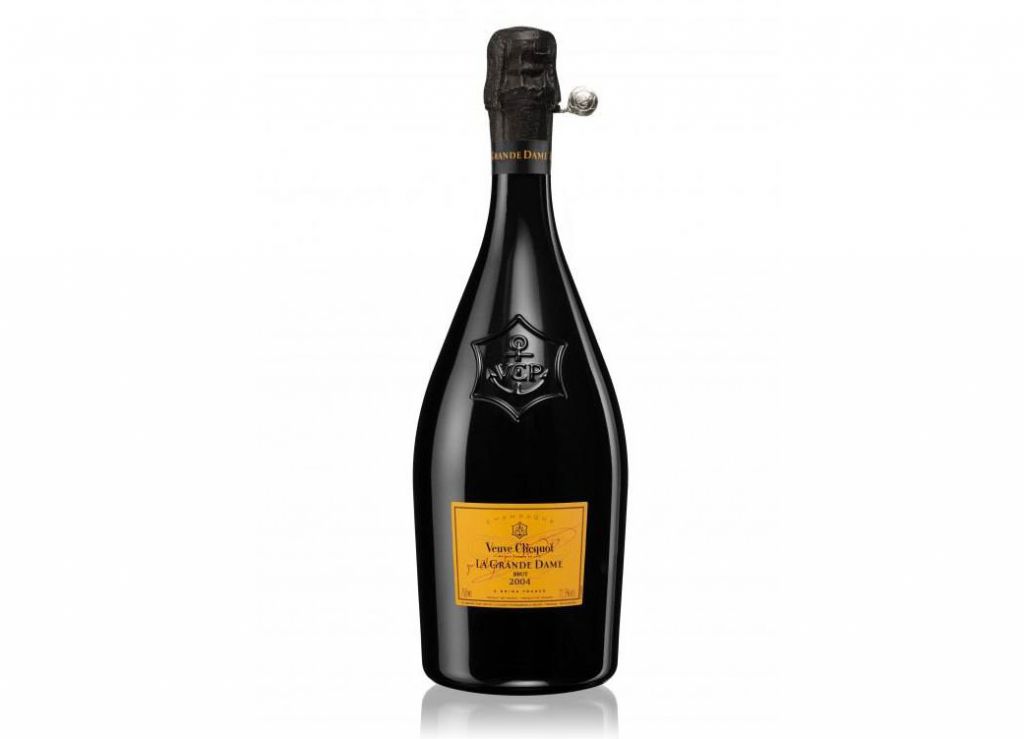 With 61% Pinot Noir, 39% Chardonnay from Veuve Clicquot’s eight Grand Cru vineyards, this wine is ready to go and will drink beautifly until 2025 at least. Intense on the nose with notes of ripe fruit, nougat and brioche, a natural minerality freshens the palate which is generous, yet elegant.
RRP circa £220 from Clos19.com, Amazon and independent merchants. 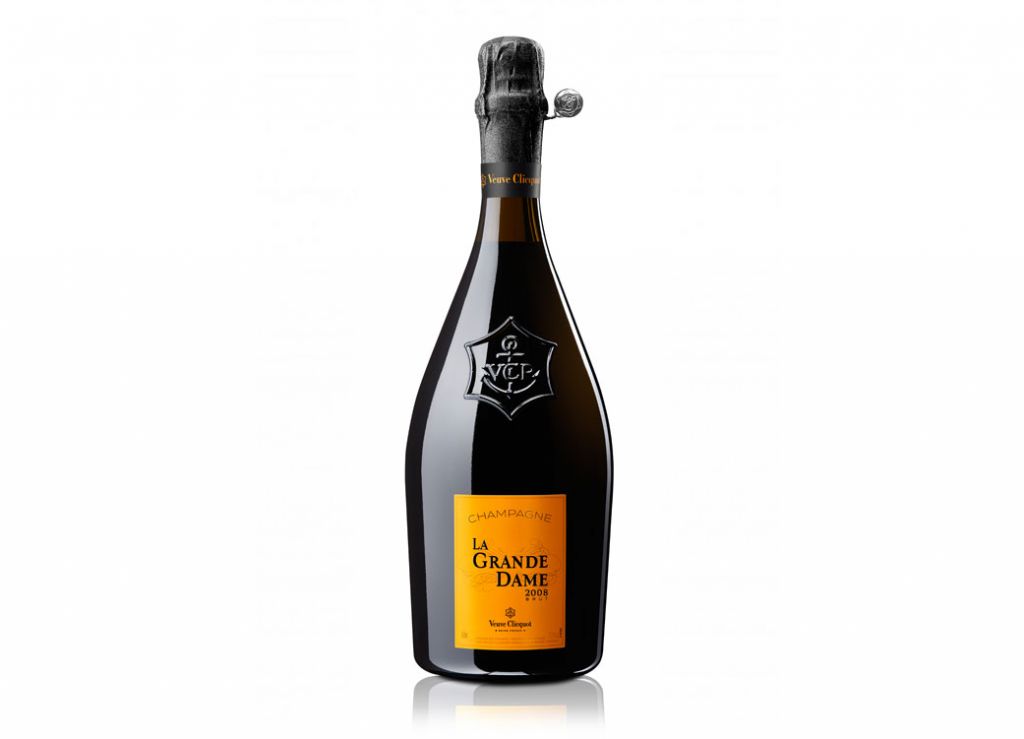 92% Pinot Noir, 8% Chardonnay with notes of dried figs and apricots on the nose and silky, dark red fruit on the palate.
RRP £127-£150 from Clos19.com and Waitrose Cellar.

100% Pinot Noir from Grand Cru vineyards, this wine is salmon in hue with super fine bubbles. Notes of berry and almond on the nose give way to supple, red fruit flavours with delicate pastry notes.
RRP Circa £250 from The Champagne Company and Harrods.

92% Pinot Noir, 8% Chardonnay, this is a powerful wine, slightly smoky with ripe, red fruit and aromas of vintage potpourri.
RRP Circa £250 from Clos19.com and urban-drinks.co.uk.

Read more guides on wines and spirits in our dedicated section here.