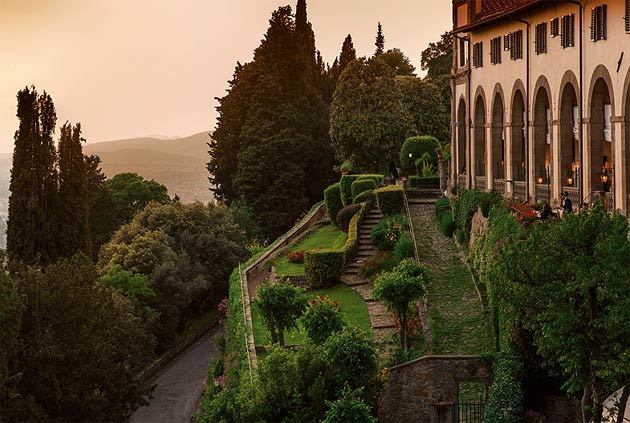 We stroll into the 15th century building, complete with a Michelangelo-credited façade, and soon notice an ancient fresco of The Last Supper. Turning into another room, we are greeted by an array of antiques including a 400-year-old dining table and finely crafted chests.

Ask anyone to guess our whereabouts and their first answer would likely be a Renaissance Era museum somewhere in Italy. They would be half-right.  We are in fact at Villa San Michele, a luxury hotel nestled in the hills above Florence and home to a treasure chest of art pieces and antiquities. 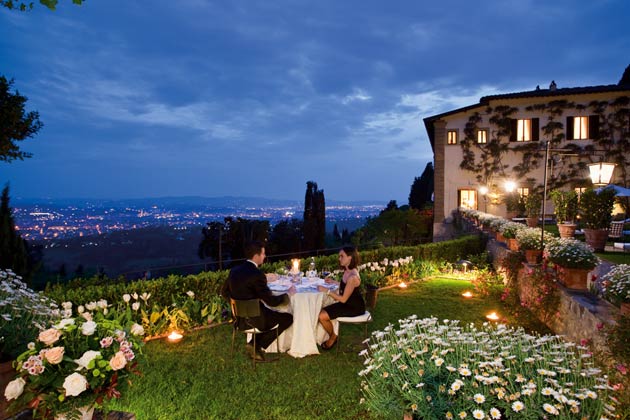 Formerly a monastery, Villa San Michele fell into private hands at the start of the 20th century and was eventually bought by the distinguished Orient-Express hotel group in 1982. Sensitive to the property’s rich history, and with the cooperation of the Florence Fine Arts Authority, Orient-Express initiated substantial restoration work on its age-old buildings.

In the interim years they also added a host of lavish amenities including a panoramic heated swimming pool and bar perched on an elevated level of the hotel’s Italian gardens, and La Loggia, a fine dining restaurant that draws visitors from far and wide thanks to its romantic al fresco setting, breath-taking views of the region, and authentic Tuscan cuisine served up by Attilio Di Fabrizio, one of Italy’s most renowned chefs.

Additionally, the hotel was endowed with several suites built into the hillside between the garden and the pool, plus a Presidential suite called ‘Limonaia Villa’, located in the former orangerie of the monastery and segregated from the main building to afford greater privacy. Together they bring the total number of rooms and suites to a cosy 46.

During our visit in early September, we stayed in the Michelangelo suite in the hotel’s main building. Furnished with a canopied bed, carved stone fireplace, and antique furniture, it was once the monastery’s library and even served as Napoleon’s Florentine headquarters. As we were to learn, at Villa San Michele, every day is a school day. 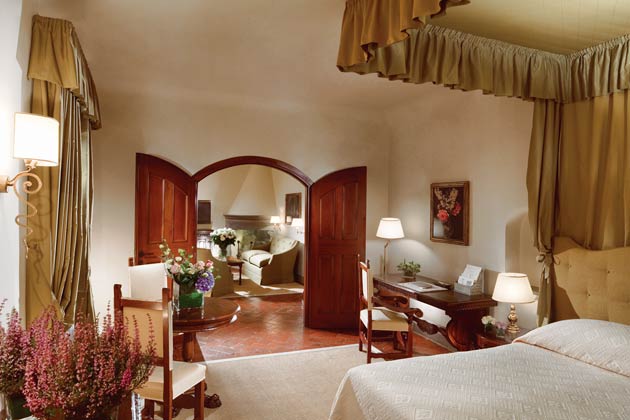 The temptation to spend our entire stay at Villa San Michele enjoying its facilities and beautiful setting was indeed strong. But despite its own remarkable inventory of historical jewels, the staff at Villa San Michele are keen to encourage guests to make the short hop into the historical city of Florence, and run regular shuttle buses there and back throughout the day. The intention, we were told during a tour of the hotel, was to give Villa San Michele the feel of a retreat; an oasis of calm after the sensory explosions of the city.

Villa San Michele also promotes trips into Florence by creating unique experiences and excursions, and recently gained agreement from the Florence authorities to take guests to visit a newly-discovered amphitheatre nestled under an ancient palace. For the ultimate proposal, they also offer private helicopter flights over Florence and can even arrange for “Will you marry me?” to be spelled out across the Chianti countryside. 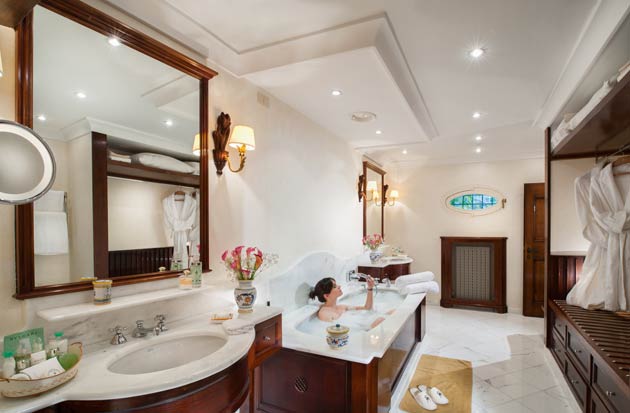 It is just one way that Orient-Express strive to make Villa San Michele stand out from the average luxury hotel. But there are several others, including being the only high-end hotel in or around Florence to feature a dedicated kid’s club. Here, service is key, and nothing is too much trouble for the permanently genial and helpful staff.

And then there is La Loggia restaurant. The risk when the views are this good is that the food ends up playing second fiddle, but with Chef Di Fabrizio at the helm, there is no chance of that. He prides himself on delivering a genuine taste of Tuscany, and even runs a cookery school in the hotel three days a week. 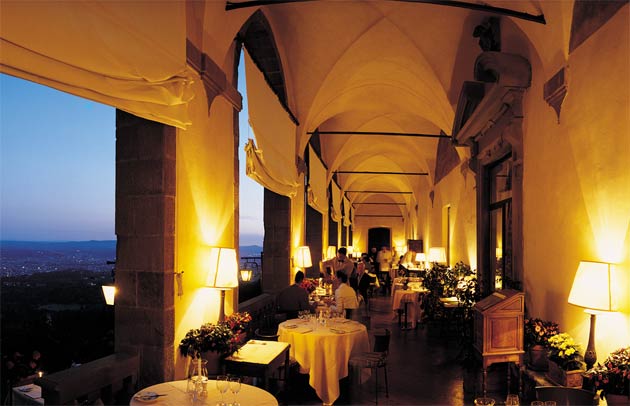 Readers will be impressed to know that we did venture into Florence for an afternoon, reaffirming our memory of it being one of the most beautiful cities on earth. But it would be a lie to claim we weren’t itching to back to Villa San Michele. It’s hard to think of anywhere else you’d want to be.