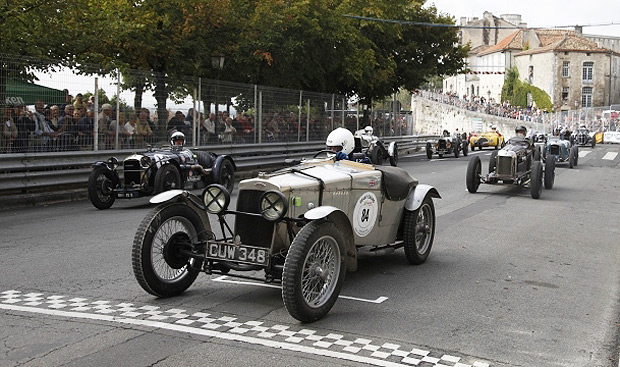 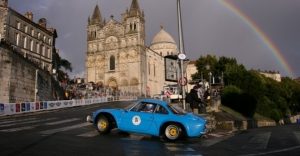 “This event is a hidden treasure – for three days, the whole city of Angouleme, situated in the middle of a triangle between La Rochelle, Limoges and Bordeaux becomes a gigantic museum thrilling fans of historical cars whether racing or not,” said Grand Classic Tours director Deborah Stott. “Motor racing in France can be very different. Sitting, eating croissants and drinking coffee in a sunny medieval square and suddenly a 1940s Alfa chased by a ’50s DB4 cuts the atmosphere. This is Angouleme.

“Many British arrive in their classics (the Lotus Drivers Club are there this year) and it is a Mecca for the Bugatti Owners Club. There is a rally out to the beautiful French countryside whilst within the town the streets are often narrow and the racing frenetic. The Mercure Centre Angouleme is the place to stay, close to where all the action takes place,” says Debbie who formed Grand Classic Tours having previously worked in motorsport travel managing tours to F1 and Classic events. Rarely will you see such a collection of historic cars, memories will be imprinted in your mind, you will find yourself wishing the year away to when you can pack and return again to the unique spectacle and atmosphere that is Angouleme,” says Deborah who has run a classic car club since 1993 and set up Grand Classic Tours because she wanted to offer the ultimate  in customer service to motoring enthusiasts.

The circuit finds its route in the city unchanged since its first meeting on July 2nd 1939 and invites pilots from all over Europe to drive along the wheel prints of their prestigious predecessors such as Fisher, Sommer, Manzon, Fangio or Troubetskoy.

1.279km, two fast corners, two 90 degree turns and three hairpins. ‘Gentleman start your engines’ and the racing begins, running between white stone walls giving an unique dimension. The sound and unique light create an atmosphere that cannot be found anywhere else. 160 cars divided into 8 classes will fight for the winning laurels.

The Circuit des Remparts has 4 distinct events in which enthusiasts and / or competitors are invited to take part.