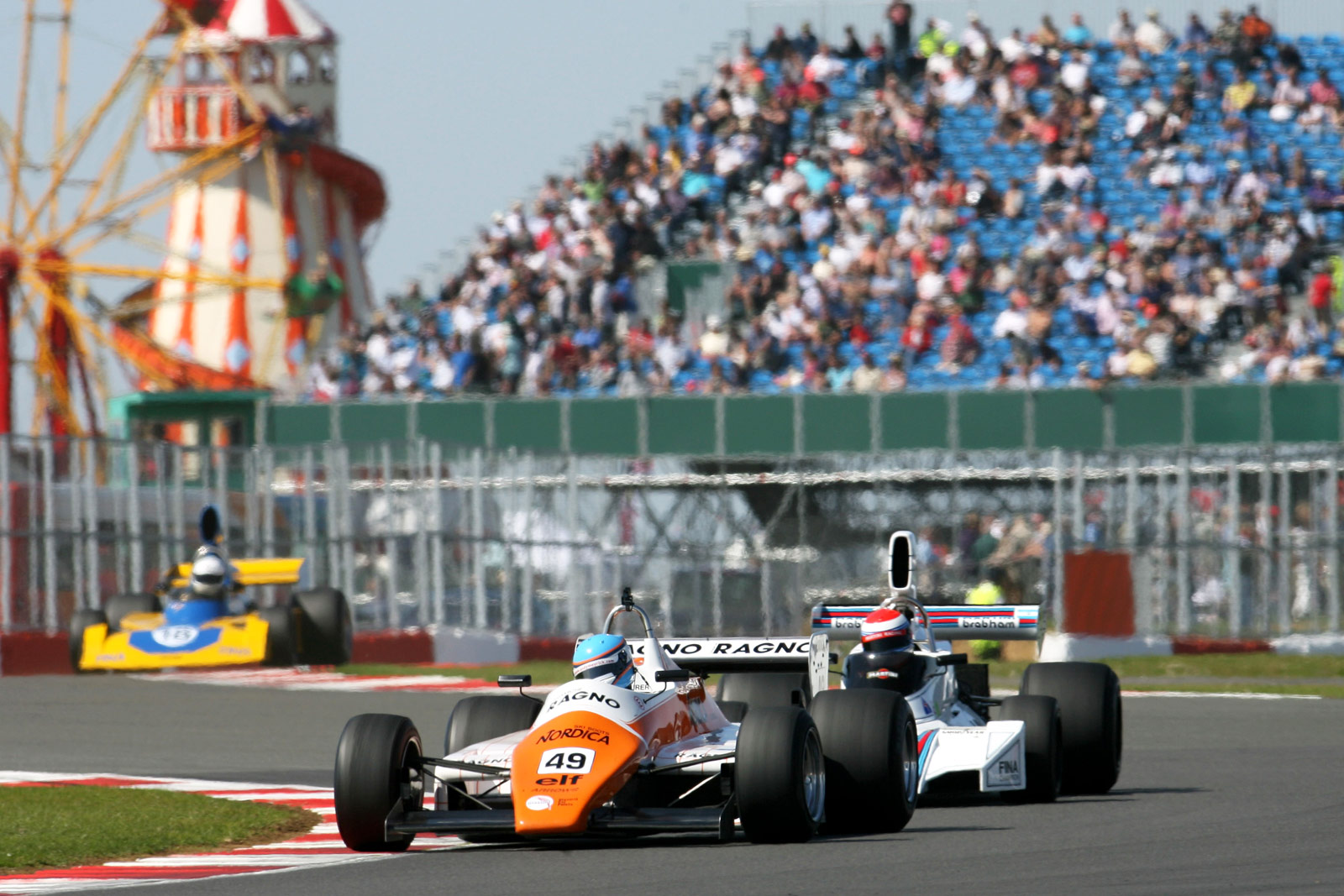 After some more refreshments, Mike and I went out onto the balcony to watch the FIA Masters Historic Formula One race. In recent years there has been a great deal of consternation from drivers and fans alike regarding the reduction of engine noise in Formula One and I can now understand why. The engine noise from these older variants of their modern-day counterparts sends a wonderful tingle through your body as they roar past.

The joy you get from being so close to complete and unadulterated power derived from expertly-tuned mechanics is something that every automotive fan needs to experience. It’s exciting, thrilling and addictive and I was pleased to be able to get a first-hand experience of what many regard as true Formula One rather than the watered-down version we witness today. 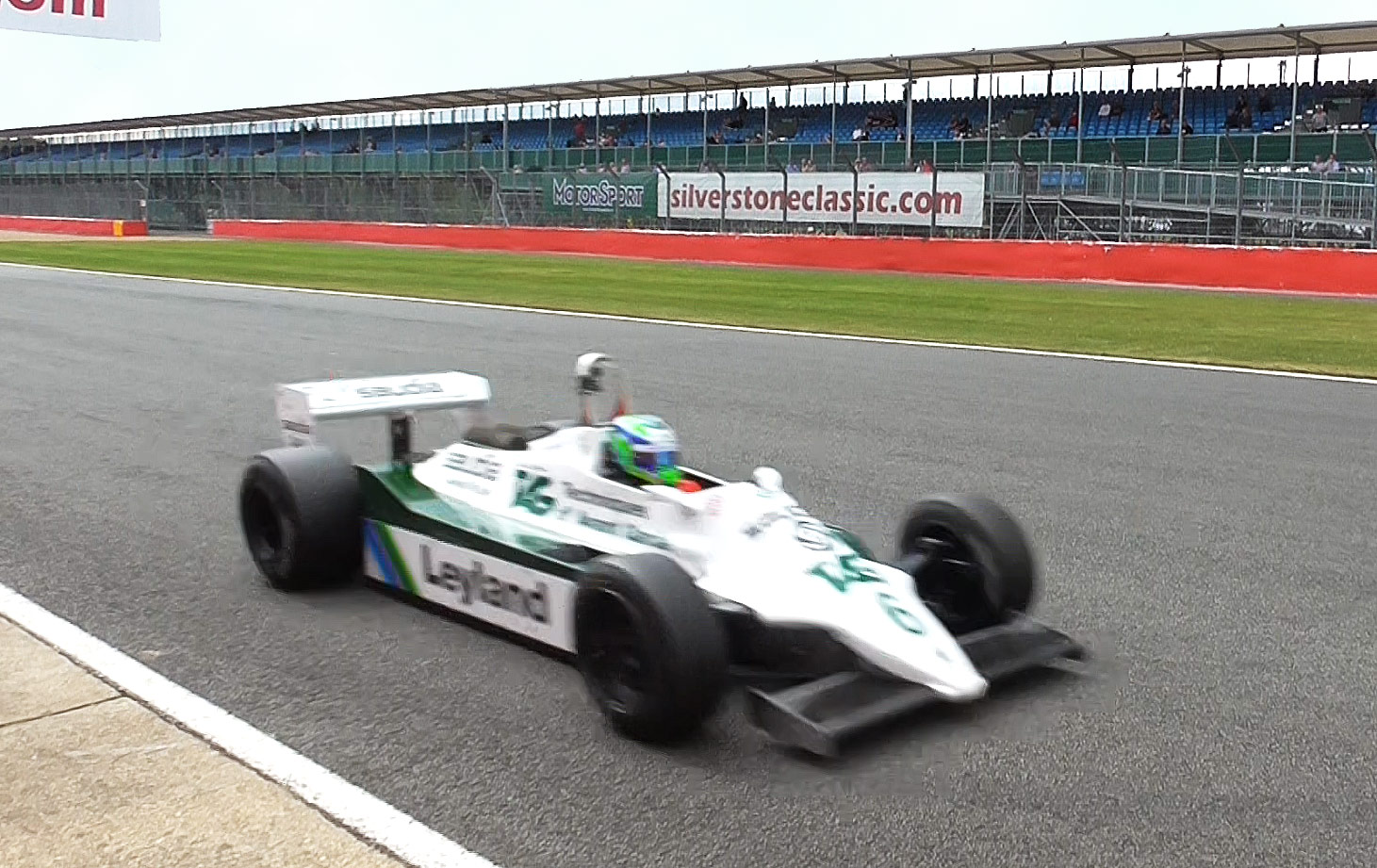 Report on the FIA Masters Historic Formula One race
For this race, the huge crowd was treated to the spectacle of a rolling start for 29 DFV-engined Formula One cars from the late 70s and early 80s.

At the start, Ollie Hancock made a fantastic pass around the outside of pole-sitter Nick Padmore to lead in the 1978 Fittipaldi F5A, but Padmore would have none of it, wasting no time in regaining the lead at Brooklands.

Martin Stretton, who struggled to get heat into his tyres in qualifying, fell back to fifth in the ex-Michele Alboreto Tyrrell 012. Ahead of him, Hancock was under pressure from the fast-starting Loic Deman, the earlier Tyrrell 010 up from seventh to third on the first lap. The Belgian made a bold but necessary move up the inside going into Copse as the iconic black and gold Lotus 91/5 of Gregory Thornton was catching them both. The Fittipaldi fell back down the field but took the victory in the pre ’78 class. 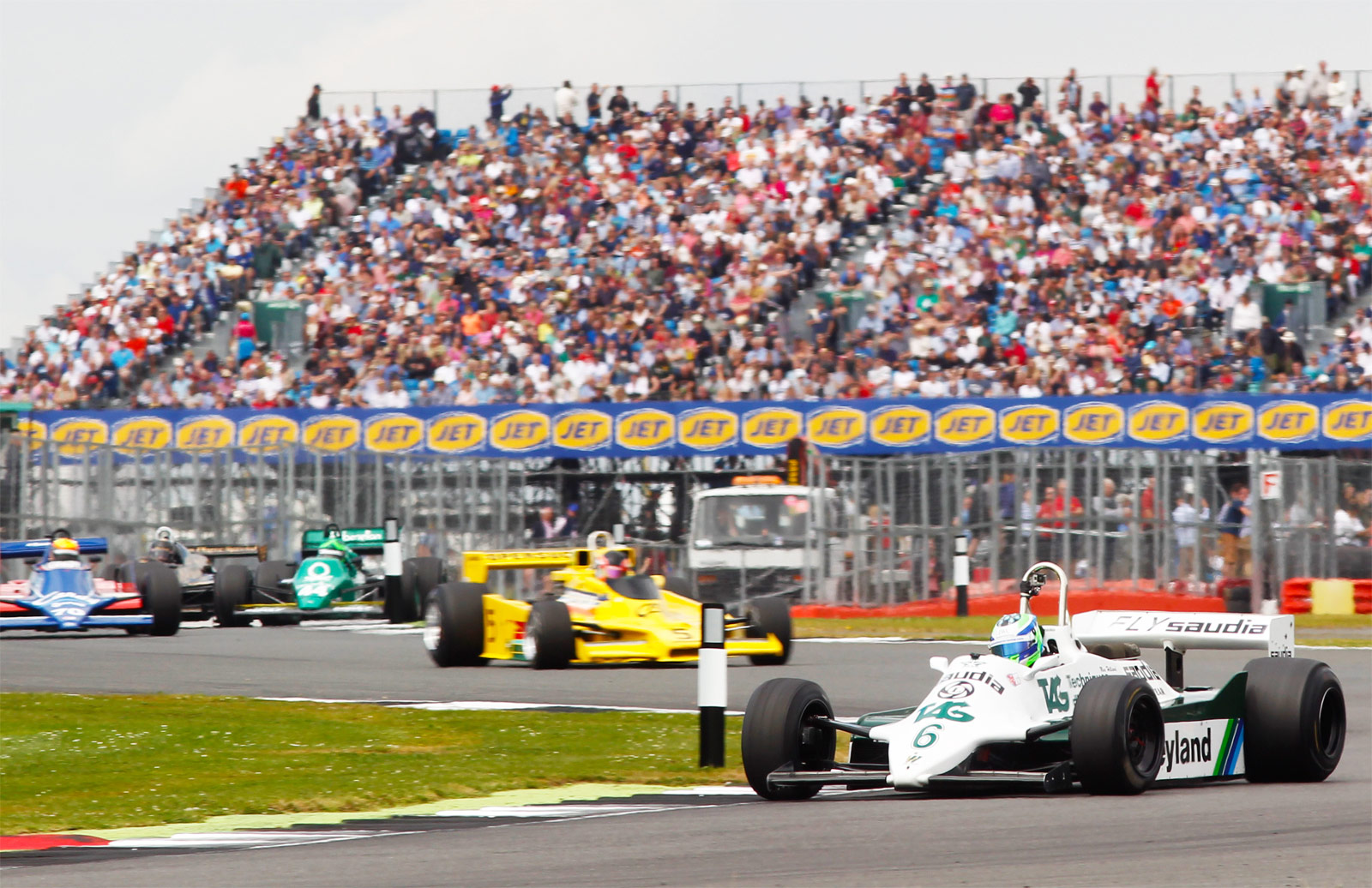 Thornton continued to press Deman in his Lotus, raced by Elio de Angelis in period, but couldn’t quite find a way past, pirouetting at Abbey on the last lap. He caught the spin after one rotation and continued without losing a spot.

This was just one of the races we witnessed at the Silverstone Classic, in total there were eleven races featuring cars from multiple eras. Although we didn’t watch them all, the ones’ we did were watched from the comfort of the VIP hospitality area and up close and personal by the pit-wall. Go to a Formula One race and get to witness just one, go to the Silverstone Classic and as they say in England “Fill yer boots!”. 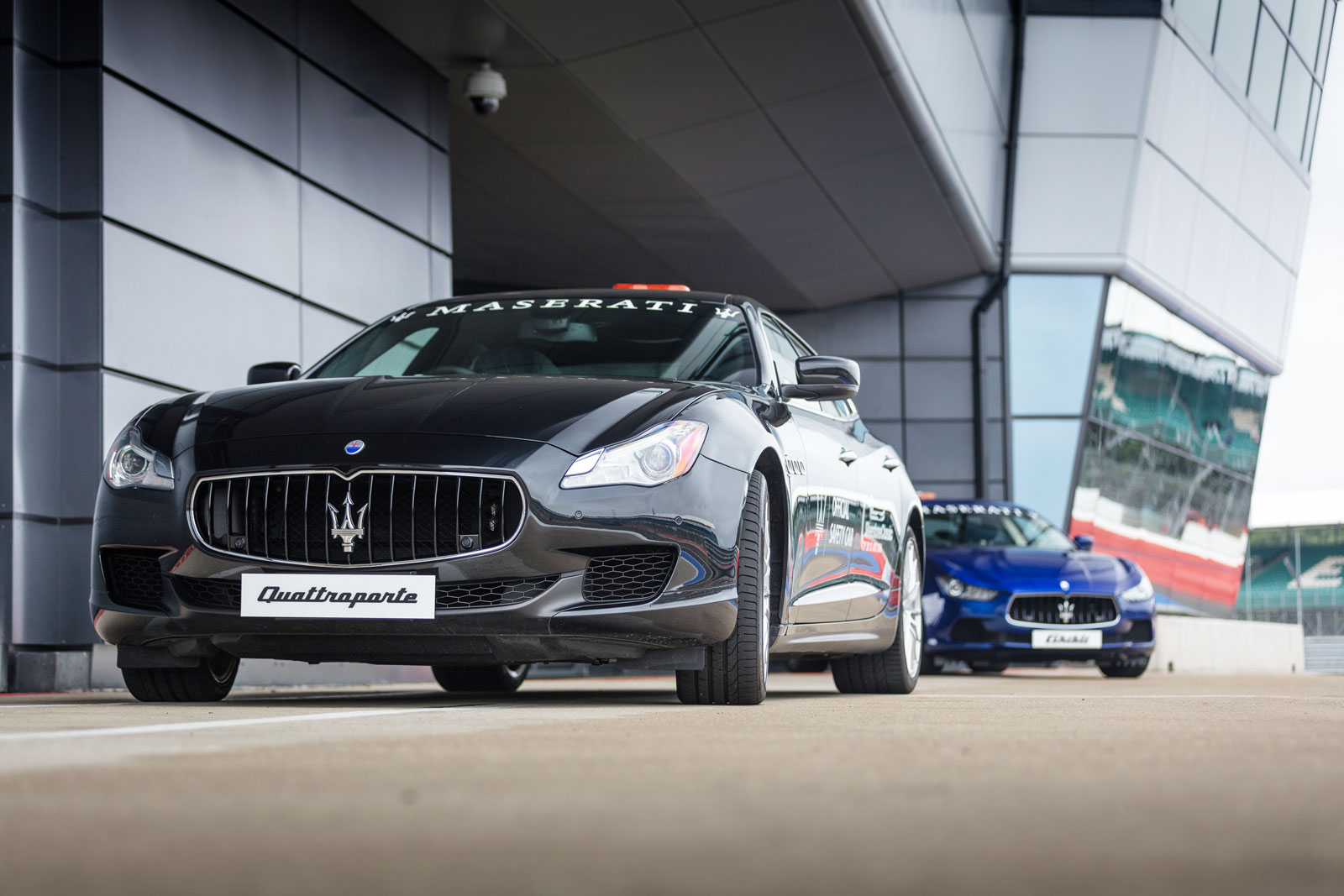 Having thoroughly explored the fine offerings within the VIP hospitality area, it was time for Mike to venture out onto the world-famous track as a passenger in one of the Maserati official pace cars. 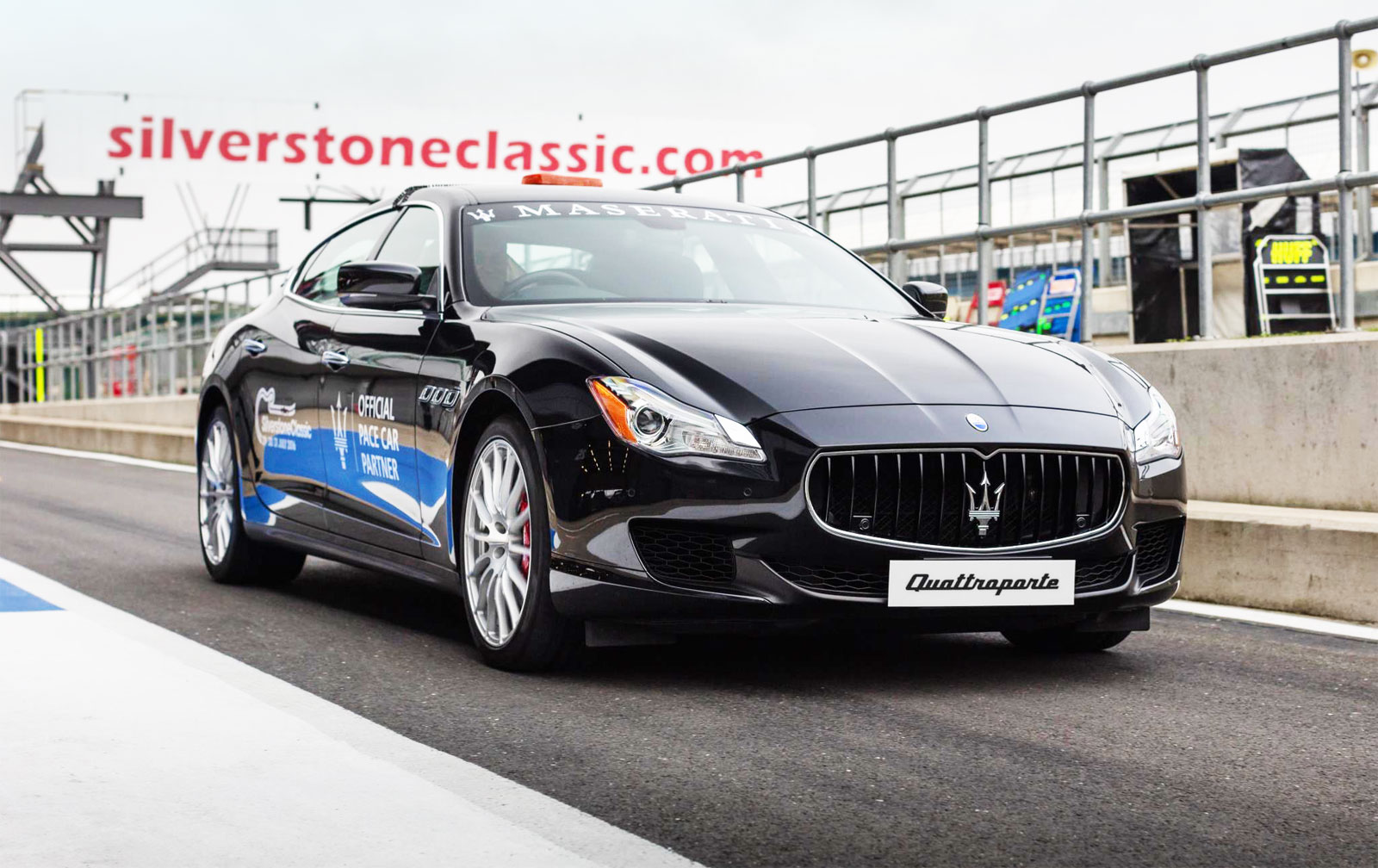 I decided to head down to the garage area to film this but after waiting a good 20 minutes discovered that not only had he already been out and had a wonderful time, but due to my poor timing, I missed his exit and added to this he pulled back into a completely different place to where I was after the lap! No apology was necessary for my lack of video footage as Mike thoroughly enjoyed his time around the track providing him with a special memory which he’ll treasure for many years to come. 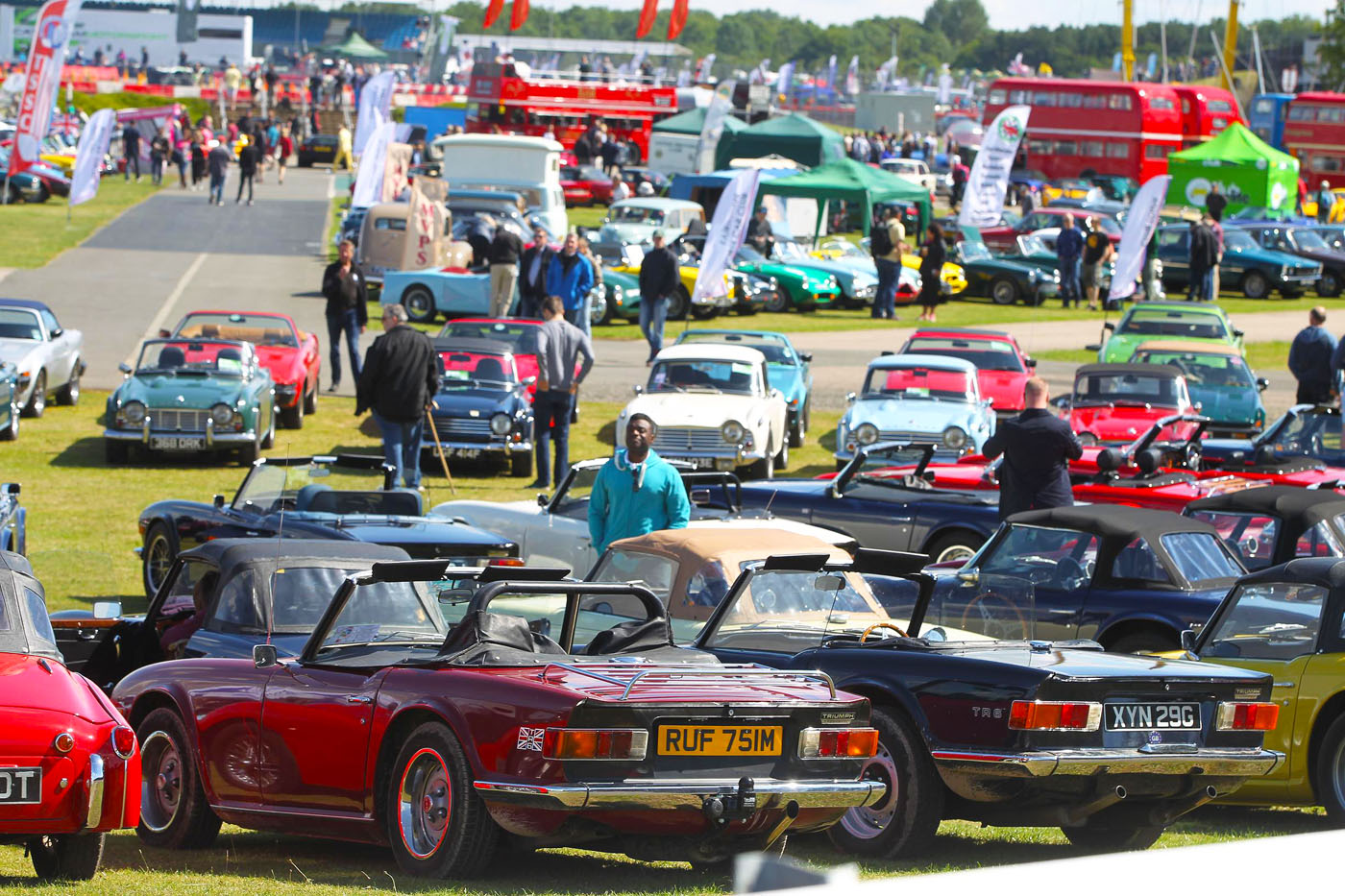 The remainder of our day was spent walking around the various cars clubs and stalls and watching the hot air balloons and aerobatic displays. The car clubs proved to be an eye-opening experience as I came across some brands that I had no knowledge of, such as the British manufacturer Piper Cars.

These sleek looking sports GT’s were manufactured from 1968 through to 1973 with only around 100 cars produced, a good number of these were present at Silverstone and proved very popular. Another of the highlights for me was the Jaguar Owners Club where I engaged in friendly banter with some of the owners and got to explore and learn more about one of my all-time favourite classic cars, the MkII Jaguar. 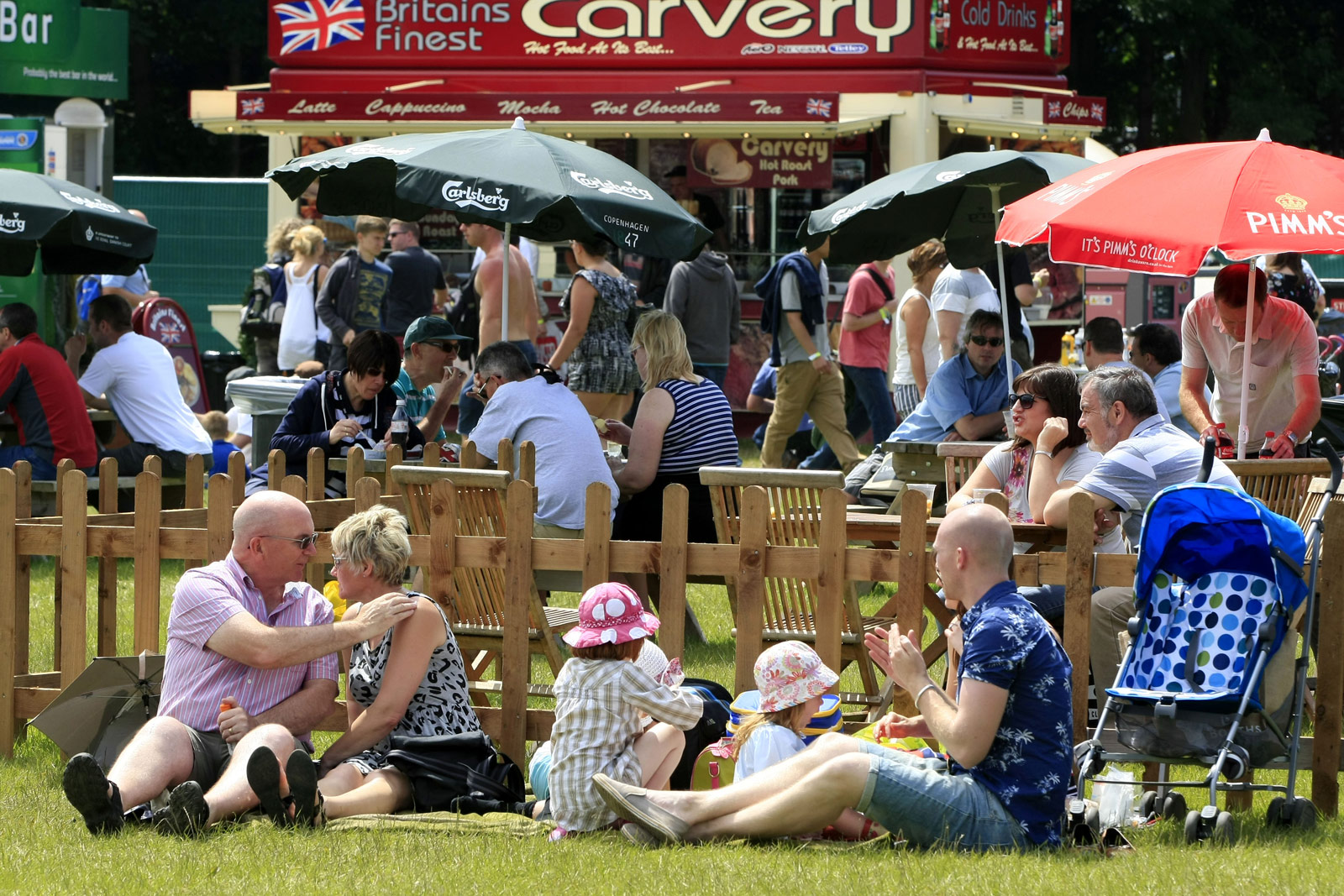 The car clubs were spread over multiple areas, to be honest, there was too much to look at the time remaining. Wherever you looked there were amazing cars catching your eye, these ranged from the latest supercars including Lamborghini, Aston Martins, Ferrari’s and Porche’s to unrenovated barn finds. The only slight downside was my inability to locate the first car I ever bought, the iconic Fiat Strada 85, an obvious future classic – maybe next year? 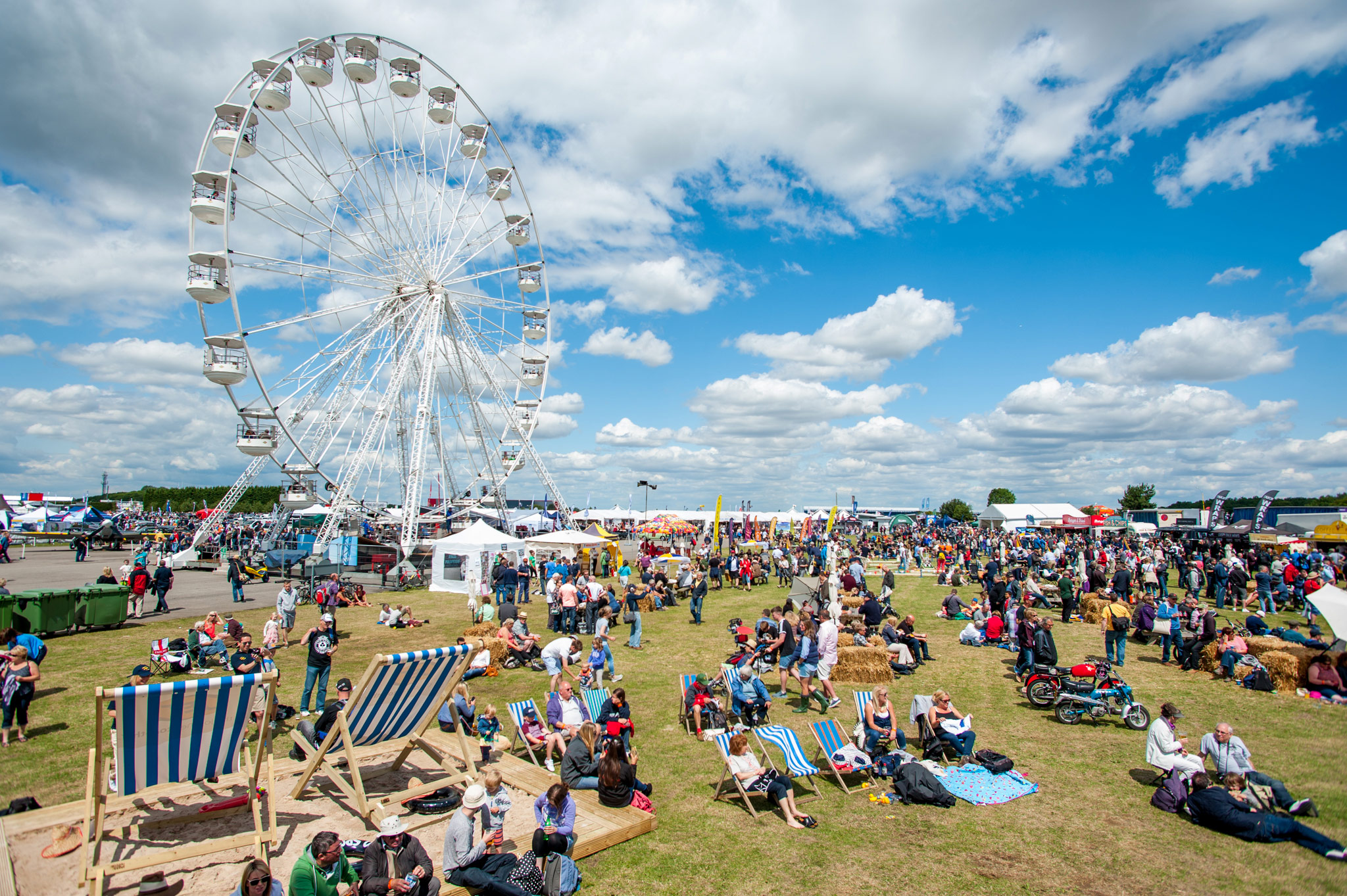 Although there was a wide variety of exciting rides in the fairground area, we opted to give this a miss, this was in no way down to Mike being a muscle-bound nigh-on 300lb former doorman! More due to the copious amounts of food I consumed and the loud excited screams from people on the rides. 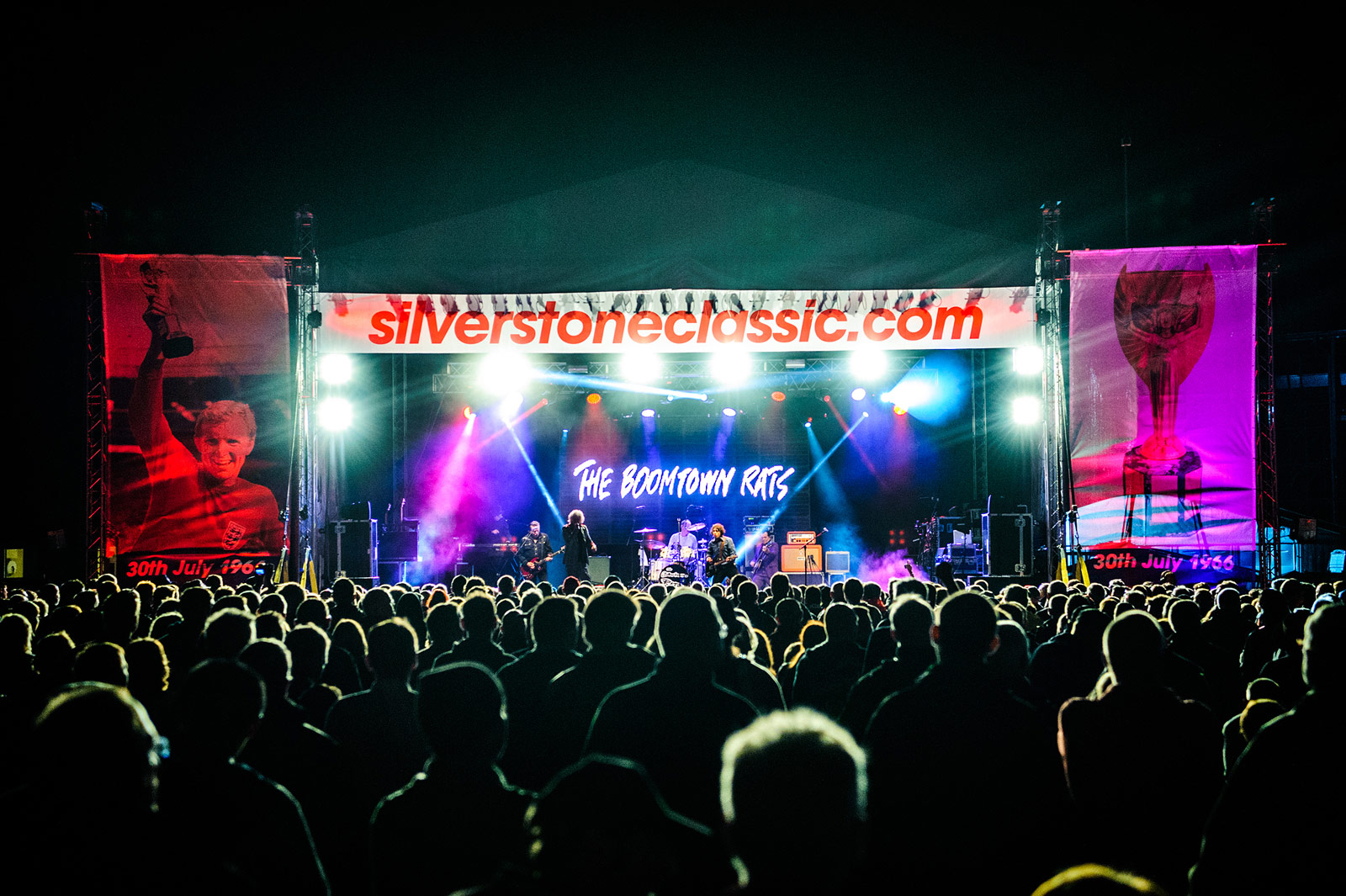 Although the day wasn’t over with more events to come including a concert featuring the Boomtown Rats, Mike and I had seen more than enough and had a great time. The VIP Experience at the Silverstone Classic didn’t disappoint and resulted in many thrills and great memories.

Have I been converted from an armchair motorsport fan? – You can bet your racing socks I have!

Silverstone Classic – Where and how?

We’ll be providing information in the lead-up to the 2017 Silverstone Classic. You can find out more about the VIP packages via the official website here: www.silverstoneclassic.com