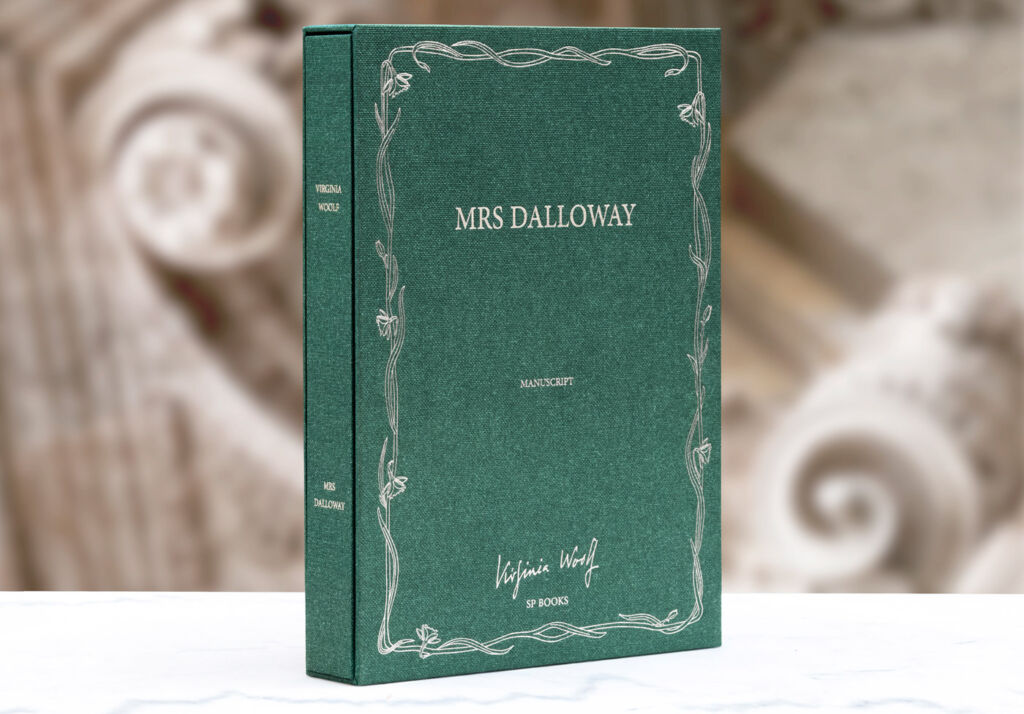 Mrs Dalloway by Parisian publisher SP Books brings together Virginia Woolf’s three handwritten notebooks in which she wrote the classic text in one luxury hand-bound edition.

The volume represents a return to ‘slow reading’ in a digital age, offering an intimate insight into the writer’s mind and thought-process, and giving new life to a well-loved classic

Over the course of time between June 1923 and October 1924, Virginia Woolf wrote in three notebooks the first full-length draft of what was to become Mrs Dalloway.

The beautiful manuscript includes revisions, crossed out passages and personal memos in the margins in Woolf’s own handwriting, and is of interest in its own right as a design object, the perfect coffee-table centrepiece or addition to a curated bookshelf.

Clarissa Dalloway had already made several appearances in Woolf’s writings, in her first novel The Voyage Out, and the short stories ‘Mrs. Dalloway in Bond Street’ and ‘The Prime Minister’. In a diary entry for October 1922, Woolf notes that she planned to write a novel about ‘Mrs Dalloway seeing the truth’, in which her heroine was supposed to commit suicide. Yet in her notebooks, Woolf develops the story of another character, shell-shocked war veteran Septimus Warren Smith, the anti-Clarissa that ends up committing
suicide in her place.

As Woolf would write in her diary of Mrs Dalloway, “I meant to write about death, but life came breaking in as usual”. Thus the draft of The Hours, intended to be a narrative about London after WWI, develops into the parallel lives of Clarissa and Septimus, in a London at once restored to itself and irrevocably changed by the war.

In 1941, after Woolf’s death, her husband Leonard Woolf sent the manuscript of ‘The Hours’ to her friend and lover Vita Sackville-West, who kept it until her own death in 1962. A year later, it was purchased by the

British Museum Department of Manuscripts, now part of the British Library. ‘The Hours’ represents the only full-length manuscript draft for Mrs Dalloway, revealing different initial versions of the final text. Leonard describes the notebooks in which Woolf wrote her text as bound in the ‘coloured, patterned Italian papers’ of which she was very fond. The volume shows the substantial additions, changes and corrections that Woolf made to her manuscript, revealing her creative process in flowing purple ink. Woolf draws pencil
margins on each page of the notebooks, in which she records the date, word count and many other insertions, sometimes including personal memos and notes for her essays.

The notebooks reveal Woolf’s hesitation between two possible titles, recording the shift by which Clarissa Dalloway becomes the central focus of the novel. Initially titled ‘The Hours?’, the work is renamed ‘The Hours or Mrs Dalloway’, before settling on ‘Mrs Dalloway (or The Hours)’ in the third notebook. The manuscript also reveals an alternative opening describing the bells and temples of Westminster, which is revised in the second notebook to the well-known inaugural line: ‘Mrs. Dalloway said she would buy the
flowers herself.’

The text is accompanied by two essays by leading Woolf experts. Helen Wussow, dean at The New School, New York, has published an edited transcription of ‘The Hours’ entitled Virginia Woolf ‘The Hours’: The British Museum Manuscript of Mrs Dalloway’ (New York: Pace UP, 1996). Michael Cunningham is an American novelist and screenwriter, author of Pulitzer Prize-winning The Hour s (1998), based on the life of Virginia Woolf and inspired by Mrs Dalloway. It was adapted for a film by Stephen Daldry in 2002.

Mrs Dalloway – Where and how?

Each limited edition book is hand-numbered from 1 to 1000, and from 3 June is available for £180 from spbooks.com. An exclusive foreword from Pulitzer Prize-winning author Michael Cunningham is printed alongside the manuscript. 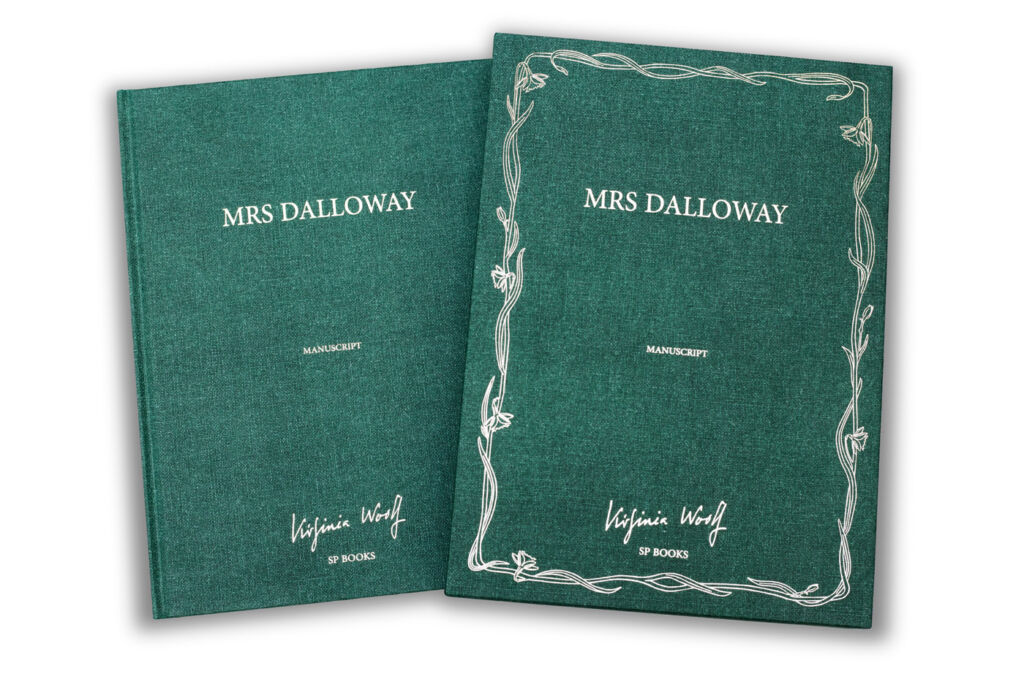