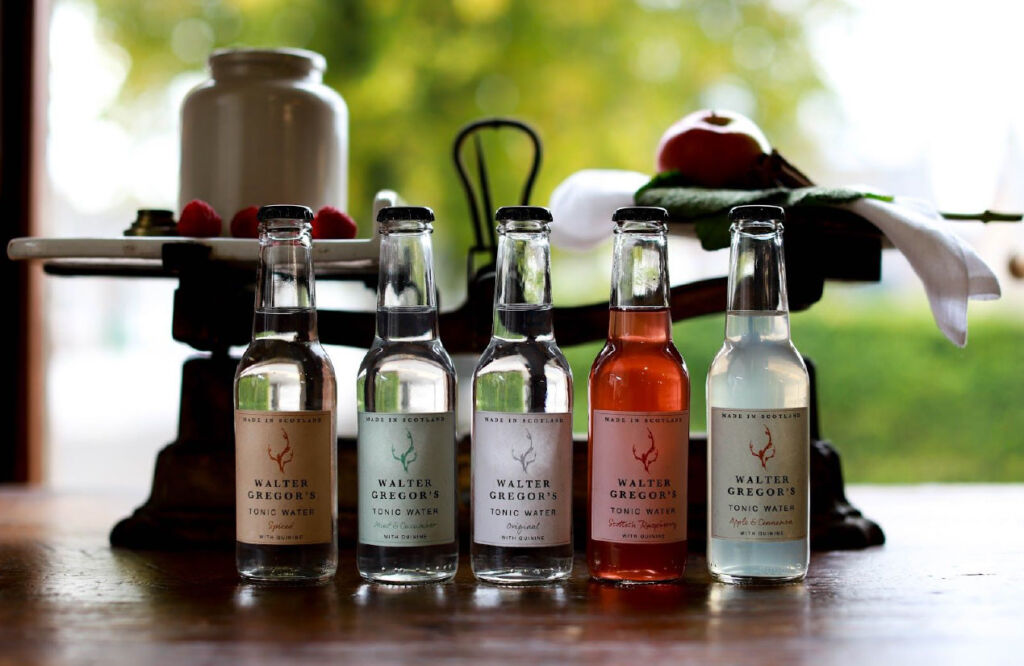 Walter Gregor’s tonic water was launched in 2015, and is handcrafted in Pitsligo in the North East of Scotland. The mixer is named after a 19th Century North East minister and renowned plantsman whose garden is now used to grow many of the botanical ingredients for the tonic water. As part of the range expansion the brand has been updated along with a new website to help fans find stockists for the artisan product and share serve suggestions.

Walter Gregor’s tonic water has been achieving growth rates of 225% since its launch and the company has just invested £150,000 in an automatic bottling line to meet anticipated future demand. Its success has caught the eye of BBC programme-makers, and it will be featured on BBC Alba’s ‘Talamh Torrach (‘fertile land’) programme.

Walter Gregor’s owner, Claire Rennie, who founded the company after a crowdfunding campaign in 2014, said: “As seasons come and go and our garden provides us with different produce. This has inspired us to create new products for our range. We have now expanded into a small but beautiful selection of tonics; Original, light and refreshing Cucumber and Mint, juicy Scottish Raspberry, autumnal Apple and Cinnamon and Spiced – a perfect pairing for darker spirits.

“Our range of tonics are truly hand-crafted. We have a small team who grow the botanicals in Walter Gregor’s walled garden and bottle the drinks in a converted steading a few fields away from his old manse. We’ve put love and care into our new range of tonics, and our fresh natural ingredients will enhance your gin and tonic, or provide an inspiring mixer for cocktails or other spirits. It’s great to see that the public appreciate the hard work of artisan producers, with a real appetite for hand-crafted drinks.”

The company has benefitted from a booming gin industry, with sales of the spirit increasing by 38% in the last 12 months. Such is the popularity of gin that the Office for National Statistics has included gin in the basket of goods it monitors to measure inflation. A total of 60 million bottles of gin were sold in the last year according to the Wine and Spirit Trade Association – enough for 1.68 billion gin and tonics.

Walter Gregor’s tonic water is now stocked in Waitrose supermarkets, where sales of artisan gin are up 167%. It is also sold in bars, restaurants and speciality retailers across Scotland.

All the drinks in the range are made with natural ingredients and have no artificial colour or flavours added. They are pasteurised in water baths to remove the need for artificial preservatives.