Ong Chin Huat has a one-on-one with Madam Wang Chen Tsai-Hsia, the founder and design director of Shiatzy Chen, one of the first high fashion Chinese labels to make a mark on the international fashion map.

Born into a large family, there was nothing in Madam Wang Chen Tsai-Hsia’s background to indicate that she would become the leading Chinese fashion designer on the international fashion stage.

As the founder and designer director of Shiatzy Chen, a Taiwan-based and internationally-sold luxury fashion house, Madam Wang has rest slightly on her laurels for putting the qipao and other elements of Chinese design into the consciousness of the fashionistas across the globe. 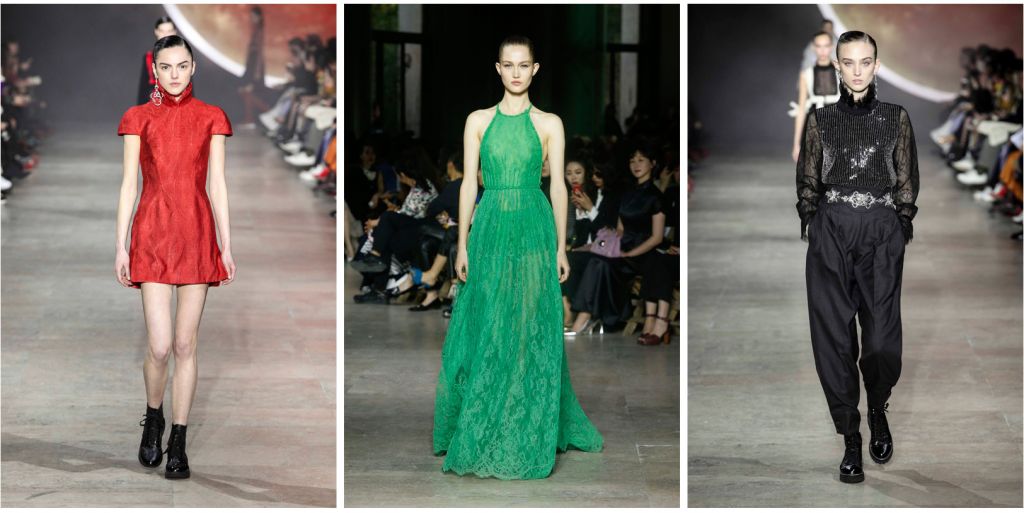 Our meeting came about when Madam Wang made a whirlwind visit to Kuala Lumpur to celebrate the first anniversary of her store opening in the Pavilion Shopping Mall. Her visit coincided with the “Whispers in the Threads’ exhibition which was showcasing the quality in her designs.

Madam Wang cuts a diminutive figure dressed in all-black save for a logo of her brand splayed across her black T-shirt. She’s humble and approachable even though she exudes an air of sophistication. And she’s honest about her humble beginnings. “I was the eldest daughter of seven children,” she said. “I had to leave school in order to help my family out.”

She went to work as an apprentice in her uncle’s business, a ladies’ tailor located in a small town outside Taichung City in Taiwan. Her passion for needlework and embroidery saw her excel in her job and before long, the name was spread word of mouth by the most fashionable and wealthy ladies in Taiwan who sought her out for her detailed workmanship and exacting fit.

She met her husband, who was a textile broker on one of her fabric, sourcing expeditions. After they got married, they moved to Taipei and in 1978, set up the Shiatzy Chen brand. “We both wanted to start our own business, and we felt the timing was right,” she says. And indeed it was – in the late seventies, China had just opened up its economy, and there was an acute curiosity about the sleeping giant, not least about its arts, culture and fashion. 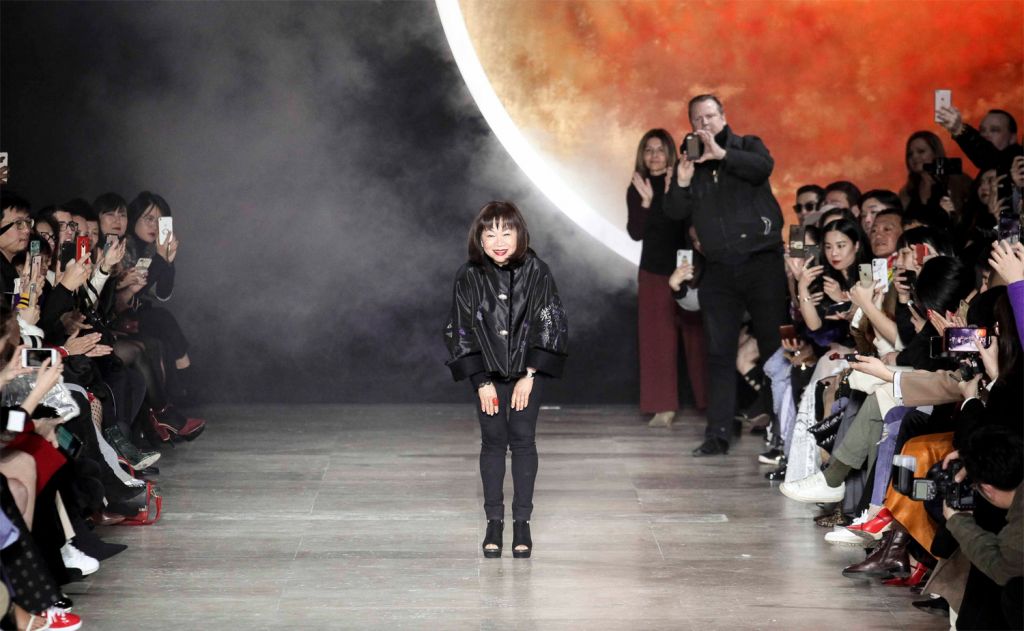 But Madam Wang would be the first to tell you it wasn’t a smooth road to success. “People in Taiwan at that time were obsessed with foreign labels. So I decided my designs had to incorporate a little bit of western as well as Chinese elements,” she says. Drawing from the richness of Chinese culture but without looking too much like a costume, Shiatzy Chen – which means the new look of China – produced outfits which Madam Wang calls ‘Neo-Chinese’ – simple dresses incorporated with iconic Chinese elements.

With a marketing ethos of producing more styles in fewer quantities and with fabrics specially sourced from France and Italy, the Shiatzy Chen brand was propelled to the top of the fashion hierarchy in Taiwan, earning itself a write-up in the prestigious US Women’s Wear Daily. 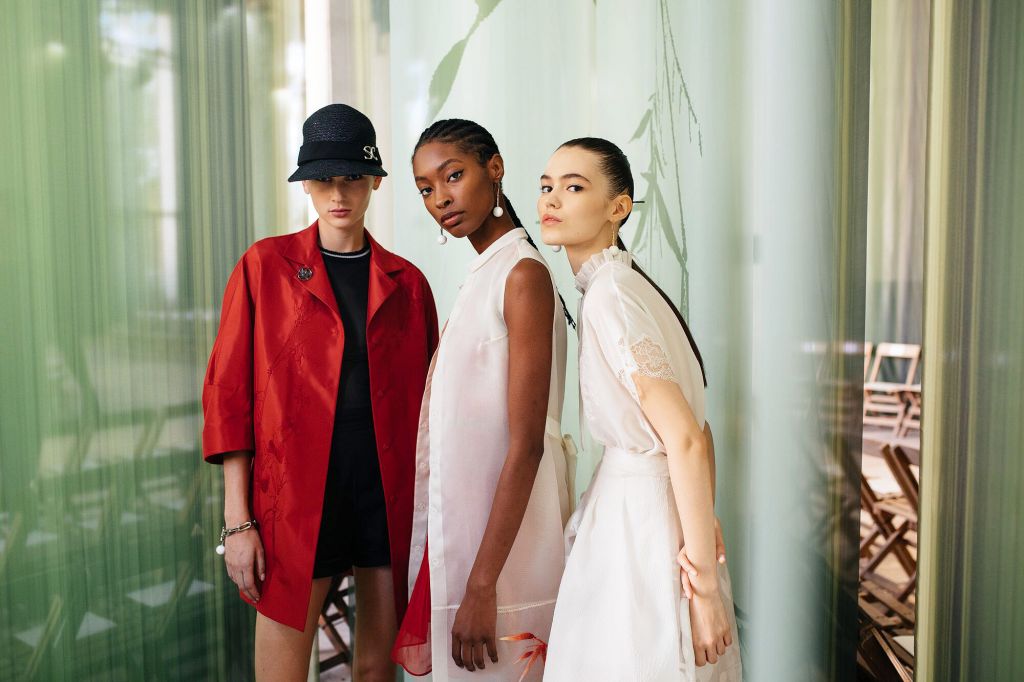 Opening a studio in Paris in 1990, a Shiatzy Chen store located at 262 Rue Saint-Honore soon followed in the City of Lights in 2001 and it became the first Taiwanese high fashion brand to enter the European market.

Shiatzy Chen’s moment of glory came seven years later in 2008 when the label debuted at Paris Fashion Week. She was the second Taiwanese designer to have officially shown there, and a year later the company became a member of the Chambre Syndicale du Pret-a-Porter des Couturiers et des Createurs de Mode. This made her the only designer from the Greater China area to have been admitted.

Currently, Shiatzy Chen has around 80 stores in China, Taiwan, Japan, Hong Kong, Macao and Paris. Asked to describe her own designs, Madam Wang says the basis of Shiatzy Chen designs is incorporating Chinese elements into Western cutting. “We try to develop our own aesthetics to bring both west and east together in a collection.” 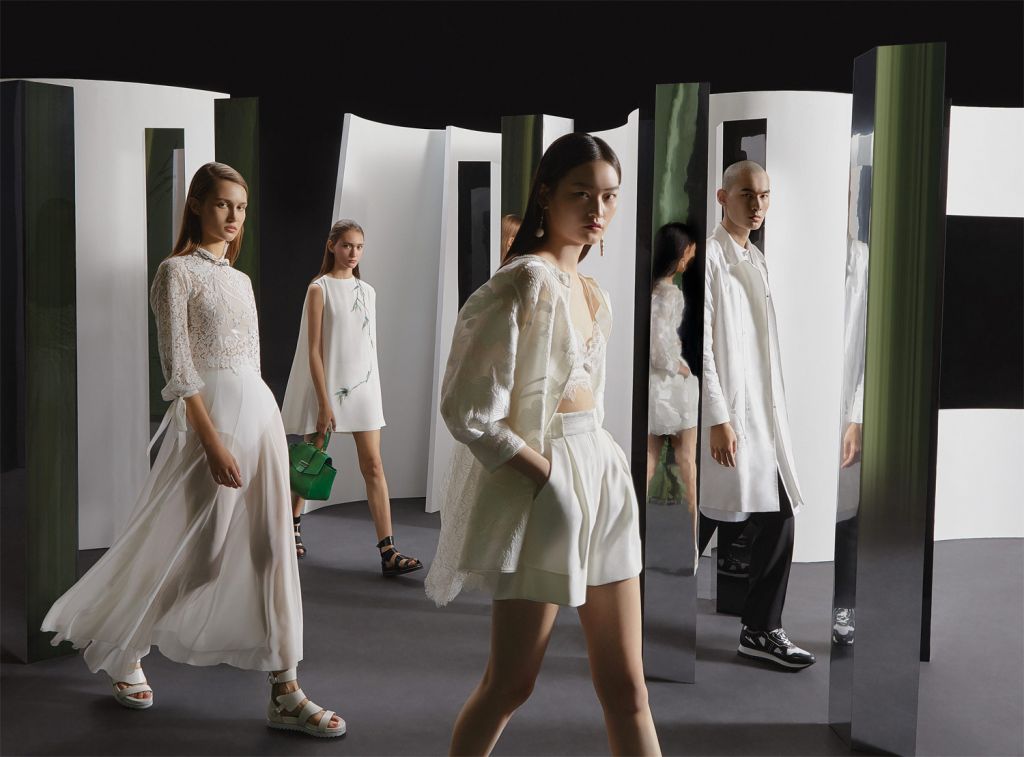 And who is the typical Shiatzy Chen customer? “She is someone who is cultured and self-confident with her or his own personality,” says Madam Wang who herself exemplifies such qualities. She scours antique markets around the world during her travels looking for inspiration for her next collection as well as vintage fabrics and embroidery and antique teapots. It probably her love for teapots which spurred her to start her Chinese tea business. She cites Clignancourt Flea Market in Paris as one of her favourite haunts for antiquing.

When asked what her favourite colour was, she replies without hesitation, “black!” And even though her designs are colourful and varied, you can see her favourite colour creeping in Autumn/Winter 2019 collection titled ‘Guardian’ where she drew her inspiration from the Miao hill tribes of Taiwan.

With mythological motifs like dragons and phoenixes, butterflies and flowers, the collection is feminine with a profusion of ruffles and lace yet retains an edginess emphasised with metal yarn and a few oversized silhouettes.

Shiatzy Chen debuts its twice-yearly collection in Paris where it still maintains a store on the fashionable Avenue Montaigne.

So for a woman who singlehandedly put Chinese fashion on the map, what is madam Wang’s definition of good taste? “Different people have different definitions of what good taste is,” she replies. “For me, someone who is well-read and well-informed has good taste because your personality emerges with knowledge… I believe you should try everything and experience it once.”

Shiatzy Chen – Where and how?