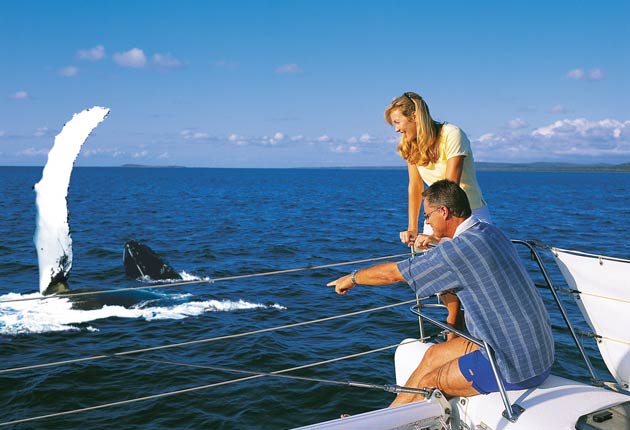 Whale-watching in their natural habitat is on many peoples bucket list, and it’s not different for the team at Luxurious Magazine.

With a month to go before the start of the Southern Humpback migration along the East Coast of Australia, what better opportunity to cross this off your bucket list? If you’re lucky you might even get a chance to see Migaloo, the white Humpback whale and his chums, and if for some obscure reason you don’t see any whales, Queensland’s Fraser Island offer a money-back guarantee.

But when you go whale-watching just who is actually watching whom? Since the commencement of commercial whale watching in the calm, protected waters off World Heritage-listed Fraser Island – the world’s largest sand island – back in the late 80s, inquisitive Humpbacks have been invariably drawn by the desire to socialise – and by the whistling, waving their arms and yelling of the whale watchers – for a spot of people watching on the lee side of Fraser.

According to Kingfisher Bay Resort’s General Manager of Tours and Marine, Colin Anderson, this region of Queensland coastline is one of only two places in the world where the Humpback Whales take time out of their migration south to socialise, rest, nurture and perform in the calm waters off Fraser Island. 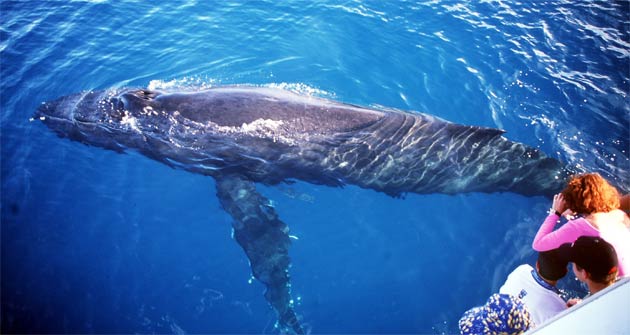 Whale spotting is so prolific in Platypus Bay, during the official season that runs from 1 August until 31 October that operators offer a money-back guarantee for Humpback sightings. With all of this in mind, Kingfisher Bay Resort is putting out the call for holidaymakers to “become Humpback eye-candy and book their own Fraser Coast holiday”… and it’s all in the name of helping the holidaying humpbacks get the most out of their seasonal people-watching.

“It’s really a beautiful thing when these giants come along side of the boats and gaze up at the whale watchers, or when we capture them swimming on the underwater cameras and hear their song on the boat’s hydrophone,” Mr Anderson said.