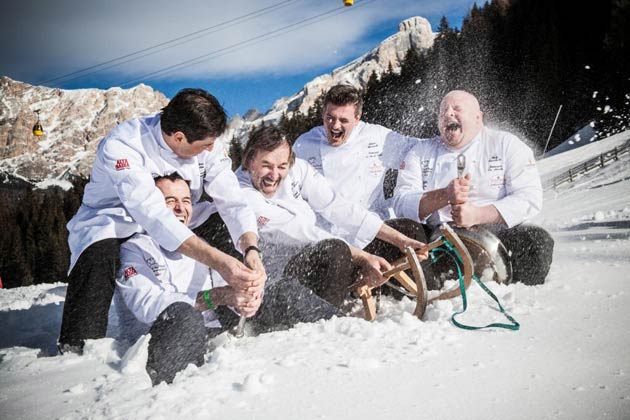 Watchmaker Eberhard & Co has made the decision to accompany the protagonists of the finest Italian and international cuisine at the Chefs Cup Südtirol 2013, marking the times of cooking, sport and fun on the snow-covered slopes of Alta Val Badia.

The Chefs Cup Südtirol 2013 is one of the gourmand events that are looked forward to most by the food worlds great chefs: commencing at the end of January, Alta Val Badia will be hosting the Chef’s Cup, Südtirol 2013 and the watchmaking company will be sponsoring the event for the first time.

The event was conceived by Norbert Niederkofler, the recipient and holder of two Michelin stars. The Chef’s Cup Südtirol is distinguished by attention to the finest gastronomy but particularly by the ability to combine different areas of food and wine with informal, fun activities.

“Strong manual capacity and crafting skill are elements that are shared by the worlds of watchmaking and cuisine – says Mario Peserico, General Manager of Eberhard & Co. – and this is why the Company, whose philosophy has always been to uphold parameters of high quality, paying constant attention to style, has decided to participate in this important event, which promotes excellence via the presence of the best representatives of Italian and international cuisine”. 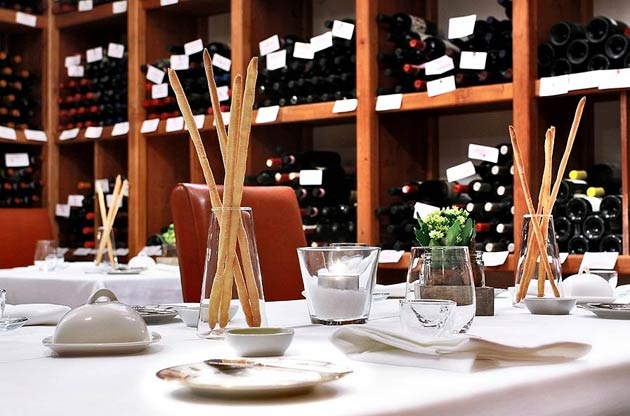 Renowned Chefs Andrea Berton, Davide Oldani, Margot Janse, Norbert Niederkofler, Thorsten Schmidt, Dmitri Johannes King, Shurshakov, Xavier Pellicer and Mitsuharu Tsumaru are just some of the chefs expected to take part, the Chefs Cup Südtirol 2013 brings together restaurant-owners and winemakers, sportsmen and show business celebrities to the kitchens of the Valley’s restaurants to compare notes on food, the latest innovations in the world of gastronomy and much, much more. Tastings, show cooking, cooking courses and gala dinners, blen seamlessly with exciting skiing events, golf matches, aperitifs and test drives on the snow are just some of the “basic ingredients” offered to guests.

Eberhard & Co will be involved in three reas of the rich agenda at the “Chef’s Cup Südtirol 2013”, and all of them taking place on the mountain slopes: 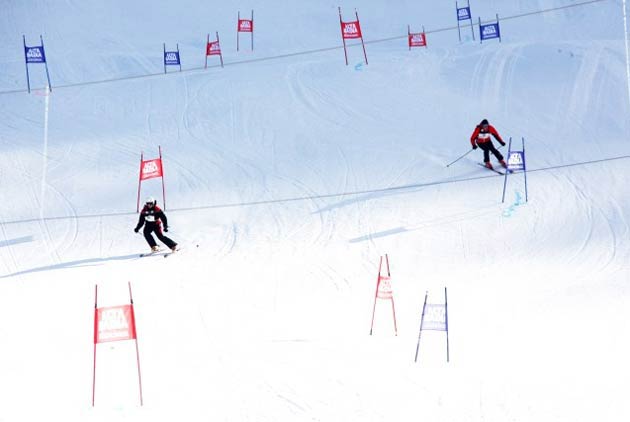 Thanks to Eberhard, it is moving to the ski slopes for the very first time for the Chef’s Cup. Teams of four players will compete in each leg of the match, following a map and recording their scores, and the team with the best score will win a dedicated prize. This very special competition will end with a spectacular cutting of the Eberhard cake made by the chefs of the “Ristogolf” association: Giancarlo Morelli, Davide Scabin, Norbert Niederkofler and Chicco Cerea who will make up one of the teams taking part in the competition, bearing the Company name. 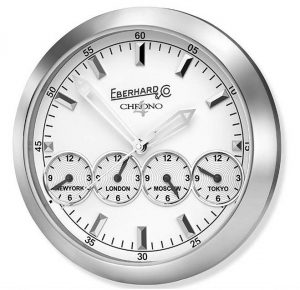 During the different activities it will be possible to admire a selection of the leading models and new Eberhard & Co. proposals: from the famous “Tazio Nuvolari” collection, the sports timepieces dedicated to the greatest legend of motorcar racing of all time, “8 Jours”, one of the most famous Eberhard classic collections, hand-wound mechanical watches which, thanks to a special device, require winding just once every 8 days, moving on to the most sporty models, with “Chrono 4”, and then exploring the wonderful female world of Eberhard, with the “Gilda” collection. Some of the models will be on display in the two most renowned hotels in the Dolomites, Relais Chateaux Rosa Alpina and Hotel Ciasa Salares in San Cassiano.

To ensure that a constant eye is kept on both cooking times and competitive times, special installations have been created for the event, with “Wall Clock”, the brand new wall clock which is the latest evolution of Chrono 4. 4 aligned dials and 5 time zones with 5 separate mechanisms, offering an overview of the world’s main capitals. It is already present in some of the most famous restaurants, including those of some of the chefs taking part in the event, charming hotels and selected venues.