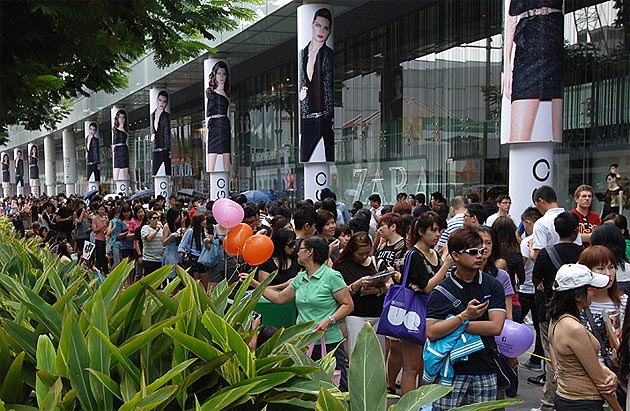 Facing volatile equity and bond markets, increasingly demanding clients, and ever-watchful regulatory agencies, wealth managers must proactively find new ways to counter difficult industry trends if they hope to improve their performance, according to a new report by The Boston Consulting Group (BCG). The report, titled The Battle to Regain Strength: Global Wealth 2012, is being released today.

The report, BCG’s twelfth annual look at the global wealth-management industry, addresses the current size of the market, the state of offshore banking, the performance levels of leading institutions, the emergence of alternative business models, and key trends that all players must adapt to.

“Only those wealth managers that take action, as opposed to adopting a wait-and-see attitude, will be in a position to thrive regardless of which direction the markets ultimately take,” said Monish Kumar, a coauthor of the report and the global leader of BCG’s asset and wealth management segment.

Market Sizing. The report says that global private financial wealth grew by just 1.9 percent in 2011 to a total of $122.8 trillion. The increase was considerably weaker than in either 2009 or 2010 (when global wealth grew by 9.6 percent and 6.8 percent, respectively), owing largely to economic uncertainty and struggling equity markets in developed economies.

Growth was driven primarily by rapidly developing economies in the “new world,” not by the “old world” of traditional, mature ones. In the BRIC countries, total private wealth increased by 18.5 percent in 2011, compared with negative growth in North America (–0.9 percent), Western Europe (–0.4 percent), and Japan (–2.0 percent).

In terms of household segments, the highest growth rate was in the $100 million-plus, ultra-high-net-worth (UHNW) segment, which saw its wealth rise by 3.6 percent—compared with average growth of 1.7 percent across all other segments.

The report says that the highest density of millionaire households in 2011 was in Singapore—where more than 17 percent of all households have private wealth of $1 million or higher—followed by Qatar (14.3 percent), Kuwait (11.8 percent), and Switzerland (9.5 percent). The United States had the largest number of both UHNW and billionaire households in 2011 at 2,928 and 363, respectively. Relative to population size, Switzerland had the highest number of UHNW households, and Hong Kong was the leader in the number of billionaires—driven partly in both countries by the immigration of billionaire families.

Offshore Wealth.
Offshore wealth—defined as assets booked in a country where the investor has no legal residence or tax domicile—increased to $7.8 trillion in 2011, up 2.7 percent from the previous year. The increase was driven partly by a flight to safe havens by investors in politically unstable countries and partly by inflows from UHNW families based in rapidly developing economies. Still, offshore wealth management as an industry remains under intense and increasing pressure owing to greater regulatory scrutiny—particularly from tax authorities in the United States and Western Europe.

Wealth Manager Benchmarking.
BCG benchmarked the performance of more than 130 institutions—either private banks or wealth management units of large universal-banking groups—in Europe, Asia-Pacific, North America, and Latin America. Globally, the asset bases of these wealth managers remained flat in 2011, compared with a gain of 11 percent in 2010. The lack of growth was mainly attributable to the deterioration in market values, which was not offset by net new inflows. There was wide variation in how wealth managers fared across regions and performance categories.

Alternative Business Models.
A handful of business models outside the mainstream—such as external asset managers, family offices, and online wealth managers—have taken advantage of the disruption caused by the financial crisis and the willingness of clients to consider new alternatives. According to the report, traditional wealth managers should aim not only to defend their turf but also to profit from evolving client preferences by adapting their own business models—borrowing different elements from those of unconventional competitors and making sure that they keep their finger on the pulse of what their clients want.

Key Trends.
Numerous industry dynamics are affecting wealth managers. One theme, BCG says, is that emerging markets will fuel the growth of global wealth in the future. Players that hope to succeed in emerging markets must first define their strategies, operating models, and ambition levels—as well as recognize the pitfalls that have felled many attempts at expansion abroad. Another key trend is that the core economics of wealth managers will continue to be strained.

“We do see a general recovery in equity markets as likely,” said Peter Damisch, a coauthor of the report and the global leader of BCG’s wealth-management topic. “But wealth managers will still need to continue their cost-cutting and pricing initiatives, refocus on client discovery, master the ever-shifting regulatory environment, bolster risk management, and find ways to use alternative business models to their advantage.”