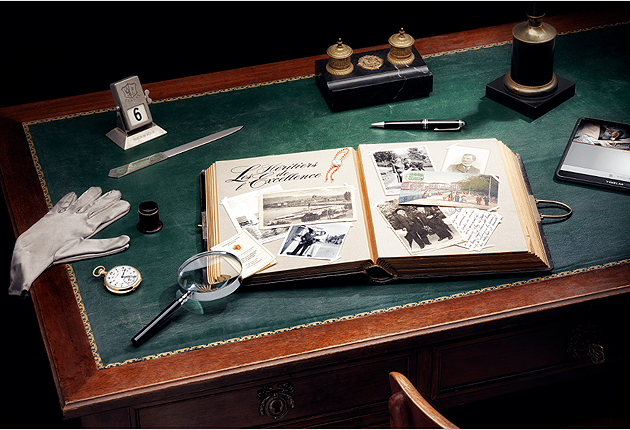 While the Archives of the Canton of Geneva refer to the model, calibre number and other information that can be used to identify the timepiece, no details are provided on the circumstances of the purchase. There is no reference to what has become of the watches either. Where are they now? Who is wearing them? Do their current owners know that some timepieces are more than 125 years old?

It is with the aim of gathering this information and restoring the memory of the Poinçon that TIMELAB (Geneva Laboratory of Horology and Microengineering) has decided to invite all owners of watches bearing the Poinçon de Genève to tell the story of their timepiece and join the Héritiers de l’Excellence club.

Tracing the history of these watches tells the story of the Poinçon To be launched during 2014, the survey will be sent to all owners of watches stamped with the Poinçon de Genève. First they will be asked to complete some formalities on the new Poinçon de Genève site to enable TIMELAB to verify the authenticity of their timepiece, notably with the reference number of the original certificate that accompanied each Poinçon watch, or using distinctive marks on the watch itself (brand, case and movement number, watch and calibre reference). They will then be asked to describe the place and circumstances of the purchase. Was it in Geneva? Was it inherited or a gift? Has the watch been handed down to descendants of the original owner? How long has it been in the family? Do the current owners realise they possess a piece of priceless watchmaking heritage, as seen through the eyes of fine watch connoisseurs?

Lastly, to thank respondents for taking part, they will be invited to enter a competition – further details will be revealed shortly. Winners will be the guests of TIMELAB in Geneva. They will visit a Geneva “manufacture”, attend a watchmaking class and be able to view records held by the authorities of the Canton of Geneva.

Les Héritiers de l’Excellence: heirs of watchmaking excellence Watches stamped with the Poinçon de Genève embody the spirit of the “Cabinotiers” of the 17th century whose sole ambition was to achieve watchmaking excellence. The quality of craftsmanship has been recognised and respected around the world since the creation of the Poinçon in November 1886. For the owners of these watches, being a member of the Héritiers de l’Excellence club means subscribing to a philosophy that aims to preserve, promote and transmit the fine tradition of Swiss watchmaking, whose oldest reference is the Poinçon de Genève.

The identity of these Heirs and the information they send in will be retained by TIMELAB, whose employees are approved by the Republic and the Canton of Geneva. These employees uphold the principle of strict and absolute confidentiality at all times, and are trusted by the State.