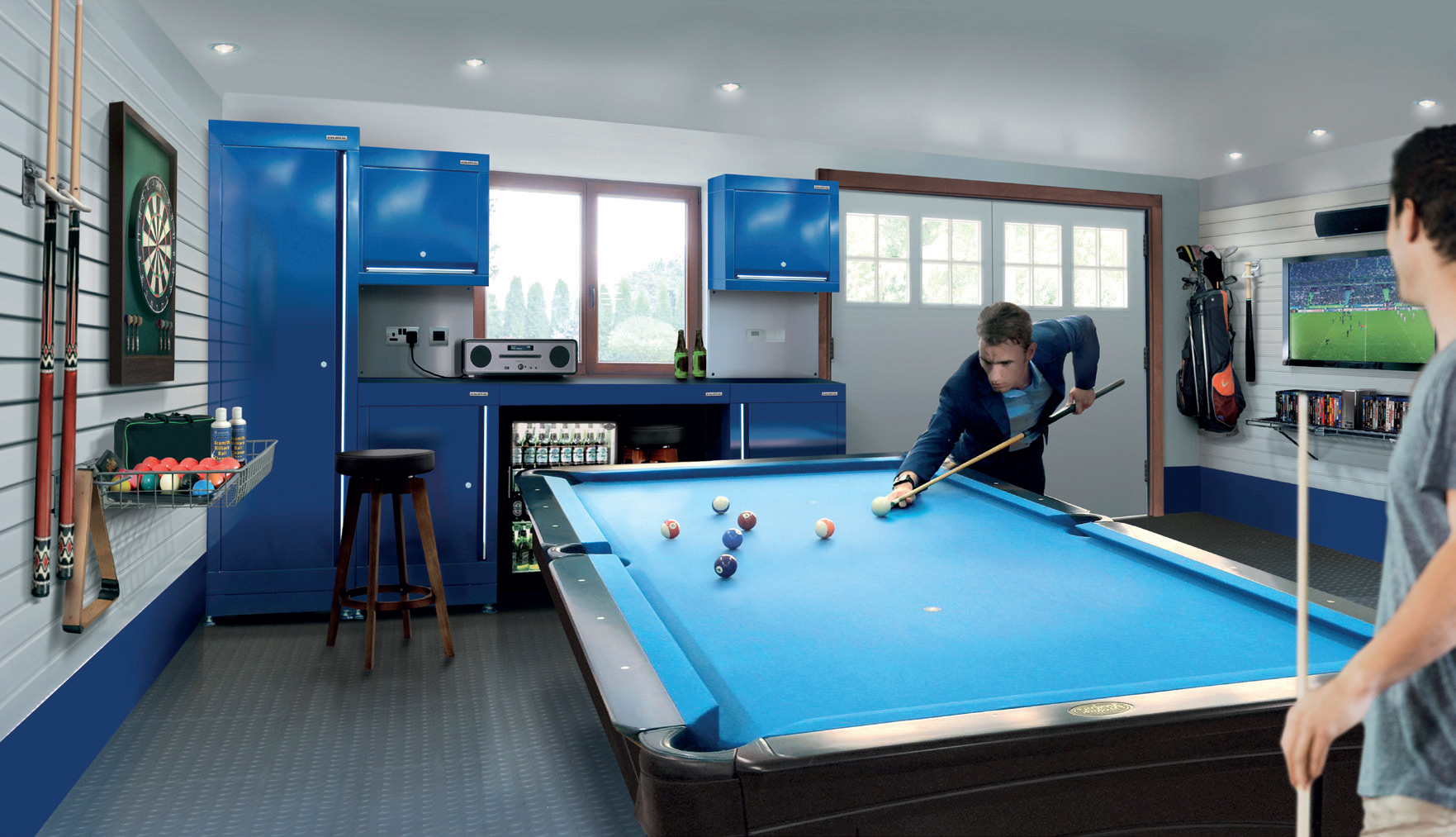 Once shabby and forgotten, our garages are finally putting on their glad-rags with must-have interiors that bring them up to the same high standard as the rest of our homes, writes Jon McKnight

If you’re reading this, you’ll be used to people admiring your expensive watches, your supercars and your yachts, but now there’s a new form of admiration you might need to add to your list: Garage Envy.

A recent phenomenon, it marks the domestic garage’s transition from a ramshackle relic of the oily-rag era into a designer showpiece that says as much about you and your taste as any of your jewellery, clothes, or accessories.

And while your garage may be the last part of your home to have the attentions of a designer lavished upon it, it’s being viewed in some circles as a status symbol in its own right.

Owning a Lamborghini is all very well, but the cognoscenti won’t be satisfied unless the car is kept in a garage that’s every bit as sleek and well-engineered as the vehicle itself.

That means a garage with a floor so clean you could eat your supper off it; meticulously-planned storage with a place for everything and everything in its place; and Lamborghini memorabilia on display. 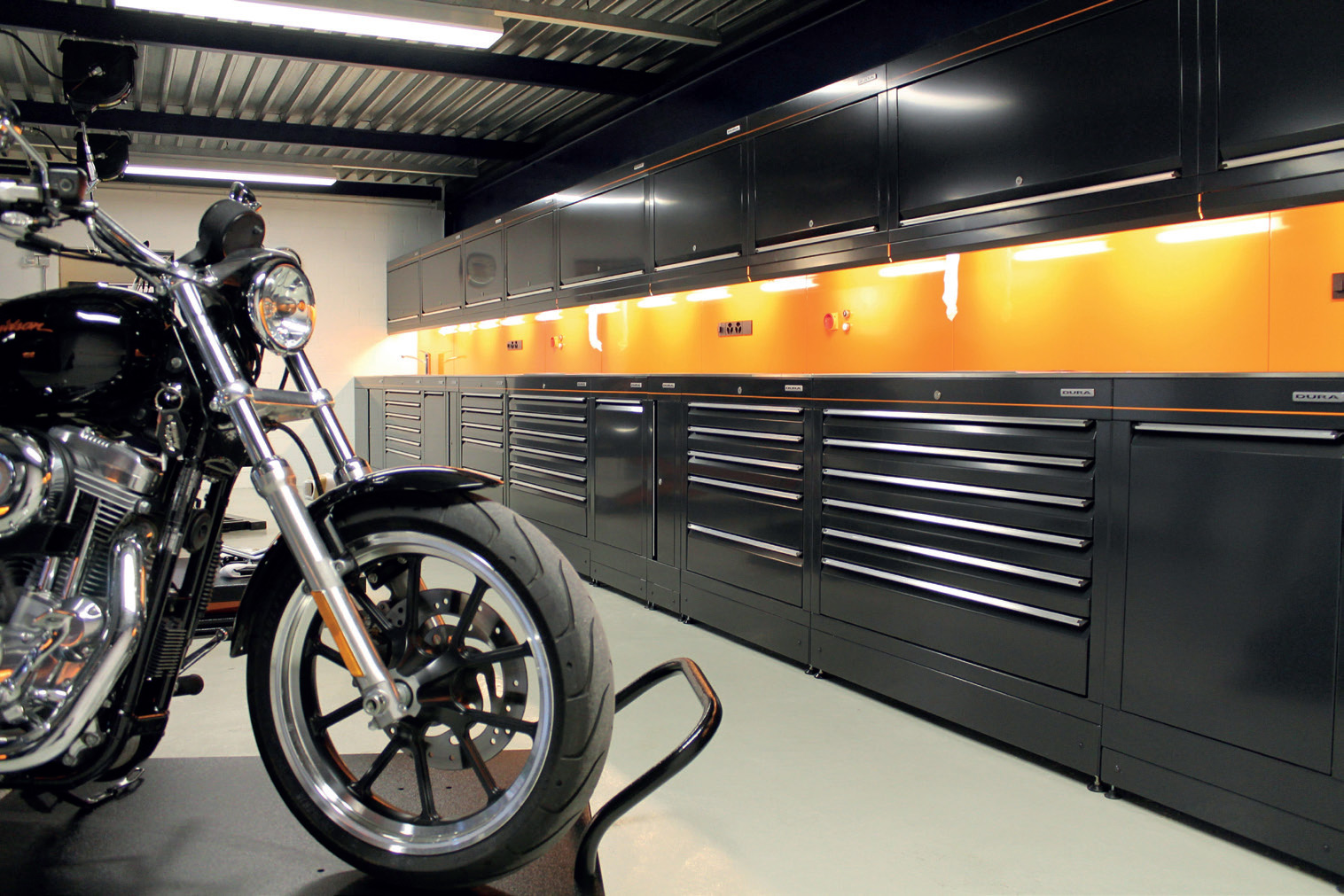 The same treatment is becoming de rigeur for Harley-Davidsons and other classic motorcycles, with storage cabinets and key design details painted in the marque’s own colours.

While those who own a Bentley, a Ferrari or a Bugatti tend not to be car mechanics themselves, they do like to have a full set of tools, just in case, all stored in drawers with cushioned recesses for each individual spanner.

That they can be so choosy is down to Dominic Wishlade, the man who began the revolution in garage interior design when he realised that while everyone was clamouring for dream kitchens, bathrooms and bedrooms, no-one was doing the same for domestic garages.

As an industrial designer, he came up with the concept of the fitted garage – and his steel cabinets and storage units were so innovative that prestigious motor marques including Rolls-Royce, Bentley, Ferrari, Bugatti and Aston Martin began to specify them for their own automotive workshops.

Word spread, and his company, Dura Limited, became the darling of the wealthy car and motorcycle collectors who wanted to be one up on their like-minded friends. 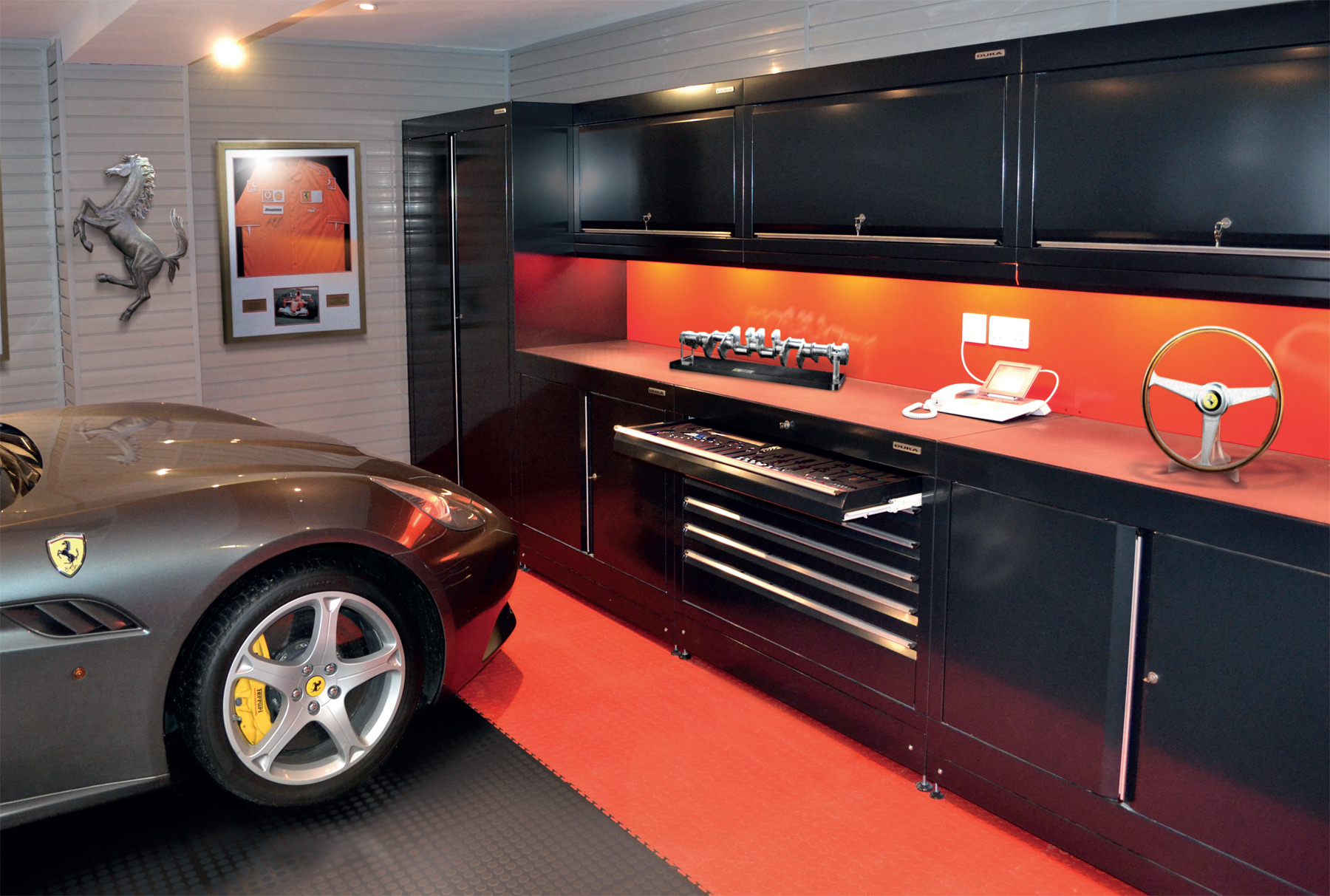 “Some wanted their garages to look like Formula One pit-lane garages,” he says, “while others wanted theirs to be a shrine to their Ferraris or McLarens. Apart from theming a garage around a marque or helping them source memorabilia, we can give it an extra wow factor with TVs that appear from nowhere and electronic smart glass that turns from opaque to transparent at the touch of a button on a remote – and if people have the budget, we can do anything that’s technically possible, as we do love a challenge!”

Having won a Red Dot design award as well as The Queen’s Award For Enterprise – the highest honour the monarch can bestow on a company in the UK – Dominic keeps his finger on the pulse of the industry he created and has a better insight than most into the latest trends in garage interior design.

“People with very high standards are realising that their garages are lagging behind the rest of their homes,” he says, “so they’re rethinking their garages completely and turning them into games rooms, man-caves, woman-caves, gyms and boutique bars – with or without their favourite car or motorcycle alongside.”

“It’s astonishing how far the domestic garage has come in such a short time, and it’s fascinating as the guy who started it all to see the ambitious and imaginative plans that some of the world’s wealthiest homeowners have for their garages.” 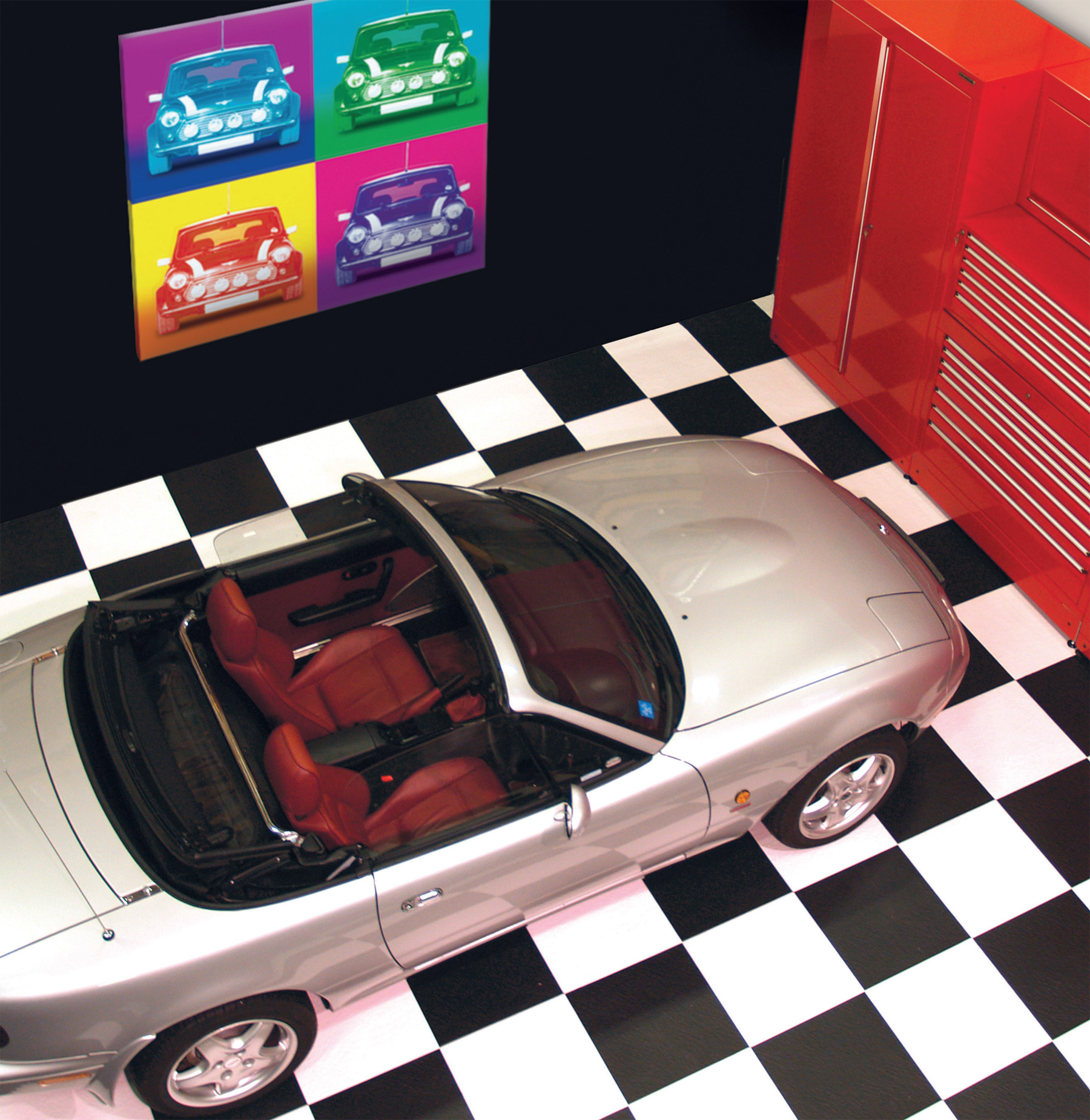