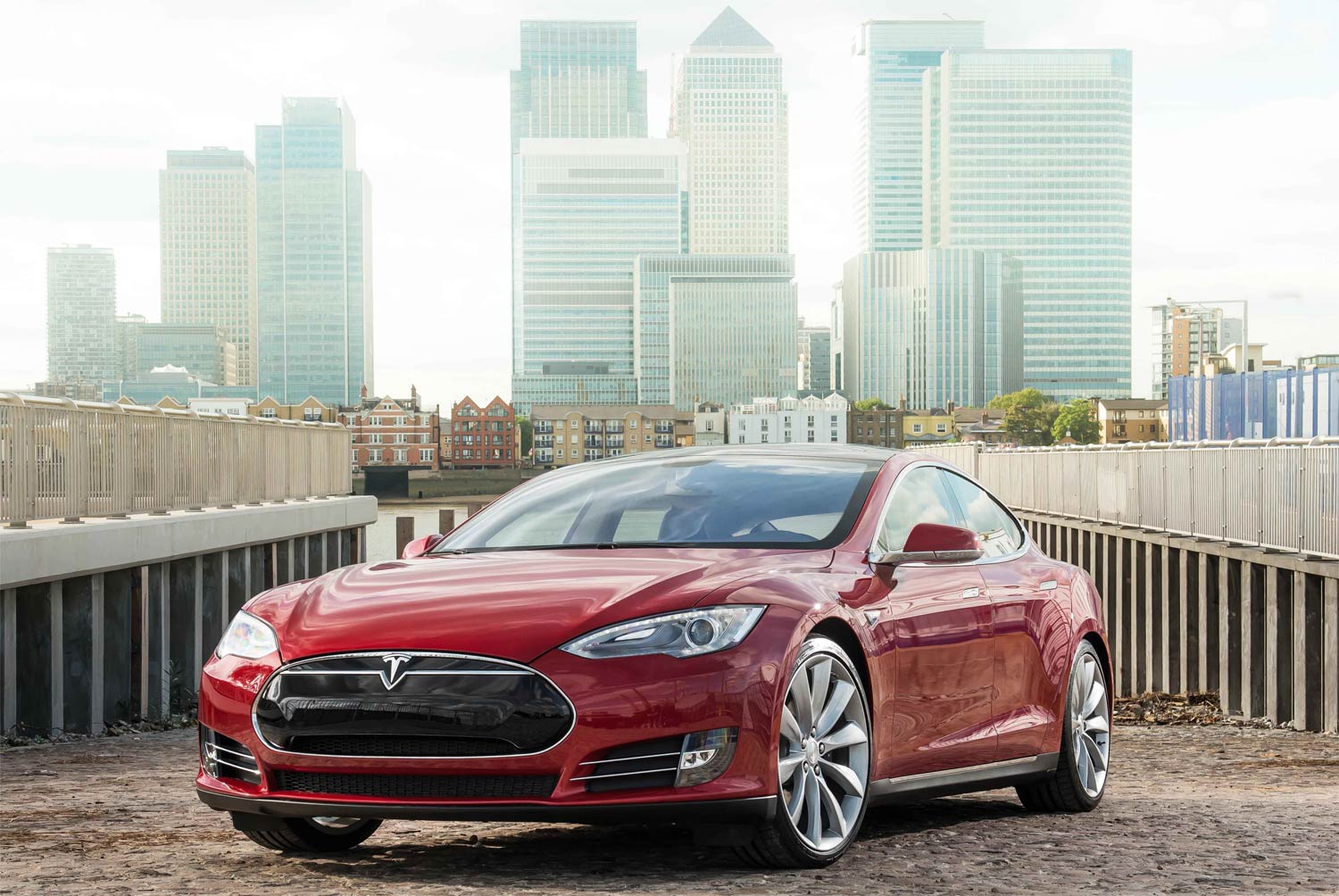 The Tesla Model S is the most extraordinary car that Jon McKnight, our resident Bon viveur, has ever driven – a technological triumph that makes every one of its rivals seem at least a century out of date. In the first part of his exclusive report for Luxurious Magazine, he reveals just how astonishing the world’s greenest supercar really is.

Once in a lifetime, someone in the motoring world comes up with a game-changer. Daimler-Benz brought us the first practical car, Rolls-Royce made it exclusive, Henry Ford made it for everyone, and sportscar brands from Aston Martin to Lotus and Ferrari made it exciting. 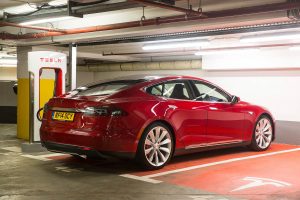 But Elon Musk at Tesla has achieved something utterly extraordinary: his cars are not merely a game-changer but have the serious potential to be a planet-changer. You have the right to remain cynical.

Just like Billy Bunter’s ever-imminent Postal Order, the numerous health breakthroughs that always remain just over the horizon, and Del Boy’s assertion that “this time next year we’ll be millionaires”, it would have surprised no-one if Mr Musk, like so many before him, had over-promised and under-delivered. Only he hasn’t.

Instead, he’s left the doubters and detractors opening and closing their mouths like speechless goldfish by producing the world’s first practical electric-powered car – a car that almost looks a million dollars, goes hundreds of miles on a single charge, and out-accelerates an embarrassing number of its petrol-engined rivals. If it sounds too good to be true, you’re in good company. Because, putting the needs of the planet to one side for a moment, almost every other motor manufacturer in the world and everyone who makes a living from the oil industry is desperately hoping it isn’t true. But it is.

I’ve driven the proof – a Tesla Model S – and I’m still feeling a sense of bereavement a fortnight after the delivery driver (surely the most-booed man in the UK) came to take the Tesla away after my week at the wheel. It was like a scene from Mr Benn. There I was, thoroughly enjoying my adventure in the breathtakingly-exciting Tesla, when the Shopkeeper appeared, as if by magic, and I was led, protesting, back to my own Tesla-less world. 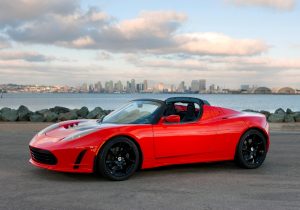 Although I’d been looking forward to driving a Tesla, I’d really been hoping to have a go at the Roadster, the company’s first car, that’s blessed with the looks of a Lotus Elise but happens to be electric. The company’s stopped making them and moved on, and nothing came of my hope that there might have been a forgotten one tucked away at the back of the Press Fleet garage that I could keep and cosset if I promised to look after it until the day it died. Worth a try, though. But that meant my first experience of a Tesla would be in a Model S, a car that didn’t look as if it could ever offer the same excitement as the revolutionary Roadster. Disappointed as I may have been when Tesla offered it, my apprehensions evaporated the moment I set eyes on it.

For even though it doesn’t have the drop-dead-gorgeous looks of my next test car, the BMW i8, or the opulence of my last, the Bentley Mulsanne Speed, the Tesla Model S is nevertheless a head-turner in its own right and holds its own in the beauty stakes against anything that Jaguar or Lexus have to offer. It’s sleek and curvy, with enormous wheels, a fish-like mouth of a radiator grille, and chrome trim that says to anyone who didn’t already know it that the car is special. 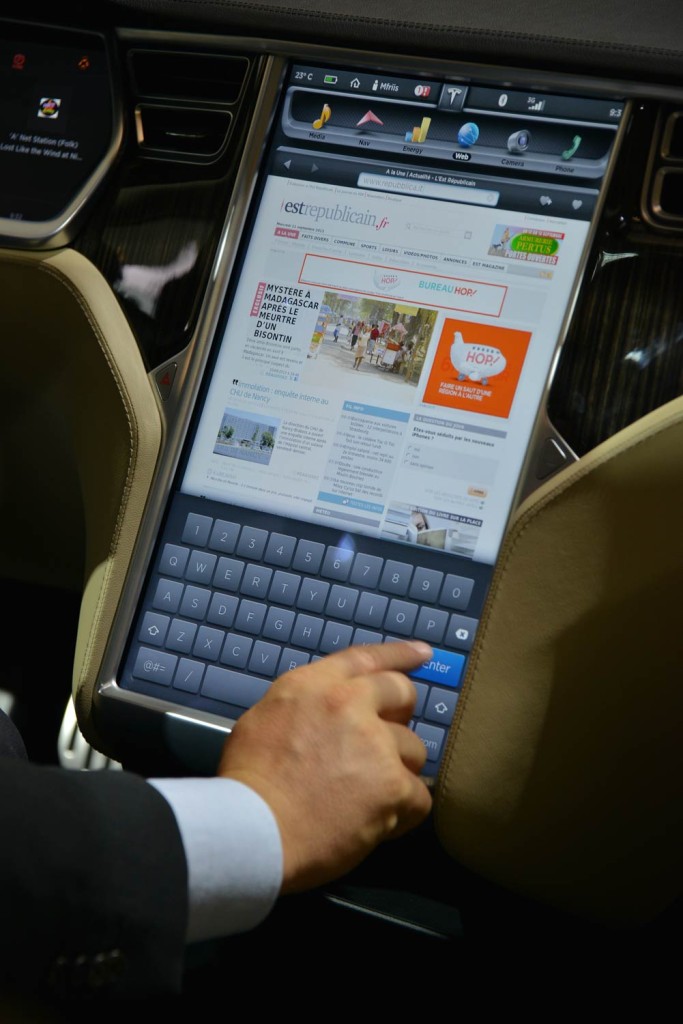 Inside, it’s quietly luxurious but surprisingly sparse. Perhaps understated would be a better word. But the cockpit is dominated by a phenomenal piece of kit: an astonishingly large iPaddish screen that looks as if someone’s taken my 17-inch MacBook Pro and turned it on its side. If Tesla has put most of its effort into that, it’s been worth it, for the screen controls countless functions of the car. Just like an iPad, it’s a touch-screen that can be pinched to zoom in and is so intuitive that even I picked it up almost instantly without resorting to the PDF manual that lurked discreetly a mere touch away. My first impression was that Elon Musk had taken a giant iPad and stuck four wheels on it – and to some extent, he has.

You can use the screen to browse the web, check your e-mail, sat-nav your way around, see behind you via the built-in HD reversing camera, operate the sound system, check the charge and estimated range left, raise or lower the suspension, unlatch the bonnet, open and close the boot, find your way to the nearest Supercharger, open the charging flap, and access a panoply of other functions that I didn’t have time to explore – a little like visiting The Louvre or The Science Museum and realising you can’t possibly appreciate it all in one go.

My 12-year-old worked it all out immediately and, if motoring laws and common sense didn’t apply, would have been able to drive the car easily due to the simplicity of the controls – not a great leap from the dodgems she’s used to. And that’s not a criticism.

Tesla couldn’t have made the car simpler to drive, as there’s no gearbox – not even an automatic – and the only relevant controls are the accelerator and brake pedals and a steering-column lever that makes the car go either forward or backwards. I’m not even sure if there was anywhere to put an ignition key (a concept that seems ridiculously outdated as I write this) as the key fob you carry around unlocks the car as you approach and locks it as you leave. The chrome door-handles hide themselves in the bodywork and emerge automatically to greet you as you walk towards them, vanishing again just as discreetly when you park and walk off. It’s a lovely touch, a little side-show in itself, and very much an indication of the thought that Tesla has put into the Model S. I couldn’t help thinking that the Tesla Model S is the sort of car that Apple would build, if it ever ventured into the car market.

Just as Apple design guru Jony Ives (or Sir Jonathan Ives as I like to think of him) showed the world that computers didn’t need to be boringly beige boxes, then put music in our pockets with the iPod and went on to revolutionise mobile communications with the never-bettered iPhone, Tesla has thrown away so many of the conventions we associate with the motor car and replaced them with something that’s utterly 21st Century, enhances our lives, and makes all of its competitors seem at least a century out of date.

The result is magnificence in motion – and if you change your car for a Tesla, you’ll be changing your life, too.