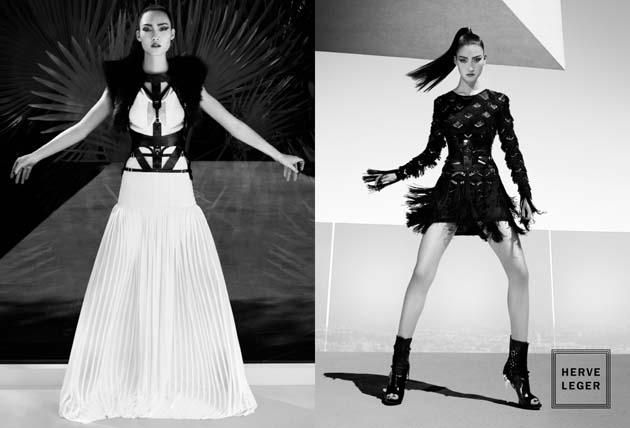 World Luxury Fashion Week will make a much anticipated debut appearance in Abu Dhabi this year and is set to become an annual fixture for the UAE capital city.

World Luxury Fashion Week will bring together some of the world’s leading high-end fashion brands over a four day invitation-only fashion week hosted at the spectacular Jumeirah at Etihad Towers from 25-28 November 2012.

The format for every show will offer a salubrious hospitality setting rarely seen at fashion shows, as guests indulge in a five-course gastronomic dining experience crafted by Jumeirah’s elite team of executive chefs in the Mezzoon Ballroom at Jumeirah at Etihad Towers. The hospitality concept allows for each dinner course to be served followed by a fashion show during each interval, so VIP guests will indulge in the best of fashion and food in a luxurious setting.

Mr Arno Husselmann, General Manager of Abu Dhabi Motors, the sole dealer of Rolls-Royce Motor Cars and BMW in Abu Dhabi and Al Ain said, “We have high expectations for World Luxury Fashion Week and we are proud to be a part of an event of this calibre, one which will no doubt reinforce our association with luxury and reinforce our status as the regions’ leading choice for Rolls-Royce and BMW.   Abu Dhabi Motors has earned an international reputation as one of the leading representatives of the world’s pinnacle automotive brands, and our position as the leading BMW & Rolls-Royce dealer in the region, highlights the city’s position as a hub for luxury in the region and underpins the UAE Capital’s appetite for the Ultra-luxury car segment.”

Rolls-Royce is the pinnacle luxury goods trademark in the world and is well associated with high-end luxury. Rolls-Royce Motor Cars has a long history with the fashion world. Most recently the company partnered with Lebanese fashion designer, Walid Atallah, to create two bespoke models, named “Rolls-Royce Phantom Rayan” and “Rolls-Royce Phantom Coupe Rayan”. In 2011, to celebrate the centenary of the Spirit of Ecstasy, Rolls-Royce Motor Cars collaborated with acclaimed photographer, Rankin, on a series of photographic portraits inspired by females and symbolising the mystique and charm of the brand’s legendary figurine.

Abu Dhabi is fast becoming a city that is positioning itself as one of the largest luxury retail capitals of the world and the luxury fashion market in Abu Dhabi is one of the most strategically important, and indeed lucrative. Most of the premium brand retailers are planning a rapid expansion into Abu Dhabi and this can be seen with the much anticipated opening of Avenue at Etihad Towers, Abu Dhabi’s first true luxury shopping district and premier lifestyle destination in the city.

Comments Doris Greif, General Manager of Jumeirah at Etihad Towers, “World Luxury Fashion Week is a welcome addition to the Abu Dhabi calendar of leading international events, and as a centre within the UAE’s capital that prides itself on the deliverance of thoughtful luxury interior design, quality craftsmanship, gourmet experiences and bespoke lifestyle and hospitality services, Jumeirah at Etihad Towers is honoured to be associated with such an event.”

As one of the world’s leading brands of high-performance garment steamers, steam irons and hair styling appliances, Rowenta’s association with World Luxury Fashion Week is a fitting one. The partnership reinforces the brands existing relationship with world-class international fashion weeks in New York, Paris, Montreal, to name abut a few.

“Rowenta is very excited to be a part of World Luxury Fashion Week,” said Shonila Misra, Marketing Director of Rowenta, “We are strong supporters of the fashion community and share a common goal with its members – to produce intricately designed, visually appealing and high quality products for consumers.”

The GCC region remains a hugely lucrative market for luxury goods and achieved significant growth of 15 per cent in 2012, leading the strong performance of the global luxury market, which underlines the huge growth potential of the Middle East region. Globally, luxury goods sales are defying initial concerns and despite recent global economic pressures and this sector will exceed €200 billion in 2012, this according to Bain & Company Luxury Goods Worldwide Market Study, Spring 2012 Update.

Peter Baumgartner, Chief Commercial Officer at Etihad Airways, commented, “As brand synonymous with classic design and tailored experiences, we are proud to support an event which aligns with our high-end, stylized approach. Etihad Airways brings the world to Abu Dhabi and also presents Abu Dhabi to the world. World Luxury Fashion Week shares this vision, making for an ideal partnership.”

Julian Alibhai, Exclusive Distributor of Hästens beds and mattresses in the GCC, says “Hästens is globally recognised as being the ultimate producer of the world’s greatest handmade and bespoke beds and mattresses using only the finest all-natural materials, and has been doing so for the last 160 years in Sweden.  We are looking forward to showcasing our premier product at the World Luxury Fashion Week, the Vividus, which is valued at over USD 100,000, takes 160 hours to handcraft and has been tailor-made for many well-known and respected fashion icons and celebrities.”

There is an expectation of Abu Dhabi to deliver something different, something prestigious, something new for tourism and indeed to the region, in terms of recognition of the GCC collective spending power. As the capital of the United Arab Emirates, Abu Dhabi will continue to cement its status as a leading luxury destination and World Luxury Fashion Week will complement these recent achievements within the city’s business and tourism sectors.