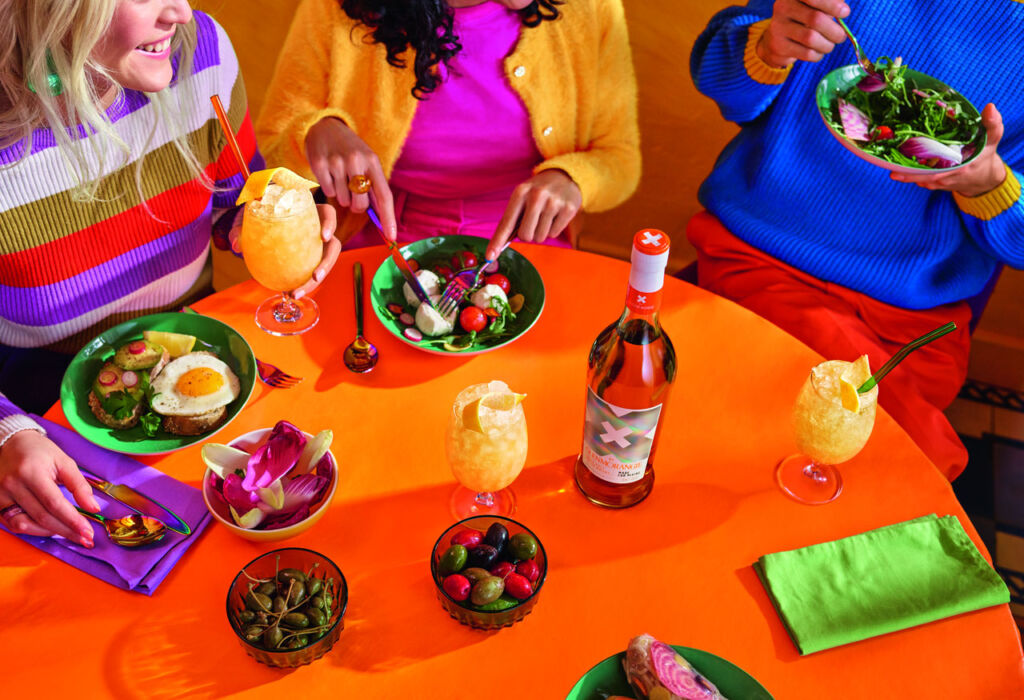 Glenmorangie is one of the elder statesmen of the Scottish whisky industry, having been with us for approaching 200 years. During that time, they’ve built an enviable reputation born from countless exceptional whiskies. For 2021, they are doing something a little different, and it comes in the form of a single malt whisky called X by Glenmorangie, which has been made specifically for mixing.

The name X by Glenmorangie has a somewhat mysterious ring about it. You’d think that from the name, is it somewhat experimental, and in many ways, that is precisely what it is. It is a brand new offering from one of the world’s great whisky brands, designed for mixing. It’s actually a rather clever idea, produce a whisky that encourages people to experiment with tastes and who knows? It could result in one or more embarking on the road to superstardom in the world of mixology.

Glenmorangie is part of the Louis Vuitton Moët Hennessy (LVMH) group, and they know more than a thing or two about current trends and consumer appetites. It’s highly likely that some of the researchers at the company sat down around a table and realised that there is a gap in the market and they know exactly how to fill it.

Wherever you go in the world, particularly if you’re frequenting the bar in a top hotel, you’ll get the opportunity to be wowed by a skilled bartender, and it’s these very same people that the distillery consulted with to help craft X by Glenmorangie. 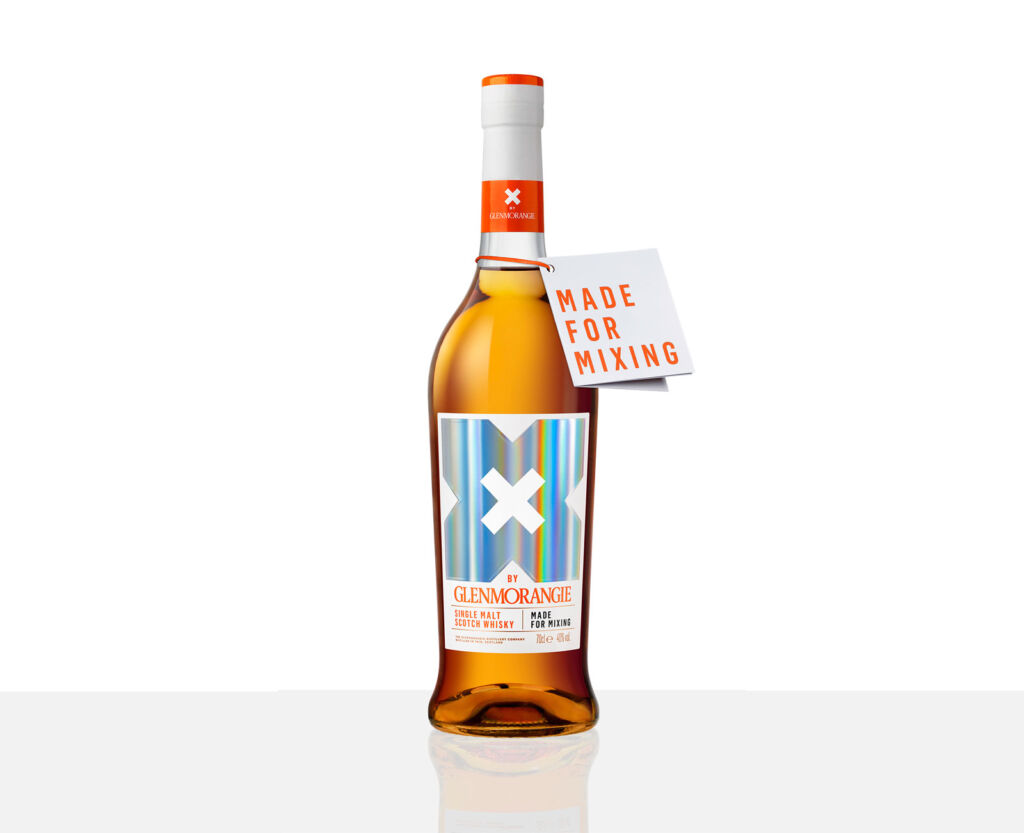 What is X by Glenmorangie?
X by Glenmorangie is a single malt Scotch whisky with a sweeter, richer taste. As mentioned, it was borne from the minds of the distillers and some of the world’s leading bartenders.

The taste lends itself to tall, simple serves and boasts a cornucopia of interesting flavours, including vanilla, pear, orange sherbert, honeysuckle and even chocolate fudge. It was created via a combination of whisky aged in bourbon casks and finished in new char oak casks. As you can see from the flavours listed above, it will have a sweet and rich taste, making it ideal for all manner of delicious drinks.

To help inspire you to mix, Glenmorangie has designed a series of simple and refreshing serves. Each one needs between two and four ingredients and is simple to make. They include some familiar classics such as Glenmorangie X Cola and Glenmorangie X tonic. In addition to these, they created some serves for more fun-filled occasions, which range from Glenmorangie X Karaoke Party to Glenmorangie X Date night. 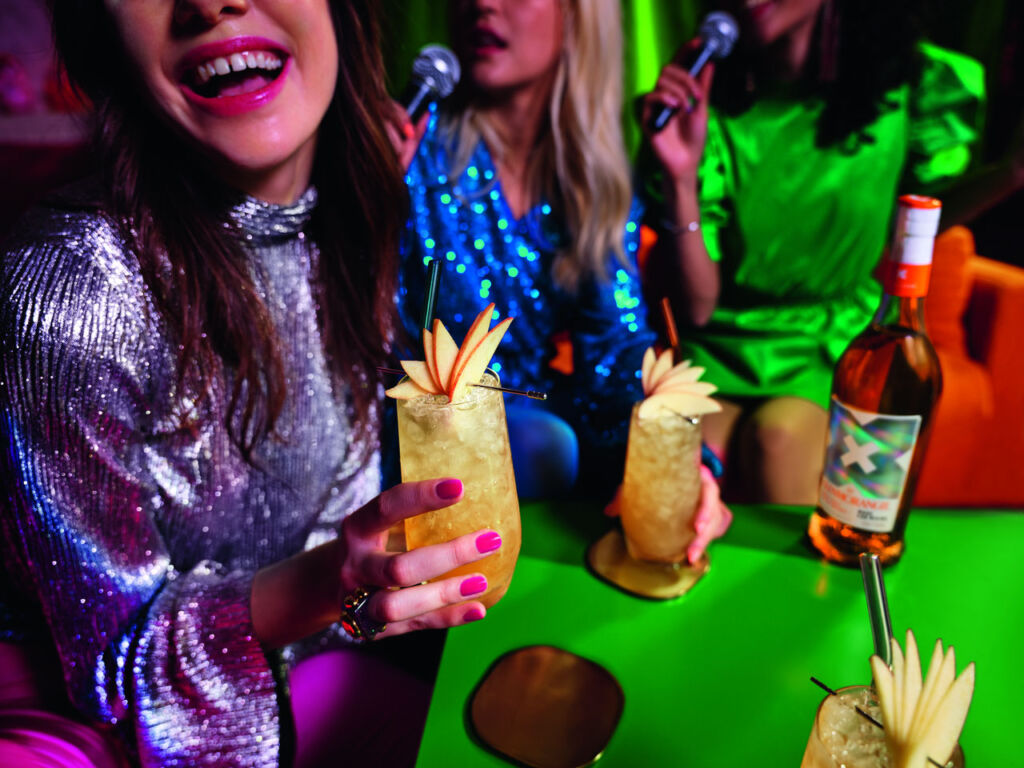 Recipes for all of these and more and be found on their website www.glenmorangie.com or via their social media channels.

Glenmorangie’s Director of Whisky Creation, Dr Bill Lumsden said: “X by Glenmorangie came from our dream of creating even more flavour possibilities, with a single malt that’s made to mix. Consulting with top bartenders, we crafted this sweeter, richer single malt for all those enjoying mixing at home.

“Luscious with vanilla and pear, succulent orange and honeysuckle, all drizzled with chocolate fudge, X by Glenmorangie is perfect paired with a favourite mixer. So, whether you’re planning a brunch or a date night or want to experiment with your own flavour combinations, this whisky will bring your drink the x-factor!”

It’s obvious that Glenmorangie’s whisky creators have more than enough imagination when it comes to dreaming up delicious whisky serves. But why should they have all the fun and take all the credit? Armed with a bottle of X by Glenmorangie, you could find yourself becoming the next great mixologist.

So, why not make your mark and create something new and original yourself? Even if you just get it right just once, you’ll at least leave people with something to remember!

X by Glenmorangie is available now from Clos19.com, Amazon and whisky specialists, RRP: £30.

Mixing drinks is a lot of fun. However, we would always urge people consuming alcohol to do so in moderation.