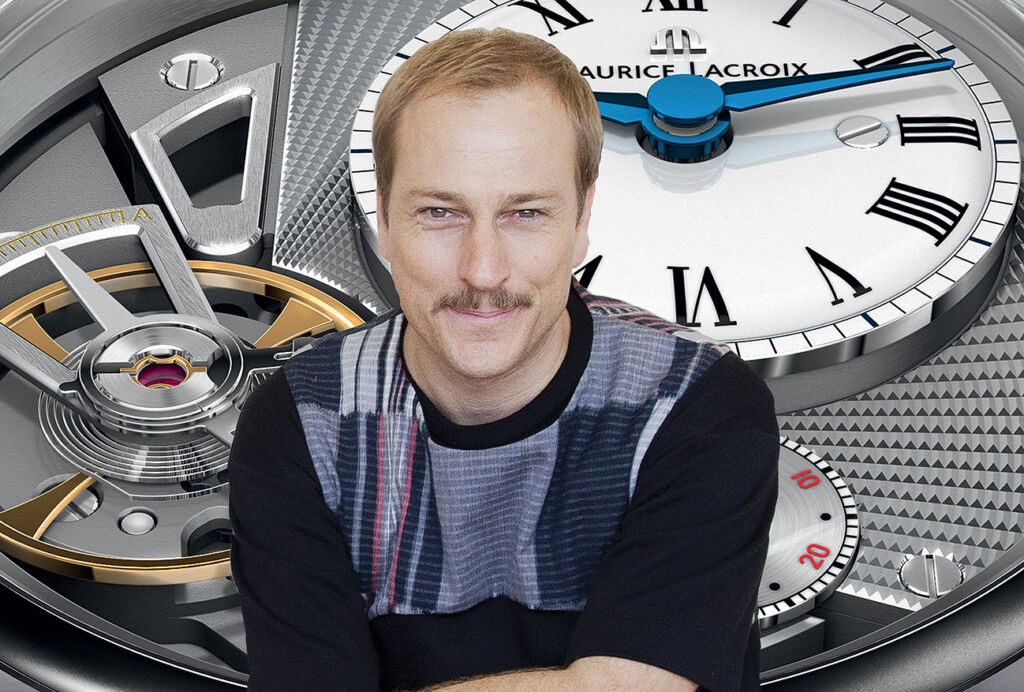 Maurice Lacroix has welcomed Yannick Aellen, the avant-garde founder of the Mode Suisse platform, into the brand’s circle of friends.

Starting as a casting director in Paris before becoming a production designer, Yannick has collaborated with some of the most important creative personalities of the 21st century. These include artists such as Raf Simons, Alexander Wang and even Lady Gaga.

Mode Suisse, Yannick Aellen & Maurice Lacroix
Mode Suisse seeks to create synergies between different actors in the fashion industry, as well as those who have a passion for it. Since its creation in 2012, the organisation has held two events a year in Switzerland, a showcase for local talents.

It has taken only two years for Yannick and his teams to expand Mode Suisse beyond the country’s borders. Since then, the platform has developed a number of different promotional means to showcase designers, particularly in Paris and New York.

Each season, Maurice Lacroix will be supporting a Swiss designer participating at a Mode Suisse event in Switzerland, thereby helping to provide exposure to a talented creator.

As for Yannick Aellen, Maurice Lacroix will be taking every available opportunity to shine a light on his many activities, whether it’s as an artistic director for some of the biggest names in fashion or his successful collaborations with different lifestyle programmes. And there’s no doubt that his new Maurice Lacroix watch will accompany him in all the major events to come in his career.

“There is a depth to watchmaking that really moves me. Maybe that’ s because the meticulousness with which watchmakers exercise their craft reminds me of the delicate hands you see in high fashion brands. Whatever it is, for me, Maurice Lacroix incarnates accessible luxury. This is a brand that has been able to capture the imagination with affordable and contemporary Swiss-made timepieces,” enthuses Aellen.

“With the Mode Suisse organisation, we’re speaking to the same people: urbanities, people who are connected, adventurous, modern; people who are not afraid to believe in their dreams. Yannick Aellen has this passion and we are thrilled at the prospect of creating a history together,” says Stéphane Waser, Managing Director.

Impressed by the diversity of the watches on offer, the founder of Mode Suisse was particularly taken with the AIKON line.

“It can change to suit your desires. That’ s what makes it timeless. Today, watches are the reflection of a stylistic identity. They’re a fashion accessory, no less than jewellery or leather goods.”

Maurice Lacroix – Where and how

For more information about the Maurice Lacroix ‘Circle of Friends’ and to view the current range of timepieces from the manufacturer, click here.