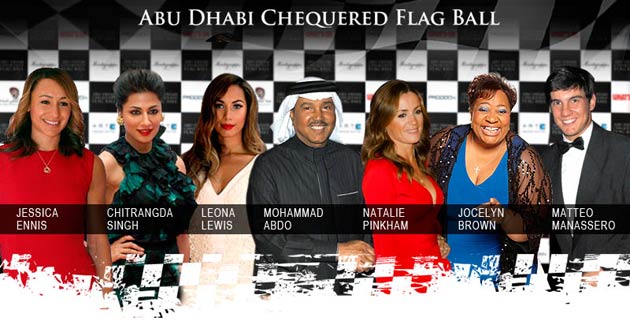 Now in its 4th year, the Chequered Flag Ball held in Abu Dhabi on the 2nd of November 2012 is one of the premier events in this city’s social calendar. For the third time, Italian Luxury Brand Montegrappa was the main sponsor, an opportunity for one of Italy’s most luxurious and prestigious house to introduce its hand-crafted pens to an ever-widening audience. 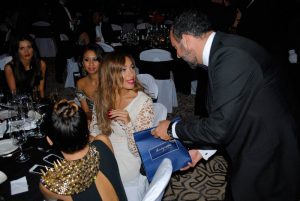 The timing was perfect for encouraging an international flavour to the stellar occasion, many well-known personalities, along with the cream of motorsports, descended on Abu Dhabi for the Abu Dhabi Formula 1 Race that weekend, the very occasion that inspired the Ball’s name. 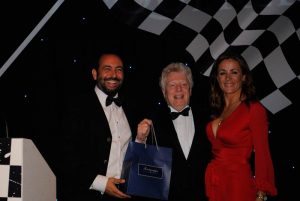 The Ball included Natalie Pinkham, a Sky Sports F1 presenter and Dubai-based UK TV presenter Tom Urqhart. The Chequered Ball featured entertainment was provided by Jocelyn Brown, and by Eddie Jordan and the Robbers. Along with main sponsor Montegrappa, the event was also supported by OK Magazine, Sport 360, Moet & Chandon champagne, the St Regis Hotel, Urban Events, Red Bull and the Abu Dhabi Tourism Authority.   Natalie Pinkham’s was an excellent hostess throughout the evening, engaging with the other guests and asking them their predictions for the race. Natalie also was a star on the Red Bull Simulator, where she convincingly out drove many of the formula one drivers whilst wearing her high heels!

Formula 1 legend and Montegrappa ambassador Jean Alesi made an appearance via a remote video message, and teased the audience with his prediction for the race, which he did not disclose, having written it on a paper with his Montegrappa pen and sealed in an envelope.