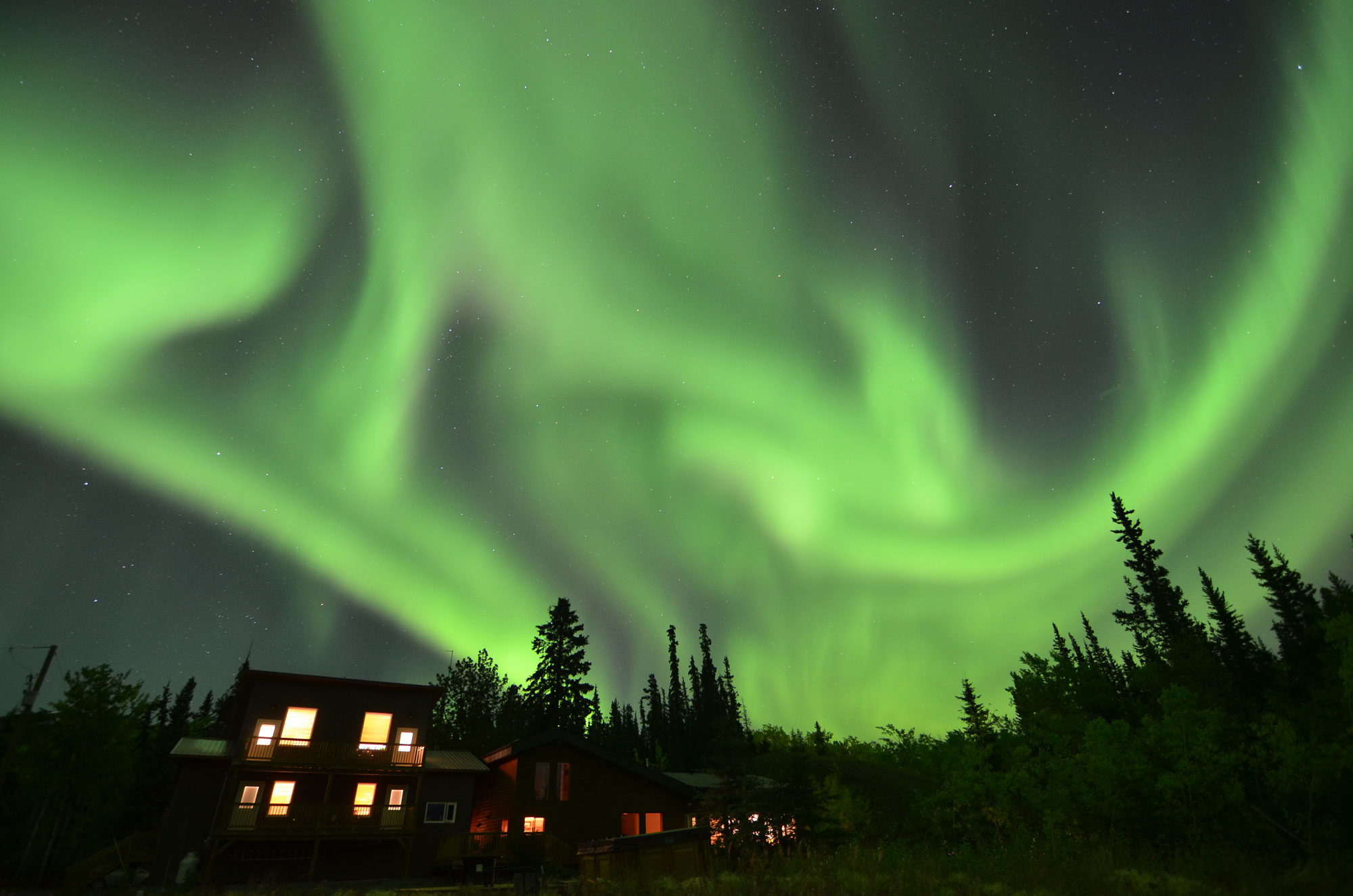 Witness the Northern Lights during a Yukon Winter.

“The skies of night were alive with light, with a throbbing, thrilling flame” – Robert Service, The Ballad of the Northern Lights

There is nothing quite like experiencing a Yukon winter. For some, it’s breathing in the white-clad beauty. Others hear the absolute silence. Some demand the physical challenges. Others exalt in the Northern Lights. But everyone wants the unforgettable memories.

From November to April, snow turns Yukon into a winter playground and our low-light winters make for exceptional viewing of the aurora borealis. This phenomenon—known to many people as the Northern Lights —appears like undulating ribbons of green, blue and red light. Scientifically speaking, the Northern Lights are the aftermath of explosions on the sun known as solar flares. 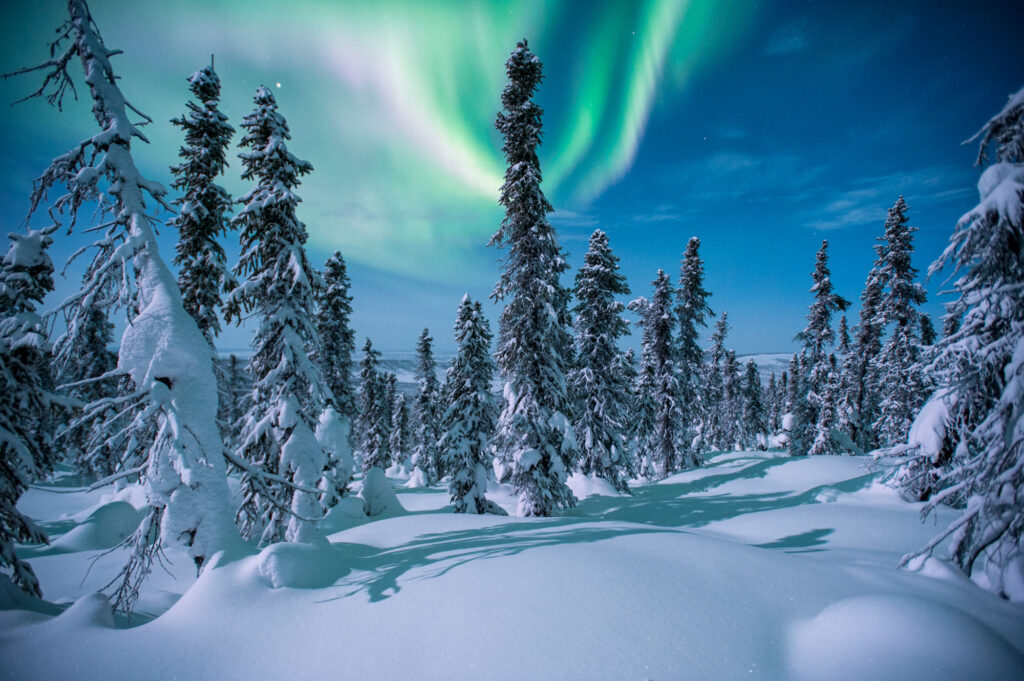 These explosions send a wave of high-energy particles into space. This ‘solar wind’ is drawn towards Earth’s magnetic fields, and solar dust particles concentrate like rings around the polar regions. They hit gases in our upper atmosphere and charge the gas molecules, making them glow like neon lights. If the earth did not have a magnetic field, we would not have the aurora. Depending on auroral activity and cloud conditions, you could spend hours watching with rapt attention as the magical show unfolds overhead. Whether you’re fascinated by the science or thrilled by the opportunity to photograph the aurora, the sight of dancing lights in the night sky nourishes all souls. While tour operators can’t guarantee you’ll see the aurora borealis, they will do everything they can to make your visit here memorable. They can direct you to the best viewing spots, share aurora lore and culture, and make sure you stay warm.

Aurora forecasting technology also helps increase the odds and Tourism Yukon have developed a tool to help predict when you can see this amazing phenomenon. With scientific data collected from the Space Weather Predicition Center, we’re able to forecast the aurora every 15 minutes.

Late nights are part of the aurora experience, so enjoy a slow start in a café, wander through Whitehorse galleries, visit the Kwanlin Dün Cultural Centre, and keep an eye out for a special piece of Yukon art to take home. Or if you fancy a little more action then why not try one of the following experiences: 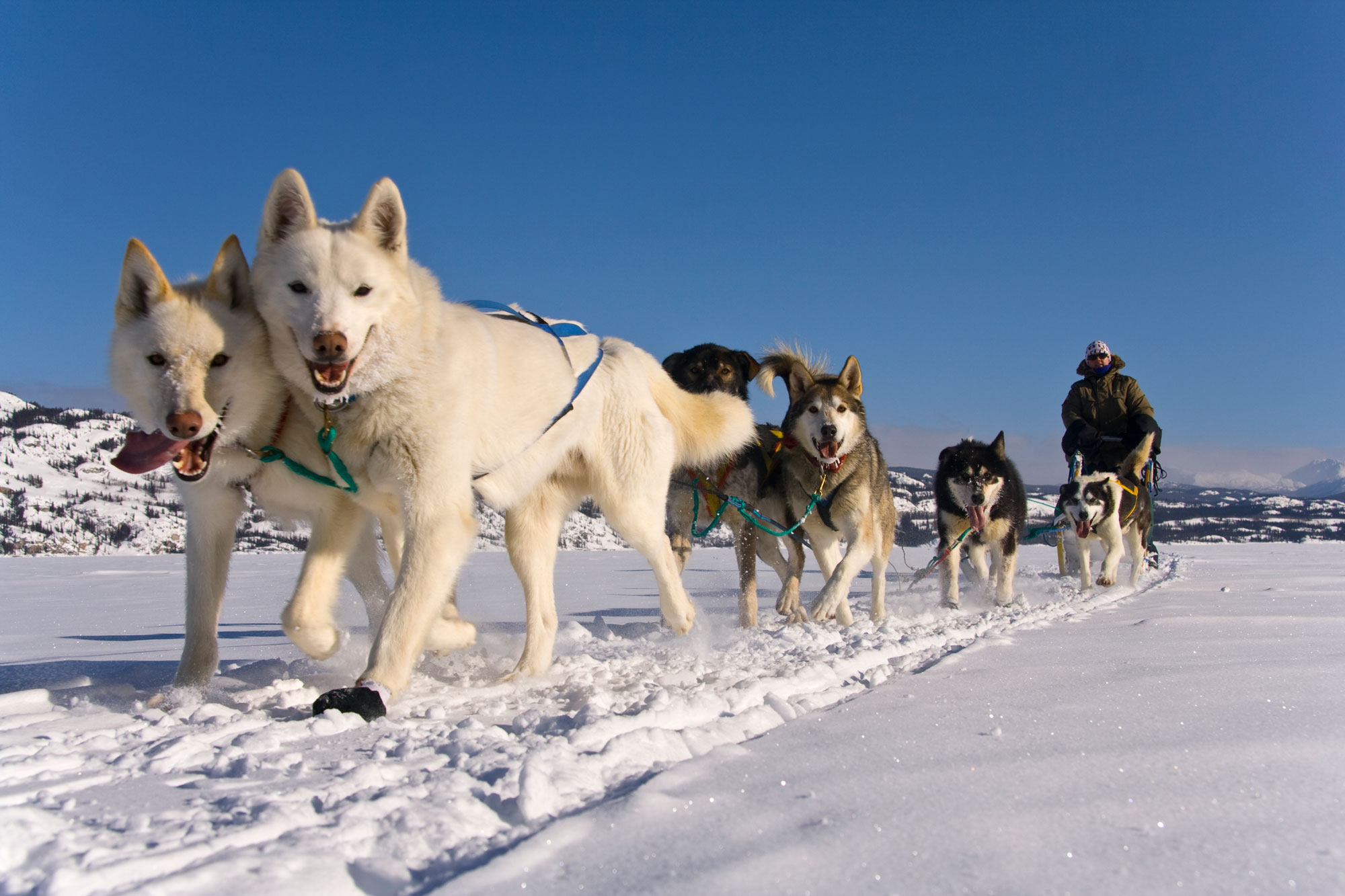 Situated in the upper Northwest corner of Canada, next to Alaska, the Yukon is Canada’s most accessible northern destination. Home to Canada’s highest mountain (Mount Logan) and one of the largest non-polar icefields located in Kluane National Park – a UNESCO World Heritage site – breathtaking doesn’t describe the vastness, or the beauty!

The Yukon is one of North America’s major wilderness attractions; close to 80 percent remains pristine wilderness with 5,000-metre peaks, forested valleys, unspoiled waters and untamed wildlife. Roughly the size of France at 483,000 square kilometers, The Yukon is home to more than 160,000 caribou, 70,000 moose, 22,000 mountain sheep, 6,000 grizzly bears and 220 species of birds… and only 34,000 humans!