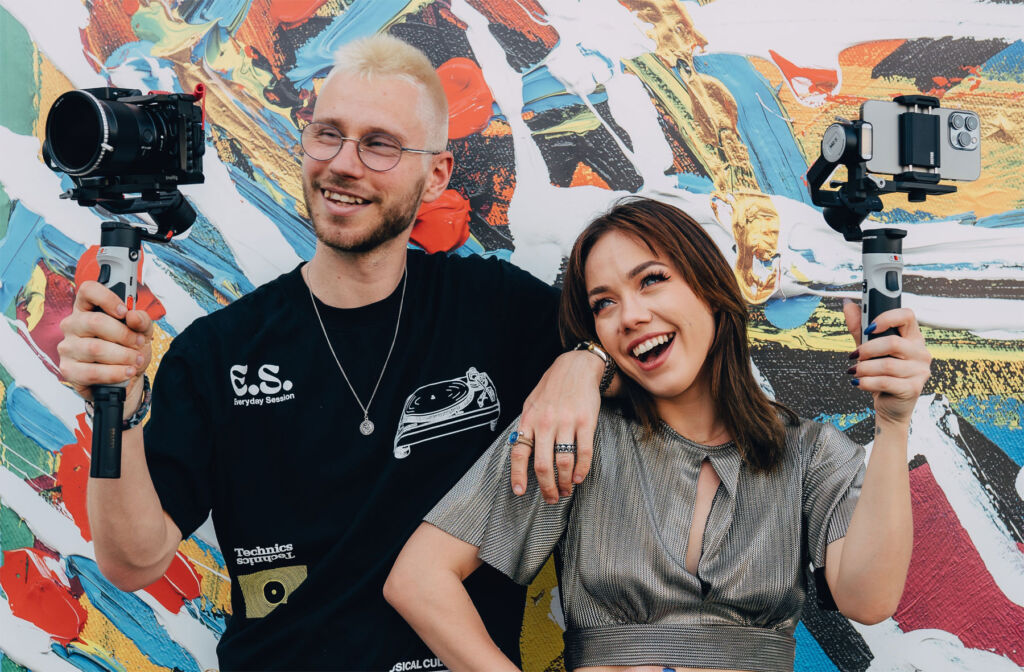 There are few things more annoying than watching an exciting video with shaky footage. Some will say it adds some form of authenticity; others, like me, would rather watch something that looks professional. To help our readers onto the smoothest path, I am putting the Zhiyun Crane-M2 S Combo Kit to the test to see whether I can get close to what I see on the big screen.

Regular readers will know that I am somewhat of a fan of Zhiyun’s stabilisers. Even a shaky-handed amateur like myself seems to be able to produce first-class footage and interesting shots using their products without any fuss or bother. Whenever gimbal specialists launch a new product, I’ll grab the opportunity, and in this case, I wanted to see whether a size reduction would impact the stabiliser’s capability.

The two options
Zhiyun’s Crane-M2 S stabiliser/gimbal is available in two options denoted by price. The lower priced ‘no-frills’ option comprises the stabiliser, a mini-tripod, a small bag and three Type-C USB cables. The more expensive combo kit comes in a rather smart looking white case (below), which is like a small backpack, embossed with some fancy white Chinese writing. 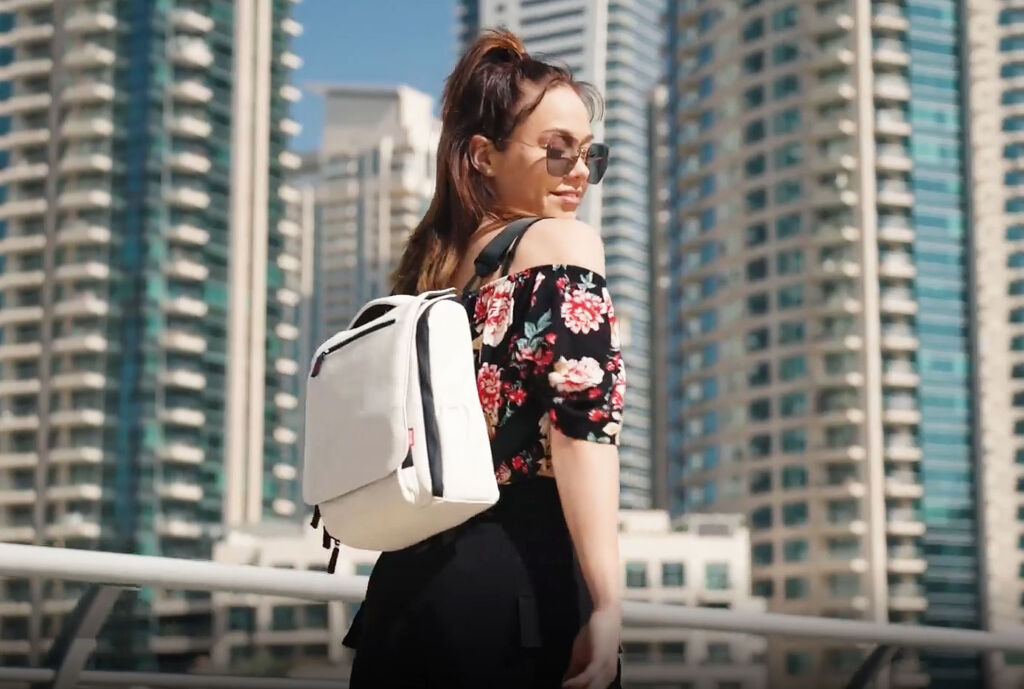 Like the other lesser priced option, the combo kit also comes with the stabiliser, three USB cables, a hand grip tripod and the addition of an always essential phone clamp (below). Both options also come with four coloured fill light filters. 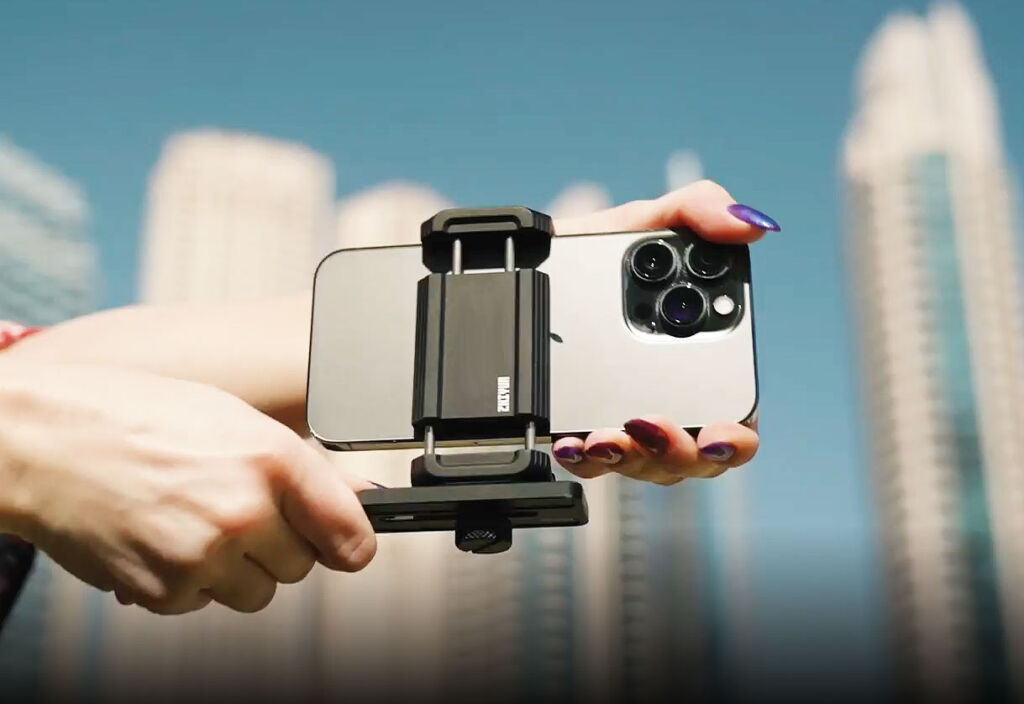 What I liked
The first thing you’ll notice about the Crane-M2 S is it is a nice looking product. The light grey and black colouring make it look like something straight from a science-fiction film set. Although it feels well made and robust, this does not equate to more weight. In fact, the stabiliser weighs just 550gms, roughly about the same weight as a small plastic ketchup container, the type you see in supermarkets that stand on their caps. 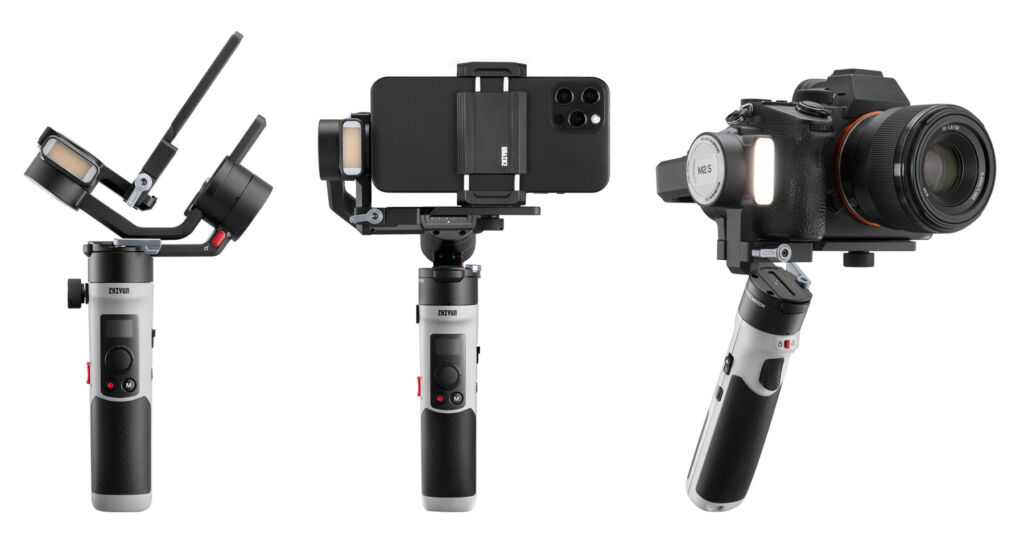 Another of the features I found very useful is the bright (approx 1000 lumens) built-in led light. The fill light feature was more than bright enough to smooth out even a craggy old face like mine. 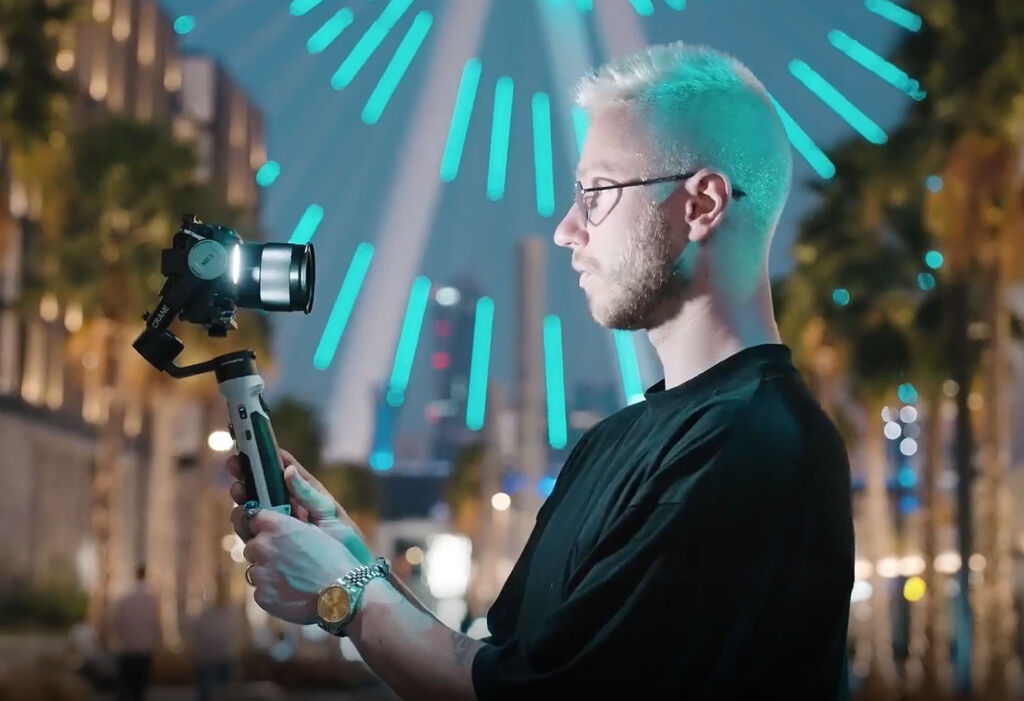 The light settings are adjustable via a finger tap, and there are five intensity levels. In conjunction with the coloured filters, the lighting should provide more than enough creative possibilities.

Built into the stabiliser is a 0.66-inch screen which gives you all the basic information you’ll need. It is a significant step up from earlier stabilisers that utilise the number of button presses to access modes that frequently left users no clue. 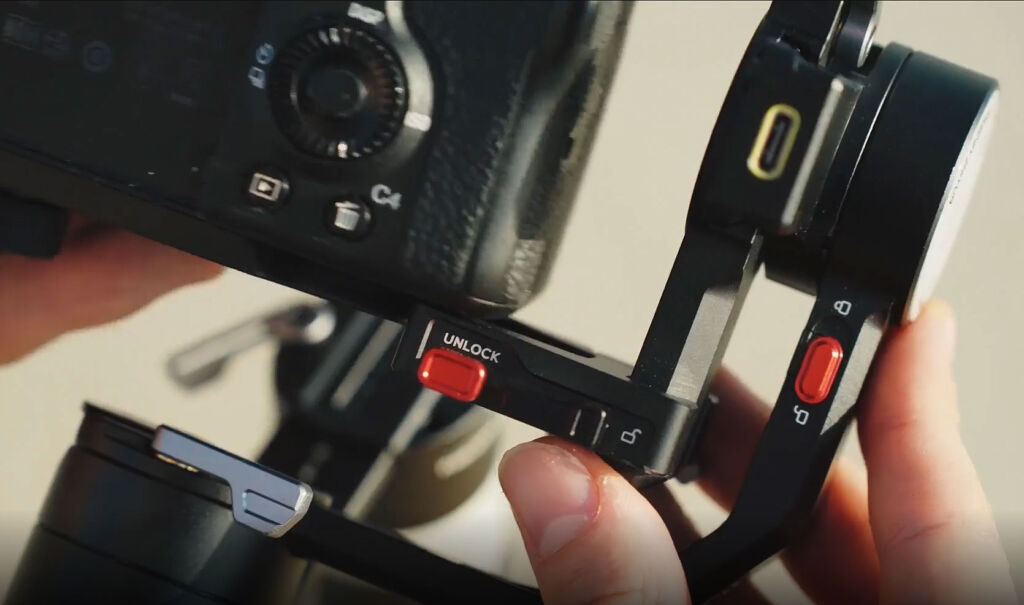 One of the handiest features of the Crane-M2 S that the more professional filmmakers will appreciate is the quick release plate with safety locks in a v-shaped design. This feature is only available on the company’s high-end gimbals and is similar to the release plates that you find on models from the better tripod brands such as Manfrotto. 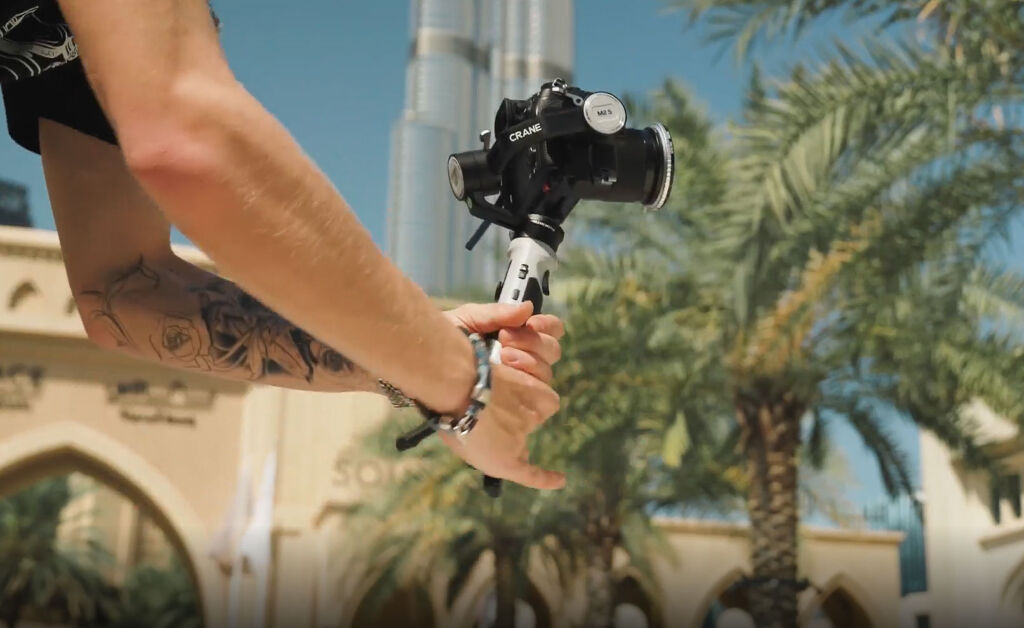 Using the Crane-M2 S
As with the other Zhiyun stabilisers I’ve tried previously, the Crane-M2 S was relatively simple to set up and use; however, on a few occasions, it did take a few tries to find the perfect balance point with my mobile. Most of the time, I chose to use it with my Huawei P40 Pro; however, on a couple of occasions, I tried with my mirrorless camera to see how the motors would react.

It seemed that the stabiliser was more comfortable with the dedicated camera, which is probably down to the heavier weight. Even with my mirrorless sat on top, there was no apparent strain or stress, and I never felt that I was pushing its engine to the limit.

The stabiliser has several ‘fancy’ modes built into it; these are:

I did try all of the Crane-M2 S’s ‘fancy’ modes above and found some to be fun. However, it was the basic stabilisation that I was most interested in as I was filming a walking video. In conjunction with Huawei’s already impressive stabilisation, the results were incredible.

When I watched the footage back, it looked like I was floating, not walking. At the beginning of this article, my goal was to get close to what I saw on the big screen, and I was quite sure that I did. 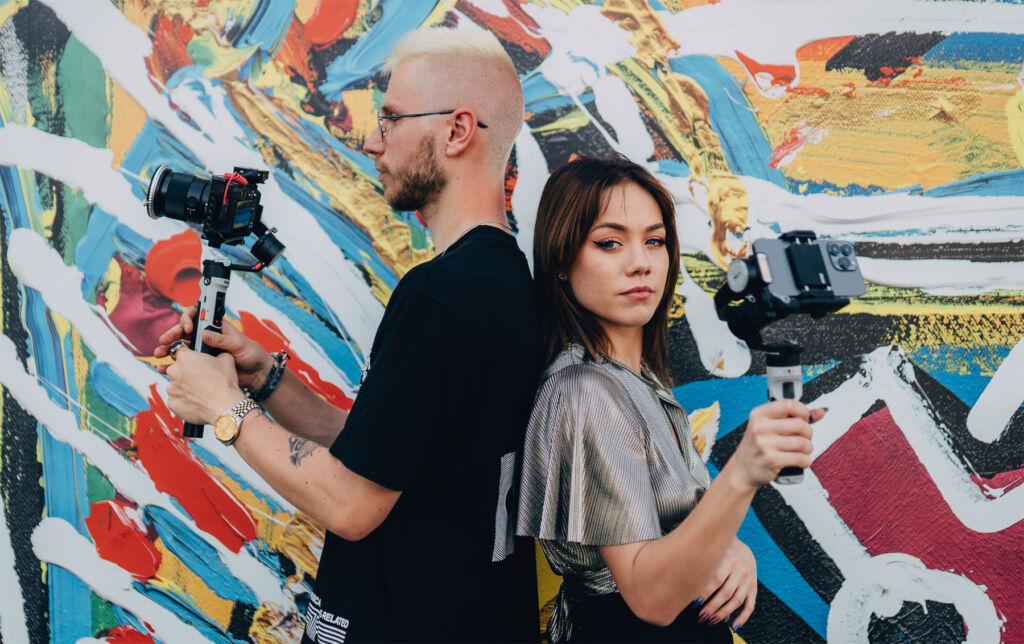 Summary
The Crane-M2 S is a well thought out product. It sits perfectly in the “Goldilocks Zone”, being not too big or small. The battery seems to last forever, and whilst I am on this subject, I should mention that the stabiliser supports the PD Smart Charge Protocol and when fully charged, the stabiliser can run for up to ten hours.

If you’re wondering why there is a need to add a stabiliser like the Crane-M2 S to your collection when most flagship smartphones come with stellar stabilisation options, I can offer a few: 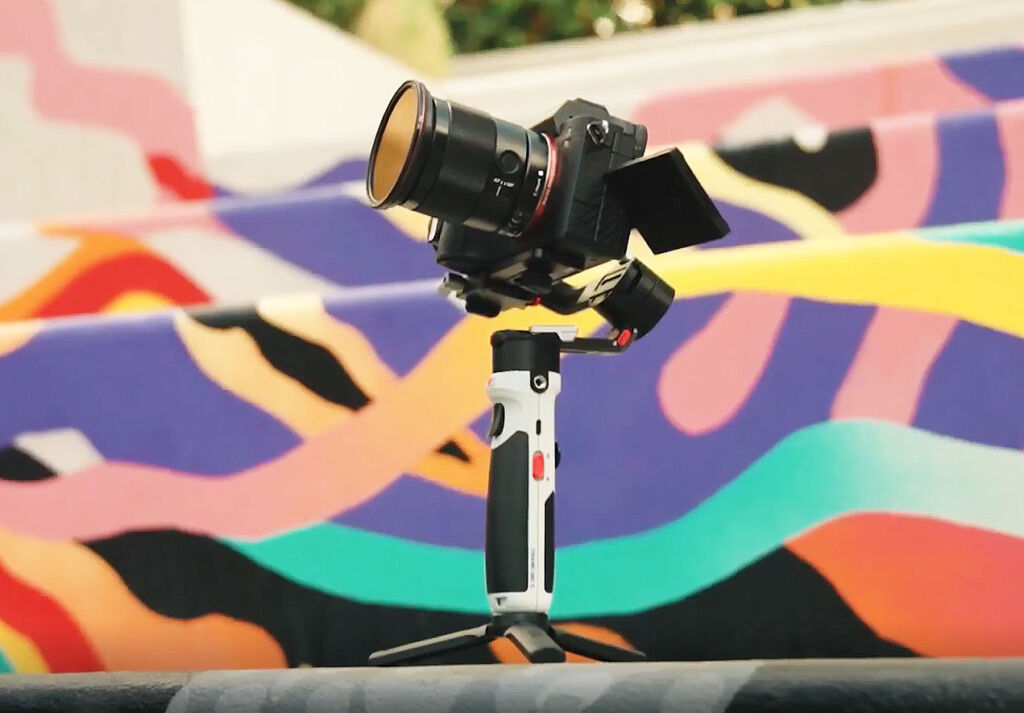 There are some things missing I’d personally like to see on the Crane-M2 S. For example, a cold-shoes on the phone mount or somewhere on the stabiliser to extend the range of options with a phone set-up or perhaps a decent built-in mic in the stabiliser? Hopefully, one or both of these will find their way into the next model?

If you want the best-looking video, and have a decent smartphone but need to keep an eye on the budget, the Crane-M2 S deserves serious consideration. As far as I am concerned, it’s well worth the price being asked.

For information about stockists and to view the full range of Zhiyun stabilisers, visit https://www.zhiyun-tech.com/.