In a little over four years, Luxurious Magazine® has evolved from a concept to becoming the most viewed European news page on Google Plus

Luxurious Magazine® is not only Europe’s most popular news media brand but also the world’s most popular magazine and luxury/lifestyle brand on Google Plus approaching 3/4 a billion views.

Our view numbers in almost every area dwarf even the dedicated single subject brand pages including those in the field of watches and jewellery, travel, dining, motoring, boating etc.

We have a team of journalists based around the world with incredible backgrounds and huge experience. These include two writers from the Fox/BSkyB Corporation, three ex-BBC writers/presenters and the former freelance writer of the year.

The Luxurious Magazine® editorial team is predominantly based in Europe, South Africa and Asia. Our team or writers is split 90/10 between English language writers and Asian language (Chinese/Thai/Bahasa) writers.

Our online magazine has thousands of bespoke articles and unlike some leading online publications, we do not delete any. We would go as far as stating that our articles will be around longer than an article published within a print magazine.

Luxurious Magazine® is a traditional and ethical media brand, we do not engage in anything to do with religion, erotica or politics. Our aim is to provide informative and enjoyable news to our global audience. Some people will point to the relatively low number of followers (compared to Google Plus) on our other channels. We maintain a policy of never doing anything to artificially inflate numbers either by cajoling people into following us, offering competitions, or simply asking people to do so. The people that follow us on our channels do so because the are genuinely interested in what we publish.

Unlike other leading news media websites such as the Daily Mail who predominantly target the population of the country in which they are based, Luxurious Magazine® is truly global meaning that when we publicize a brand/product/service the message is reached far and wide around the world.

People should not forget Luxurious Magazine® is a privately owned media brand based within a niche field competing against and performing better than many global news organisations in certain areas.

Luxurious Magazine has now been viewed on Google Plus more than all of these renowned media brands – Vogue, Daily Mail, The Guardian, CNN, Vanity Fair, ABC News, Le Monde, Forbes and MSNBC combined. 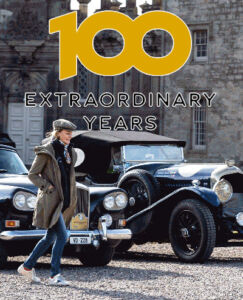