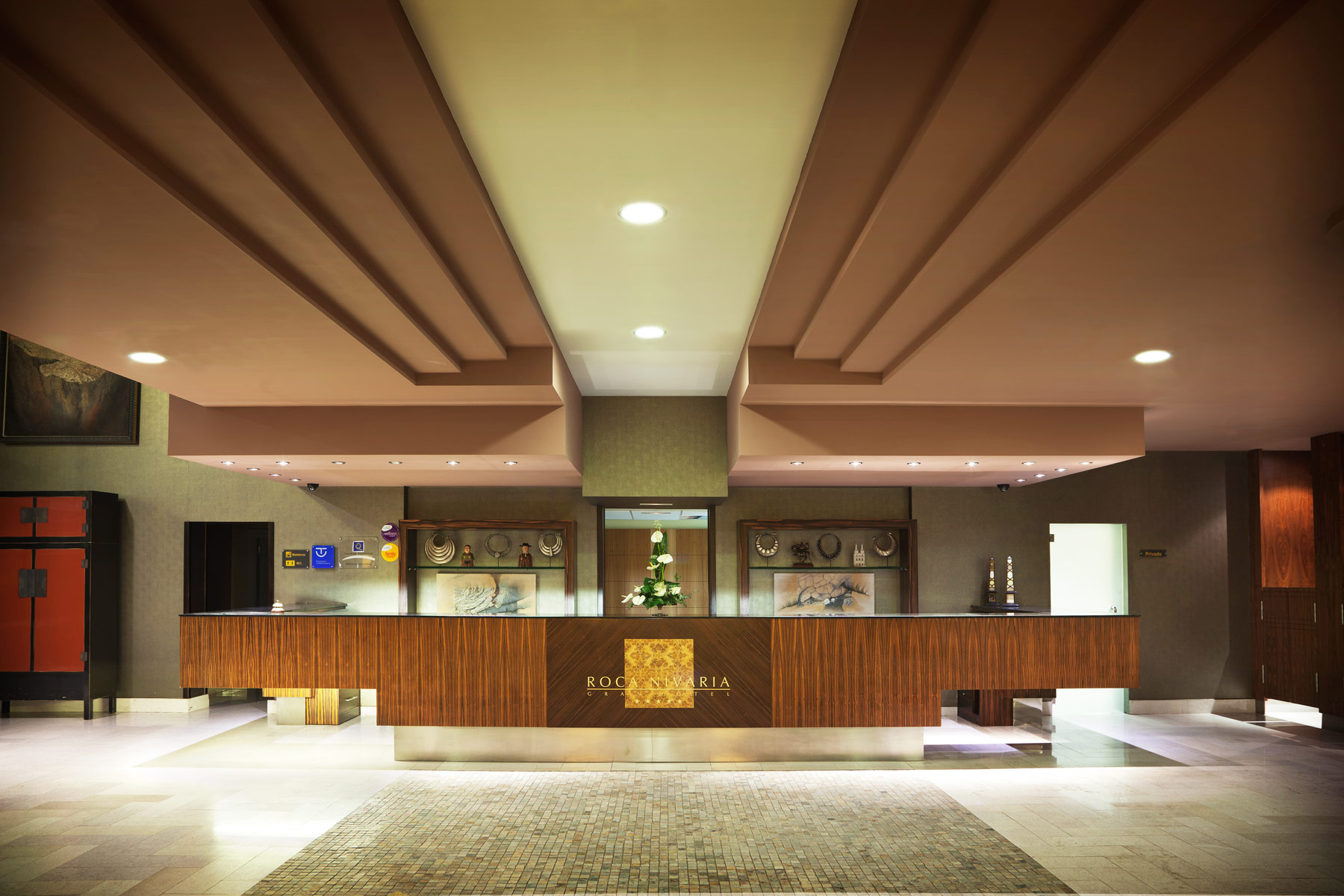 The open-air tennis courts with soft turf and a human-sized chess board will exercise the mind, while a visit to the spa will tend to your spiritual side. The Azules de Nivaria Spa has a wide range of treatments and circuits including hydro massage pool, therapeutic showers, tepidarium, and a footbath to stimulate the circulation of the feet and legs. There’s also a pool with a high concentration of salt to float.

Children’s fun is taken seriously here, and it’s Roni the hotel mascot’s mission to keep them happy. A Mini club is operated with a daily entertainment programme from 10 am until 6 pm for children aged between four and 14. And toddlers aged 10 months and above are also looked after at designated times so parents can have some respite or indeed do a spot of shopping at the gift shops selling clothes, jewellery and other knick-knacks. 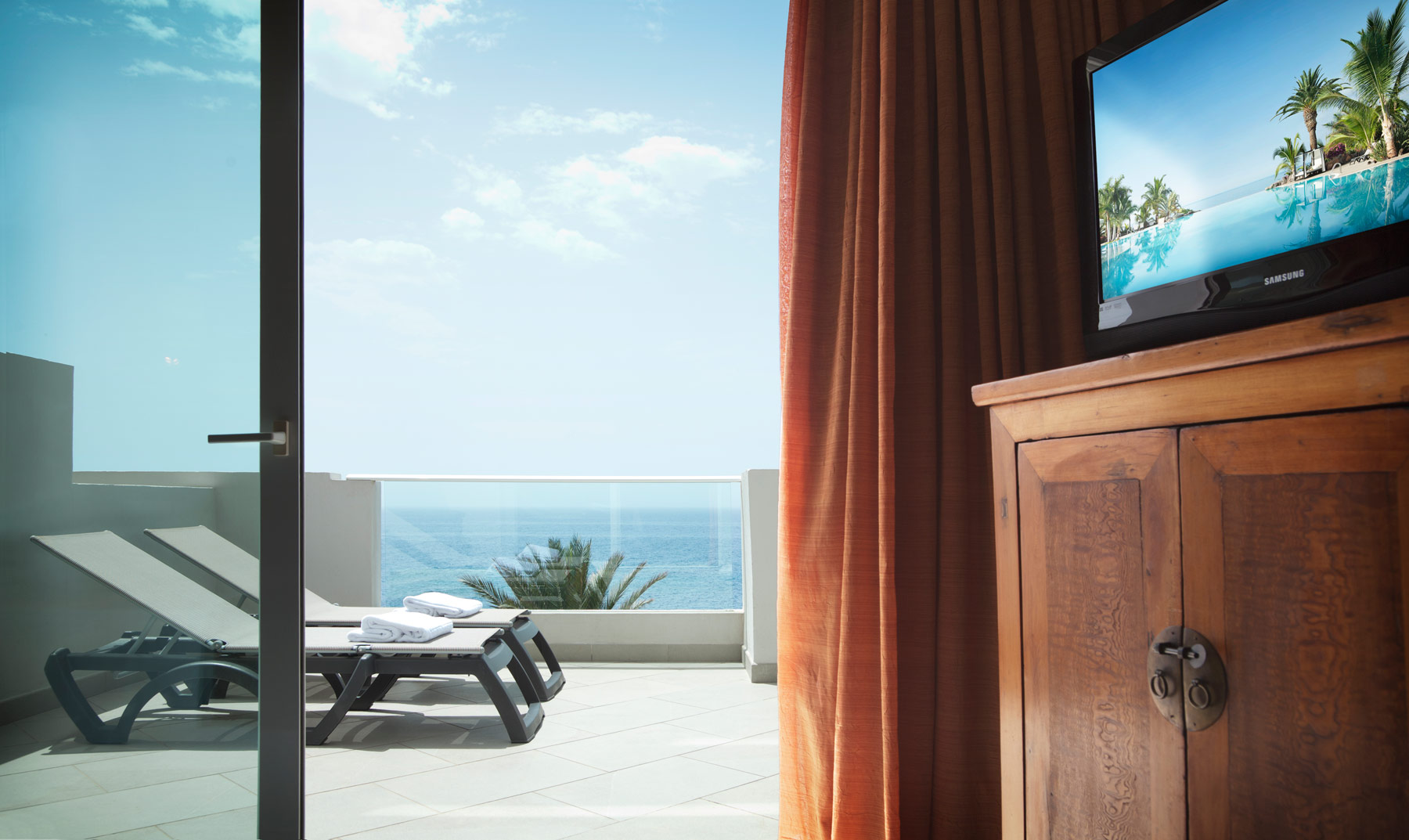 The 289 air conditions rooms are spacious and the private balcony was able to take twin sun loungers and a bistro set for two. I preferred to have the air con switched off in favour of allowing the fresh breeze circle inside from the floor to ceiling patio as I wondered about in this vast space. The bathrooms have a separate shower, a bath, fluffy robes and a “his and hers” basin. Sadly there are no kettles in the room for that all important cuppa, but one can be ordered at an additional charge from housekeeping.

The same applies to the mini fridge which is locked unless you pay for its usage. Now a mini bar I can live without, but the tea? Well, I am British after all.

In the evenings, it was a glass of champagne that I longed for while watching the sunset. Now a sunset by nature is mesmerising, but I found the best spot to see it at the hotel. I climbed the several flights of stairs to the vacant rooftop every day like an excited child. It was like I was the only guest who had discovered this spot. But I wasn’t ready to share this special moment during my stay at the Roca Nivaria Gran Hotel. But now I’ve returned, I wanted to share my little secret, so make sure you go and experience it for yourself when you visit.

Roca Nivaria Gran Hotel – Where and How?

Prices for a Junior Suite in the winter start at €333.75 per night – based on two adults and two children sharing on a B&B basis.