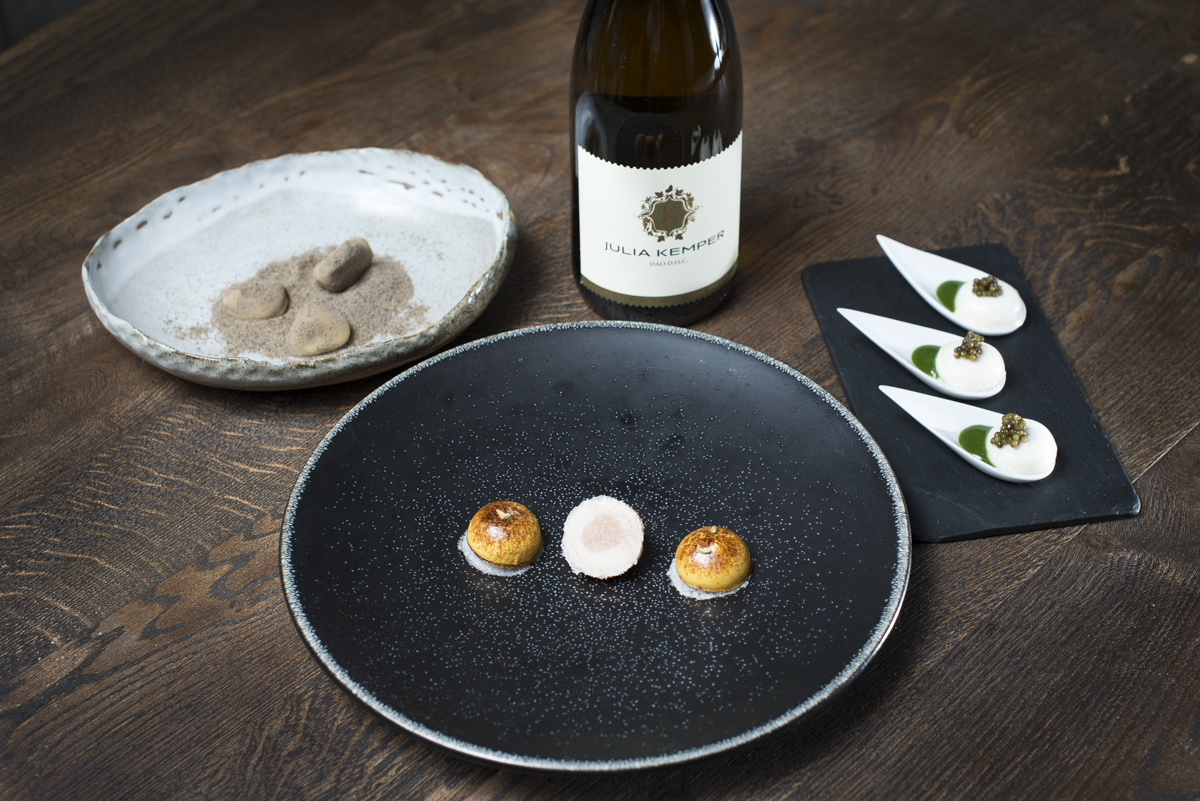 Within the wonderfully mood-lit modern wine bar, we were taken on a whistle-stop tour of fine-dining flavours as dishes from the specially created menu took to our table. 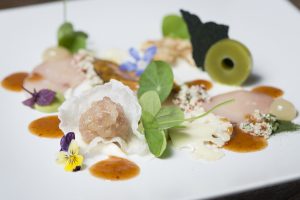 Expecting the aromas of piri-piri and red meat dishes to appear on the menu, we were instead presented with the real deal taste of Portugal of refreshingly light, fresh seafood and summer-inspired dishes.

Celebrating the essence of Portuguese fusion cuisine by combining traditional and contemporary methods, focusing on fresh ingredients and an injection of flavours, our degustation dinner began with bite-sized, patisserie-like appetisers called ‘chef’s greetings’ of a beetroot and foie-gras praline, sour cream, oyster and imperial caviar ball and a melt-in-the-mouth piece of black truffle goodness. To accompany them, we were given a glass of white wine by Julia Kemper (2013) from the Dão region.

For our starter, we had a beautifully presented, pretty and colourful, vibrant plate of lirio – thinly sliced carpaccio-style slivers of fish with cauliflower prepared in numerous ways and a ginger and lemon dressing, ready to wash down with another white wine match of Antão Vaz da Peceguina Malhadinha (2013) from the Alentejo region. 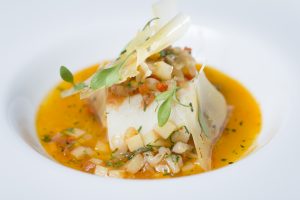 Our main course was another fresh, light and zingy dish of caldeirada of creamy, buttery black cod served in a soupy broth and served with a ruby red Gilda Tiago Teles (2013) from the Bairrada region. To finish, we indulged in a summery plate with flavours of sweet yogurt, raspberry, basil and lychee and to fully complete our menu, we sampled a sweet muscatel wine of Late Harvest Herdade do Esporão (2012) from the Alentejo region.

28°-50° is the inspirational vision of founders and owners, master sommelier Xavier Rousset and top chef Agnar Sverrisson, who also own the Michelin starred restaurant, Texture (www.2850.co.uk). 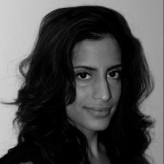